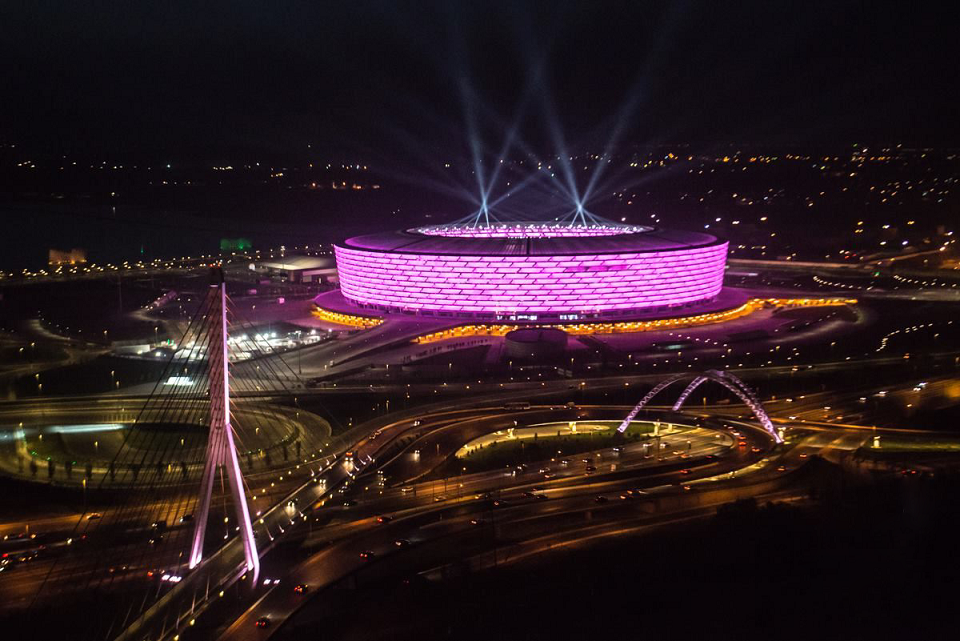 Football (soccer) fans can now get their hands on tickets for the opening of the 2020 UEFA European Football Championship games. The Azerbaijan Football Federations Association (AFFA), the national governing body for football in Azerbaijan, announced that tickets will go on sale on June 12 of this year, for a competition that is roughly 500 days away but highly anticipated.

Football aficionados will be able to book a seat at 12 stadiums across Europe, according to the announcement issued on AFFA’s official website. The kick-off whistle for Euro 2020 will be blown on June 12 and the biggest football show of the year will wrap up on July 12.

To celebrate the 60th anniversary of what is the ultimate soccer championship for European national teams, this year’s event will, for the first time, take place in stadiums across Europe rather than a single host country.

Twelve stadiums in 12 cities throughout Europe will play a host to the matches of Euro 2020 that will, for the second time, feature 24 teams instead of 16. Azerbaijan’s capital Baku and Russia’s Saint Petersburg will both host games.

Azerbaijan and Russia will host three group games and one quarterfinal game, alongside Italy, Denmark, the Netherlands, Romania, England, Scotland, Spain, Ireland, Germany and Hungary. Three Group A matches will be played in the 68,700-seat Olympic Stadium in Baku on June 13, 17 and 21. The quarterfinal game will take place on July 4.

The 68,000-seat Krestovsky Stadium in Saint Petersburg will host three games, on June 13, 17 and 22 for Group B and the quarterfinal match on July 3.

Stadio Olimpico in Rome will see the opening match of Euro 2020. The championship will wrap up in a final match at Wembley Stadium in London.