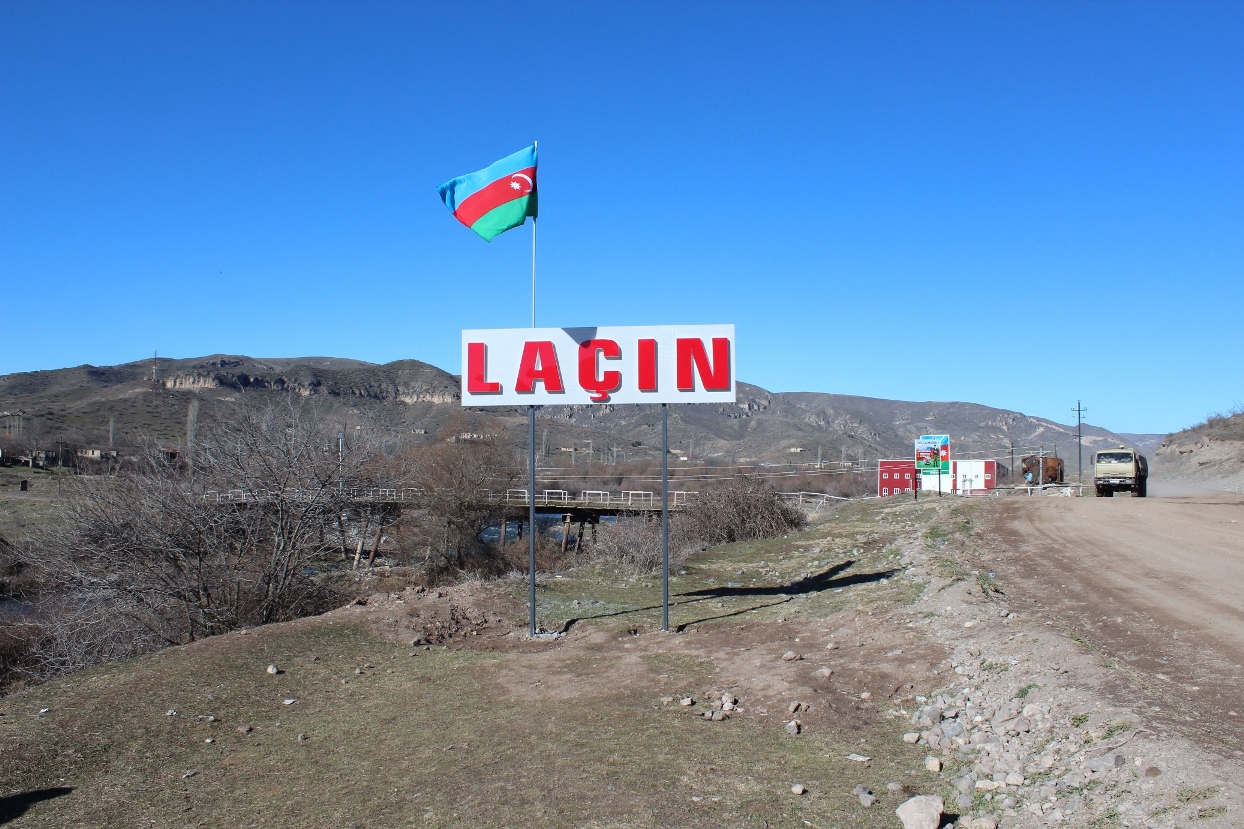 The Lachin district of Azerbaijan remained under the illegal Armenian occupation from 1992 until December 1, 2020 / Courtesy

Two years ago, on December 1, Lachin district has been returned to Azerbaijan after 28 years of illegal occupation by Armenia. The restoration of Azerbaijan’s sovereignty in the district followed a Russian-brokered statement that sealed the victory of Azerbaijan over Armenia in the Second Karabakh War.

In a televised address to the nation on December 1, 2020, Azerbaijani President Ilham Aliyev hailed the restoration of control over the areas as a historic achievement.

"Lachin district is one of our biggest districts. Lachin district will play an important part in the future economic development of Azerbaijan," said President Aliyev, adding that the return of the people to Lachin, who were forced to abandon their homes as a result of Armenia's occupation, is one of the main priorities.

"When Lachin was occupied, just over 50,000 people lived in it. Today the population of the Lachin district has reached 80,000 people. Of course, one of our main goals will be to return the residents of Lachin there as soon as possible."

Lachin, one of the largest districts in Azerbaijan spanning an area of 1,800 square kilometers, was occupied by Armenia's armed forces on May 18, 1992, connecting the occupied Karabakh region of Azerbaijan to Armenia.

The two South Caucasus neighbor countries Armenia and Azerbaijan have been at odds since the late 1980s with the dramatic rise in anti-Azerbaijan sentiments in Armenia, at the center of which stood Armenia's illegal claims for Azerbaijan's historic Karabakh (Garabagh) region. Following the Soviet Union’s dissolution in 1991, Armenia kicked off a full-blown military aggression against Azerbaijan. The bloody war until a ceasefire in 1994 saw Armenia occupying 20 percent of Azerbaijan’s internationally recognized territories. Over 30,000 ethnic Azerbaijanis were killed and one million others were forced to leave their homes. In 1993, the United Nations Security Council adopted four resolutions to demand the immediate withdrawal of the occupying forces from Azerbaijani lands and the return of internally displaced Azerbaijanis to their ancestral lands. Armenia failed to comply with all four legally binding documents.

As a result of the Armenian aggression, 264 people were killed, 65 were taken hostage, 103 became disabled. Additionally, 18 out of the 24,374 children in the district aged from one to 16 became martyrs, 225 were wounded, 1,071 children lost one, and 31 children lost both parents. Internally displaced persons (IDPs) from the Lachin district were accommodated in 59 other cities and districts of Azerbaijan. As a result of the occupation of the Lachin district, 217 cultural centers, 142 health facilities, 133 offices and enterprises, 100 secondary schools, preschool institutions, five musical schools, one boarding school, one vocational school, and one communication center were looted and destroyed by Armenia's forces.

Armenia's forces destroyed more than 200 historical monuments of local and 54 monuments of world importance, including the Albanian Agoglan monastery (6th century), the tomb of Malik Azhdar (14th century), a mosque in the village of Garagishlag, and an ancient cemetery in the village of Zabukh. Lachin History Museum and an old collection of gold, silver and bronze coins were plundered. An exhibit from the Lachin History Museum - a bag made of silver - was reportedly sold for $80,000 at Sotheby's in London.

The material damage caused to the area during the occupation is estimated to exceed $7.1 billion.

The Lachin district was the last of the three areas to be returned by Armenia to Azerbaijan as part of its obligations under the tripartite statement. The larger portion of it, except the city of Lachin and the villages of Zabukh and Sus, was returned to Azerbaijan on December 1, 2020, after 28 years of illegal Armenian occupation.

In August of this year, Azerbaijan completed the construction of the all-new road and eventually put it into operation. Following the launch of the new road, in August 2022, Azerbaijan reclaimed control over the city of Lachin and two surrounding villages to ultimately restore its sovereignty over the entire Lachin district.