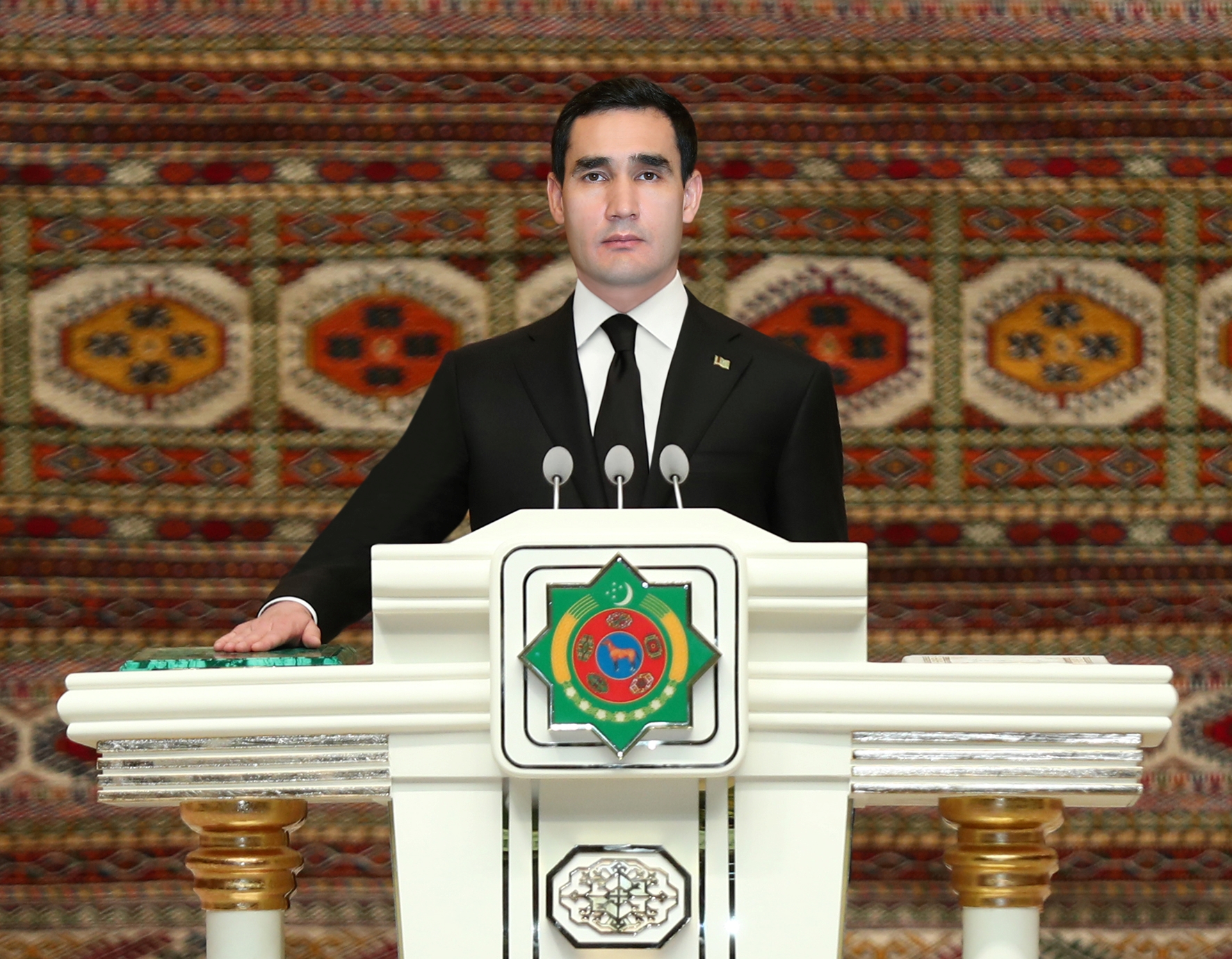 Turkmenistan’s president-elect Serdar Berdimuhamedow was inaugurated as the new head of state on March 19.

Berdimuhamedow, aged 40, was sworn in as a president, making a commitment to “strictly follow the Constitution and laws of Turkmenistan, guarantee the rights and freedoms of the citizens, faithfully fulfill the duties assigned to the President of Turkmenistan.”

Chairman of the Central Election Commission Gulmurad Muradov gave Berdimuhamedow the President’s certificate in the ceremony attended by the members of the government and the Security Council, heads of the government agencies, diplomats, and journalists.

The election came after Gurbanguly Berdimuhamedow addressed an extraordinary meeting of the upper chamber of parliament on February 11, saying that “young leaders should be given way.”

Serdar Berdimuhamedow had been nominated as a presidential candidate on February 14. He was appointed Turkmenistan’s deputy prime minister in July 2021 and also headed the country’s oil and gas industry in November. Previously, he served as minister of industry and construction operations, deputy governor of the central Ahal Region, and deputy foreign minister.

International observers from the Commonwealth of Independent States, the Organization of Turkic States, and the Shanghai Cooperation Organization said the recent presidential election in Turkmenistan was held “successfully.” A statement by observers issued on March 13 reads that the participation of candidates from three parties, as well as initiative groups, “indicates the recognition of diversity and pluralism” in Turkmenistan.

Addressing a joint meeting of the Cabinet of Ministers and the State Security Council on March 15, Serdar Berdimuhamedow said he would adhere to his father’s political and socioeconomic course.

“According to the announced plans, the president-elect intends to continue the development path formed when the country gained independence [from the Soviet Union] and to carry out the reforms started in politics, the economy, and the social and cultural spheres,” the report by Orient.tm reads.

He promised to “use all his strength, knowledge and experience to justify the trust placed in him by the voters.

“Specifically, his work will be aimed at ensuring a happy life for citizens, calm and security of Turkmenistan, and its prosperity,” the report reads.