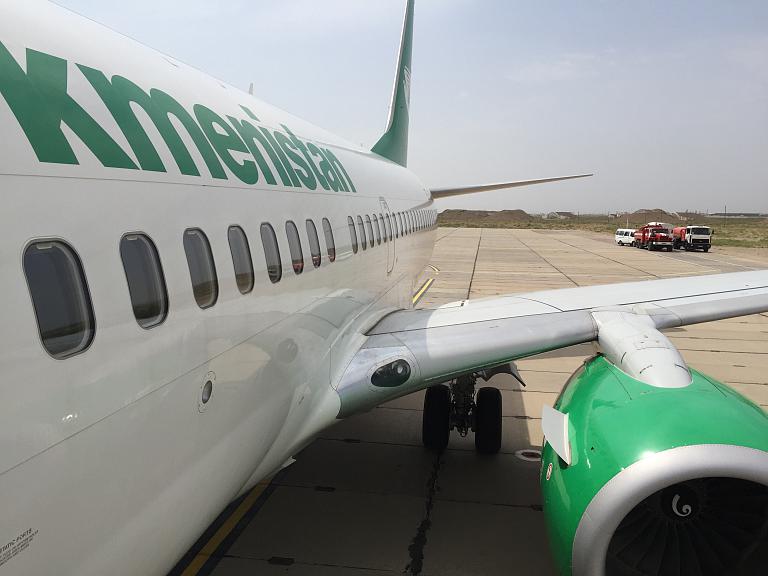 Turkmenistan Airlines is the flag carrier of Turkmenistan, based in the country’s capital Ashgabat. The airline operates domestic and international passenger and cargo services mainly from its hub at Ashgabat International Airport.

The government in Ashgabat has announced plans to purchase the country's first Boeing 777F, which will be added to the fleet of Turkmenistan Airlines.

The value of the deal, however, has not been disclosed. According to the data provided by statista.com, the aircraft may cost Turkmenistan an estimated $352 million.

The 777-200F jet provides significant savings for cargo operators around the globe, enabling them to take advantage of fewer stops and associated landing fees, less congestion at transfer hubs, lower cargo handling costs and shorter cargo delivery times. With a maximum takeoff weight of 347,814 kilograms, the 777-200F has a revenue payload capability of more than 105,233 kilograms and can fly 9,047 kilometers with a full payload at general cargo market densities, making it the world’s longest-range twin-engine freighter.

As of today, FedEx Express — one of the world’s largest cargo airlines — operates the largest fleet of the 777F cargo aircraft.

‘‘We should use all available opportunities to turn Turkmenistan into one of the largest international transport centers,’’ President Berdimuhamedow was quoted by state-owned Turkmenistan Golden Age newspaper as saying earlier this month.

‘‘Thanks to this, domestic aviators will be able to expand the geography of regular freight traffic and increase the frequency of flights on existing routes," the president added.

Officials in Ashgabat have spent months upgrading security, together with Lufthansa Consulting, an international aviation consultancy for airlines, airports, and related industries. On October 16, the restrictions were lifted after Turkmenistan Airlines confirmed compliance with technical requirements related to air operations in the EU territory.

Turkmenistan’s current partnership with Boeing is not exactly new: the company’s relationship with the Caspian region state dates back to 1992.

‘‘The 777 is the world’s most successful twin-engine, long-haul airplane and the 777-200LR is the right airplane to help Turkmenistan Airlines grow its international operations in Europe, Asia and beyond,’’ said Ihssane Mounir, senior vice president of commercial sales and marketing at Boeing.

The delivery of the aircraft is scheduled for January 2021.