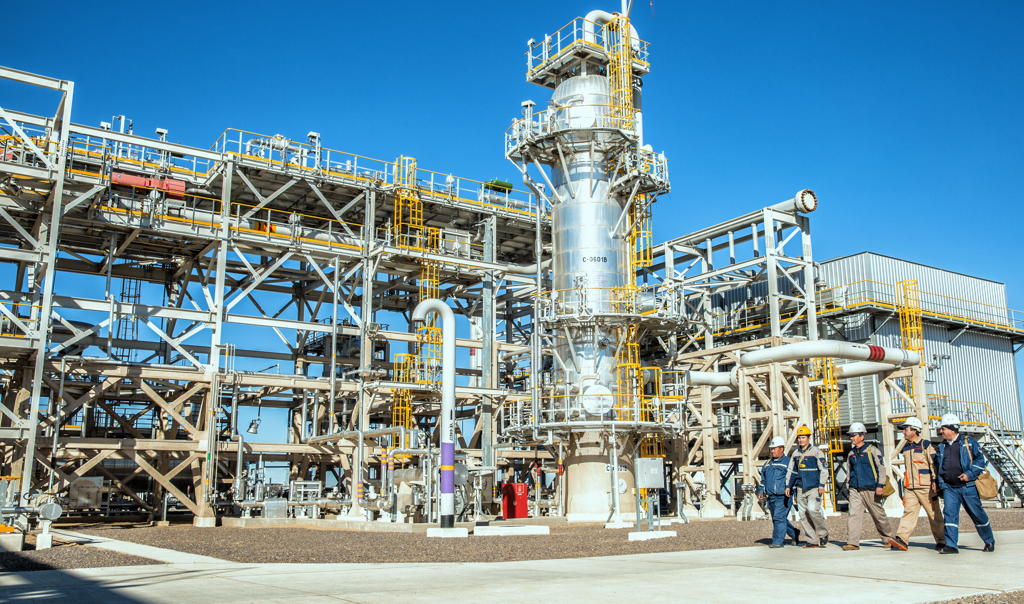 Turkmenistan supplied 34 billion cubic meters (bcm) of gas to China in 2021, and this figure will reach 65 bcm a year. / Orient.tm

Turkmenistan has unveiled plans to double natural gas exports to China and increase supplies to 65 billion cubic meters per year after it builds a fourth gas pipeline between the two countries.

The news, reported by Turkmen news website Orient.tm on October 14, comes after Turkmenistan and China reached an agreement on developing the second stage of the Galkynysh gas field. Turkmenistan supplied 34 billion cubic meters of gas to China in 2021.

Turkmenistan is the largest supplier of gas to the domestic market of China. In early October, former president and the speaker of the Turkmen parliament's upper house, Gurbanguly Berdimuhamedow revealed that Turkmenistan is working to increase the export of natural gas to China.

"Today, we are working on increasing the supply of Turkmen natural gas by taking into account the Chinese economy's growing demand and Turkmenistan's resources. In this regard, we are ready to discuss in detail the possibility of building a fourth pipeline route from Turkmenistan to China," Berdimuhamedow said in an article published by a Turkmen newspaper on October 3.

In mid-September, Turkmen President Serdar Berdimuhamedow and Chinese President Xi Jinping discussed cooperation in energy and other areas on the sidelines of the 22nd meeting of the Council of Heads of State of the Shanghai Cooperation Organisation (SCO).

President Xi Jinping stressed that “the sides are interested in increasing the scale of cooperation between the countries in the areas of natural gas [production] and non-commodities. Such projects will give a new impetus to the development of bilateral economic cooperation,” Orient.tm reported on September 15.

For his turn, the Turkmen president noted that "the current Turkmen-Chinese partnership has seen development in such strategic areas as trade, energy complex and transport - namely cross-border cargo transport - as well as in the areas of culture and education."

During a visit to Turkmenistan on September 6-7, China's Special Representative for Eurasian Affairs Li Hui met Turkmenistan's President Serdar Berdimuhamedow and discussed the expansion of relations in the energy, transport and communications sectors, as well as the chemical, textiles and high-tech industries.

In recent years, China has increased its economic presence in Turkmenistan and is currently heavily involved in the Central Asian country's natural gas sector. Chinese companies are actively cooperating with Turkmenistan's fuel and energy complex.

The Galkynysh gas deposit, located in Mary province in the southeast, is considered one of the biggest in the world and may hold more than 27 trillion cubic meters. Gas from the Galkynysh field is supplied to China via the Central Asia-China pipeline. The pipeline is designed to deliver 40 bcm of gas annually, while its capacity may reach 55 bcm per year.