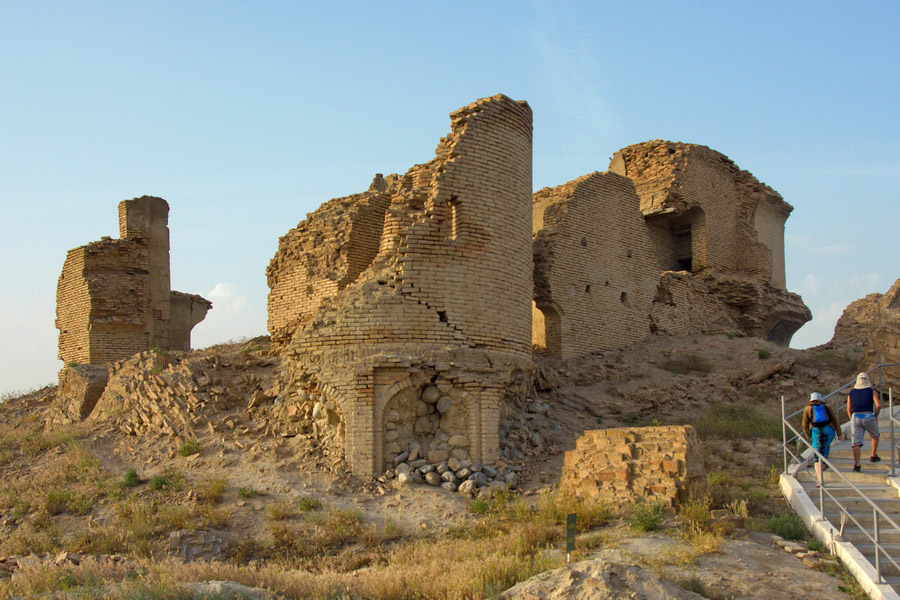 The ruins of Sheikh Jemaliddin Mosque in Anau, Turkmenistan. / Advantour

Turkmenistan’s government has established an organizing committee to hold events to celebrate the proclamation of the ancient city of Anau as the 2024 cultural capital of the Turkic World.

According to the decree of President Serdar Berdimuhamedow, departments and institutions subordinate to the Ministry of Culture were ordered to ensure that the planned events will be held at a high organizational level.

The decision on the election of the Turkmen historical city of Anau as the cultural capital of the Turkic World was adopted unanimously following the meeting of the International Organization of Turkic Culture (TURKSOY) in Bursa, Türkiye on November 6, 2022. At the same time, TURKSOY declared 2024 the year of the great poet and thinker of the Turkic World, Magtymguly Fragi, on the occasion of his 300th anniversary.

Anau is located 8 km east of the Turkmen capital city of Ashgabat, and its history goes back more than 7,000 years. A Turkmen and US archaeological expedition excavated the site Anau in the 1990s and in the first years of the 2000s. Not far from the modern city of the same name, there are the ruins of ancient settlements belonging to the Anau culture, including ceramic and crockery-ware, bone pipes, knives and hatchets with handles shaped in the form of birds.

The Anau culture was first mentioned in 1904, when Rafael Pampelli, an American archaeologist stumbled across the ruins of ancient settlements in the desert of southern Turkmenistan. Approximately this civilization existed in the V-I millennium BC and was a contemporary of the Sumerian civilization. Not far from the ruins of the ancient settlements there sprang up the Anau fortress — well preserved and survived up to date.

The early finds in the fortress confirm that in the VIII-XII centuries the fortress was in hands of the Arabs, then it was destroyed by the Mongols, but as early as at the end of the XIII century it was restored again. In the Middle Ages, the fortress developed into a small town.

Only a few ancient buildings have survived to this day, with the most famous of them being the Sheikh Jemaliddin Mosque. This medieval construction was built in the 15th century, but the Ashgabat earthquake in 1948 ruined it.

In 2005, the “Ak Bugday” National Wheat Museum which houses many ancient artifacts, was built in Anau.