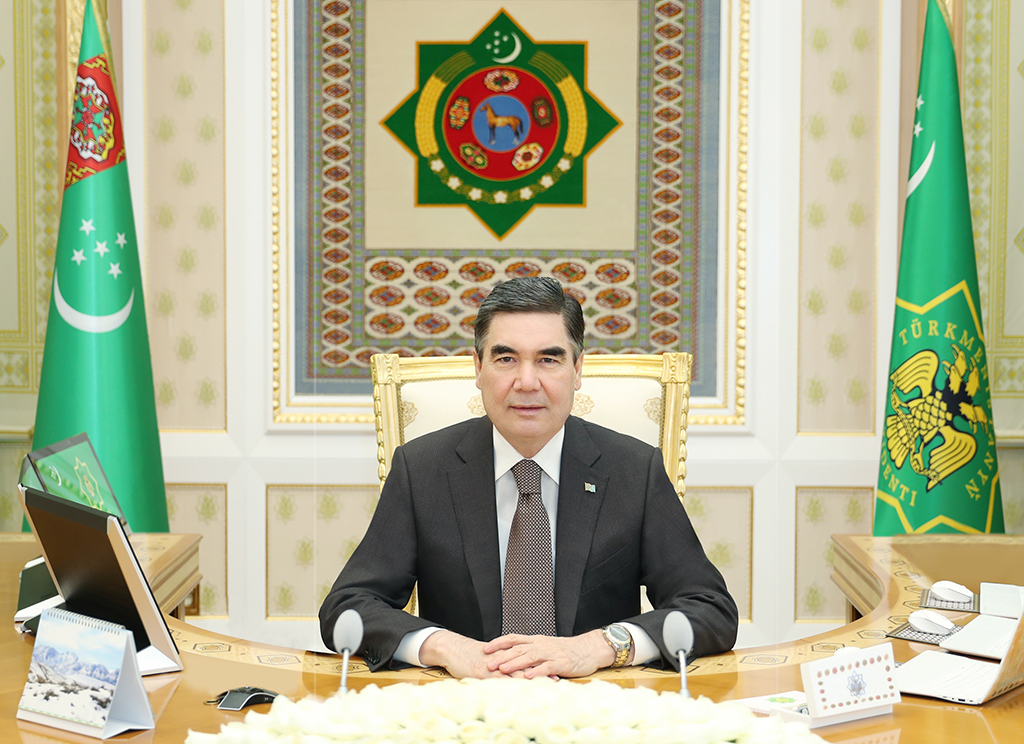 Turkmenistan will hold an early presidential election on March 12, after President Gurbanguly Berdimuhamedow hinted he planned to resign. / turkmenistan.gov.tm

The nomination of candidates for the upcoming snap presidential election has officially kicked off in Turkmenistan.

“The Central Commission for Holding Elections and Referendums has announced the start of the election campaign from February 14, 2022, which includes several stages such as the nomination of candidates, their registration and meetings with voters”, the state-run news agency Turkmenistan Today reported.

From this date, political parties and initiative groups of citizens will begin holding meetings to nominate their candidates for the highest state position.

According to the report, the election scheduled for March 12 will be held “in strict compliance with the country’s current electoral legislation and international law.” It will be reportedly monitored both by national observers from political parties and public organizations and by international experts and observers.

On February 11, Turkmenistan’s President Gurbanguly Berdimuhamedow addressed the extraordinary meeting of the upper chamber of parliament, saying that the “young leaders should be given way.”

“I support the idea of making way for young leaders, who have been brought up in the spiritual environment and in line with the high demands of the time, in public administration at the new stage of our country’s development. I intend to use my huge life and political experience in the post of the chairman of the Halk Maslahaty [the upper house of parliament],” he added.

President Berdimuhamedow, whose current term was set to end in 2024, also holds the posts of chairman of the Cabinet of Ministers, chairman of the State Security Council, supreme commander-in-chief of the Turkmen armed forces, and chairman of the Halk Maslahaty.

He became acting president in December 2006, after the death of President Saparmurat Niyazov, who pursued the policy of “Turkmenization.” In February 2007, Berdimuhamedow won the presidential elections gaining 89.23 percent of the electors’ votes. After his election, he pledged to continue Niyazov’s policy but stated that he would make Turkmenistan “more open.”

As a president of Turkmenistan, Gurbanguly Berdimuhamedow took some measures to integrate Turkmenistan into the international community and ease the state’s internal policy. He made the strategic change in the country’s foreign policy, expanding trade and economic cooperation with several countries, foremost in the energy sector.

Most observers suggest that the 64-year-old leader’s only son, Serdar Berdimuhamedow, will succeed him as the head of state.

Serdar Berdimuhamedow was appointed Turkmenistan’s deputy prime minister in July 2021 and also led the country’s oil and gas industry in November. Previously, he served as the minister of industry and construction operations, a deputy governor of the central Ahal Region, and a deputy foreign minister.

On February 14, the Turkmenportal news agency reported that Serdar Berdimuhamedow had been nominated as a presidential candidate.