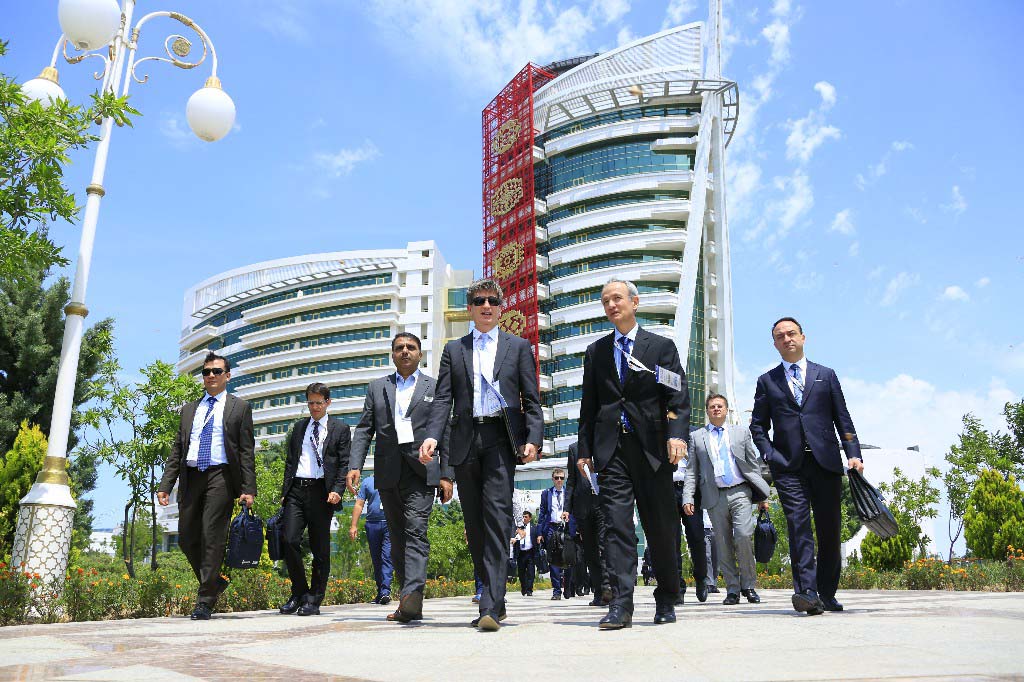 The Caspian Economic Forum kicks off on Sunday in Avaza, a coastal resort city in Turkmenistan along the Caspian Sea, and is expected to bring together more than 1,500 foreign guests, including officials representing nearly 30 international organizations.

Foreign entrepreneurs and investors will be flocking to Turkmenistan next week as they look for ways to expand trade and investment ties within the Caspian region.

The Caspian Economic Forum kicks off on Sunday in Avaza, a coastal resort city in Turkmenistan along the Caspian Sea, and is expected to bring together more than 1,500 foreign guests, including officials representing nearly 30 international organizations, according to the Union of Industrialists and Entrepreneurs of Turkmenistan. At the same time, high-ranking government officials and entrepreneurs from Russia, Azerbaijan, Iran and Kazakhstan will also participate.

The agenda includes discussion panels on how to increase investment attractiveness for industry and the energy, trade and tourism sectors. Russia’s foreign minister, Sergey Lavrov, believes the time is right to further economic cooperation in and beyond the Caspian region.

“That’s why the idea of the Caspian Economic Forum, which was proposed by the President Gurbanguly Berdimuhamedow, was very timely,” Russia’s top diplomat said in an interview with Foreign Policy and Diplomacy of Turkmenistan, according to reports by RIA Novosti.

The first day of the forum also includes opening ceremonies of the international exhibition of innovative technologies and an automobile exhibition dubbed “Turkmen Sahra - 2019.” The five Caspian littoral states – Turkmenistan, Azerbaijan, Russia, Kazakhstan and Iran – will each showcase recent national achievements at the exhibition in Avaza.

Russia will reportedly be represented by more than 10 enterprises, some that will showcase equipment for the production of new-generation building materials, as well as equipment for the oil and gas industry, drilling, and explosion-proof paraphernalia.

Some believe the two-day forum will help establish ties between foreign and local entrepreneurs and manufacturers.

“Everyone with the economic interests in the region was invited to the forum. One can be sure that during the conference and exhibitions mutually beneficial business contacts will be established,” said Valery Chumakin, an analyst, according to reports by Central Asia News.

Meanwhile, Turkmenistan is getting ready to welcome hundreds of guests as the country’s air carrier Türkmenhowaýollary is scheduled to operate additional charter flights from August 6-14. The new flights are expected to connect Istanbul, Astrakhan and Turkmenbashi.

As a post-Soviet country with about six million people, Turkmenistan has a gross domestic product (GDP) of over $103 billion (at purchasing power parity), which makes it Central Asia’s third-largest economy, behind Kazakhstan and Uzbekistan, according to U.S. government statistics. Although the country produces crops for export, Turkmenistan’s wealth is primarily derived from hydrocarbons, as exports – the bulk of which are natural gas shipments going to China – make up 25 percent of GDP.

Ashgabat has been enthusiastic to see the country join major regional transportation and logistical projects, including the Lapis Lazuli international transit route that links Afghanistan to Turkey via Turkmenistan, Azerbaijan and Georgia; and the Black Sea-Caspian Sea Transit-Transportation Corridor. And officials are hoping the upcoming Caspian Economic Forum will help the country promote its products along new transportation and transit corridors.

“The forum features speeches and reports, the exchange of experience and presentations, meetings and round tables which is a convenient platform to promote projects, ideas and business,” Chumakin told Central Asia News.

“The development of regional trade and economic ties, transport and transit corridors will allow increasing volumes of export of Turkmen goods, including through the Caspian to Europe,” he added.