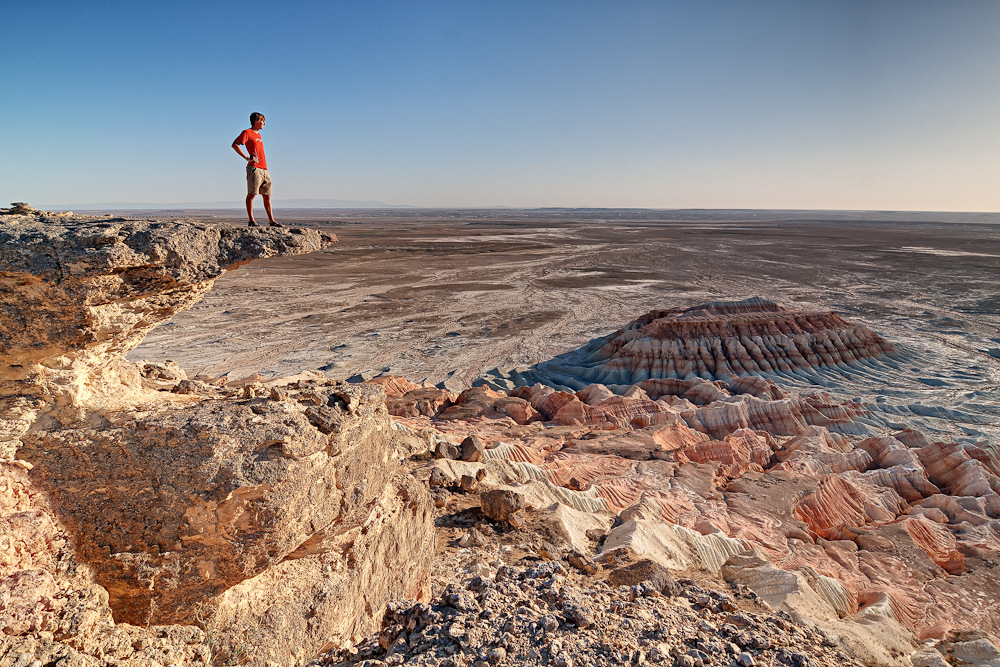 With bands of pink, red and yellow rock searing across the sides of steep canyon walls, Yangykala is a breathtaking sight and one of the most spectacular natural attractions in Turkmenistan. / ashkhabadka / LiveJournal

With more than 50 countries eager to showcase their touristic know-how during a four-day travel exhibition in China, visitors to Shanghai this spring have an opportunity to explore Turkmenistan, arguably the least explored and enigmatic country in Central Asia.

For the first time ever, Turkmenistan will join the international travel and tourism industry exhibition dubbed Shanghai World Travel Fair, which will run from April 18-21 in what is the second most populous city in the world. The organizers are expected to put together material and presentations showcasing some of the best destinations in the Caspian country, in an attempt to entice travelers to take a unique and memorable trip.

Turkmenistan, a country in Central Asia bordered by the Caspian Sea and largely covered by the Karakum Desert, is known for archaeological ruins including those at Nisa and Merv, major stops along the ancient trade route the Silk Road.

Awaza seaside resort, which is located on Turkmenistan’s coastline along the Caspian Sea, is ranked as the country’s main tourist attraction. Launched in 2007, the complex consists of modern architectural sites and six world-class hotels, along with a yacht club, cozy restaurants and cafes, spas and sports centers. In addition, an aqua park is scheduled to come online sometime in 2020. Many tourists to the region are unaware of the resort, resulting in less crowds and more space for visitors to relax and enjoy the waters of the world’s largest lake and golden sandy beaches.

With bands of pink, red and yellow rock searing across the sides of steep canyon walls, Yangykala is a breathtaking sight and one of the most spectacular natural attractions in Turkmenistan. There are oddly-shaped rocks in layers of white, green, pink and red in a desolate setting located approximately 160 kilometers east of Turkmenbashi.

Another destination worth visiting is the Darvaza gas crater, dubbed by locals “the door to hell,” or “gates of hell.” Located in the Karakum Desert a little over 150 miles from the country’s capital of Ashgabat, the pit attracts hundreds of tourists each year. In the early 1970s, Soviet geologists started to drill at the site in the Karakum desert where they tapped into a cavern filled with natural gas, and as a result a big hole full of gases appeared. The team decided to burn it off to avoid accidents, but the site is still lit and burning to this day.

Since 2003, when the Shanghai World Travel Fair was held for the first time, more than 750 exhibitors from 53 countries have participated in the exhibition annually. This year’s edition is expected to bring together representatives of travel agencies, online tour operators, airlines, theme parks, hotels and insurance companies.