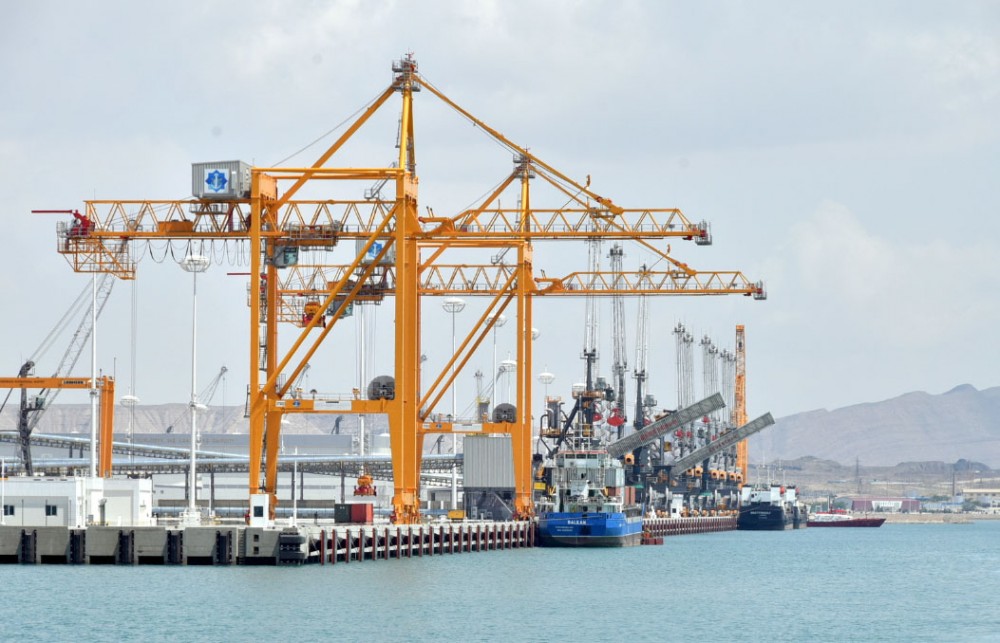 Officials in Ashgabat hope the port, costing $1.5 billion, will help Turkmenistan strengthen its economy by handling shipping traffic between Asia and Europe. / Azertag

On May 2, Turkmenistan’s President Gurbanguly Berdimuhamedow inaugurated a new cargo and passenger seaport on the Caspian Sea. Officials in Ashgabat hope the port, costing $1.5 billion, will help Turkmenistan strengthen its economy by handling shipping traffic between Asia and Europe.

“Our goal is to give a powerful impetus to the further dynamic growth of the entire national economy, and to attract investment in its various segments through the construction of modern port infrastructure,” Berdimuhamedow said Wednesday while addressing an international forum headlined “The Great Silk Road: To the New Frontiers of Development.”

Turkmenistan’s economy took a hit in 2016 and 2017, when Iran and Russia shut off their gas markets due to price disputes.

According to the Turkmenistani government’s report, the newly launched port, located in the western city of Turkmenbashi, is capable of handling 17 million tons of goods per year with the possibility of expanding its capacity to 26 million tons.

Covering a territory of roughly 376 acres, the newly launched port also includes passenger and transport terminals, designed to serve 300,000 passengers and 75,000 vehicles per year. In addition, a plant has been launched for the construction and maintenance of ships.

The construction of the port was initiated within the government-backed plan launched in 2014 and aimed at the development of the Turkmenbashi international seaport and country’s maritime merchant fleet. Meanwhile, officials in Turkmenistan announced the country’s intent to integrate the port into the East-West and North-South transportation corridors and use it to help its landlocked neighbors Uzbekistan and Afghanistan.

While the East-West trade corridors, known as TRACECA, is an international transport program involving the European Union and 14 member States of the Eastern European, Caucasian and Central Asian region, the International North–South Transport Corridor (INSTC) is a network of ships, roads and rails that will move cargo between India, Afghanistan, the Caspian and Central Asian regions as well as Europe.

Speaking before the official opening ceremony, President Berdimuhamedow said his country is also ready to cooperate with multilateral organizations such as the Shanghai Cooperation Organization, the Eurasian Economic Union and the Commonwealth of Independent States.

“We are convinced that the formation of the western transport corridor from Central Asia is of great importance in terms of realizing the ambitious goals of reviving the Great Silk Road and connecting the two economic poles of Eurasia on qualitatively new criteria,” Berdimuhamedow said.

While Turkmenistan’s railways are already linked with China via neighboring Kazakhstan, the newly launched port may help the country increase multimillion shipping traffic through its territory. Azerbaijan, Russia, Kazakhstan, and Iran have already launched their own seaports on what is considered the world’s largest landlocked sea.

Azerbaijan, which lies on the western shore of the Caspian Sea, earlier this year had opened the country’s first roll-on/roll-off (Ro-Ro) cargo terminal at the Baku International Sea Trade Port. Located in the Alat trade and industrial area south of Baku, the International Sea Trade Port is currently under construction as it expands. The port will be able to transport up to 25 million tons of cargo and 1 million containers.