Turkmenistan Is Helping To Built Up Afghanistan’s Transportation System 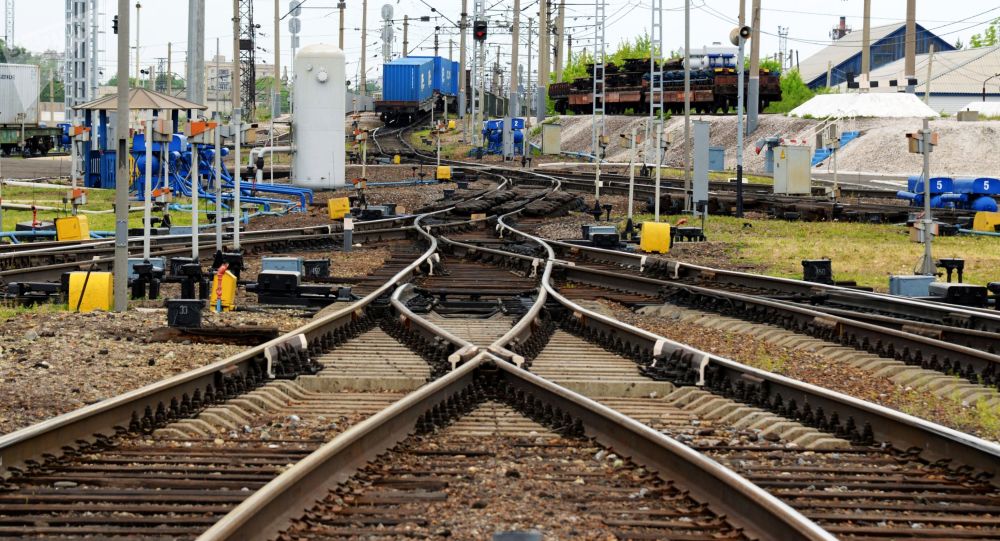 Government officials from Ashgabat and Kabul launched new section of the Turkmenistan-Afghanistan-Tajikistan railway.

Afghanistan is landlocked, but that is not stopping government officials and businessmen from trying to link the country to distant markets.

Last week, government officials from Ashgabat and Kabul launched new section of the Turkmenistan-Afghanistan-Tajikistan railway, which will help traders in Kabul and Kandahar market their products to customers as far away as China and other Pacific rim countries.

On Thursday, a 10 km (over 6.2 mi.) railway segment was opened in the Afghan province of Faryab, which is expected to connect the Afghan border cities of Aqina and Andkhoy. At the same time, a groundbreaking ceremony for the second phase of the Aqina-Andkhoy railroad took place in Faryab.

The newly-launched railway line is supposed to become a part of the 400-km (249 mi.) trade and transportation corridor connecting Jaloliddini Balkhi district in Tajikistan, the cities of Sherkhan Bandar, Kunduz, Mazari Sharif, Sheberghan, Andkhoy, and Aqina in Afghanistan, and Turkmenistan’s Ymamnazar and Kerki (formerly known as Atamyrat). The railway line may be extended to the border with Kyrgyzstan, with further access to the states of the Asia-Pacific region.

Officials in Turkmenistan have had an interest in helping rebuild war-torn Afghanistan after decades of conflict. The Turkmenistani government in Ashgabat is in favor of providing targeted international economic assistance to Afghanistan primarily in the form of infrastructure and energy projects.

According to the state-owned news outlet Turkmenistan Today, the construction of the railway on the Afghan territory is being carried out at the expense of Turkmenistan. In addition, Ashgabat has provided the human resources and technical equipment to see the project to completion.

Officials in Turkmenistan say the new trade corridor may revive the economy of post-war Afghanistan, while the local manufacturers could increase the supply of nuts and fruits, marble, lapis lazuli, as well as other precious and semi-precious stones for which Afghanistan is known, to international markets.

“The Turkmenistan-Afghanistan-Tajikistan railway will become the golden link of the Asian railway corridor, which, in turn, will be the most important segment of the international network of transport communications connecting Europe and Asia,” President Gurbanguly Berdimuhamedow said in 2016, according to reports by Ritm Eurasia.

While hopes are high for the project, it is fraught with challenges.

The presidents of the three neighboring countries inked a memorandum to construct the railway in 2013, and the Asian Development Bank (ADB) had allocated $9 million to develop a feasibility study for it. While the first section of the railroad connecting Atamyrat, Ymamnazar, and Aqina was launched in 2016, the project was suspended after officials in Tajikistan announced that they no longer saw the need for the project.

Ashgabat, in turn, did not let trucks and trains heading to Tajikistan pass through the Turkmenistan. And the ADB indefinitely suspended its support for the project due to the tense security situation in Afghanistan.

“Although Turkmenistan has completed the construction of its section, we would not want to build a railway [in the country] where security is not guaranteed. This is very risky,” said C.C. Yu, ADB’s former permanent representative in Dushanbe, mentioning that the money pledged for the project will be sent to other events.

Meanwhile, officials from Dushanbe announced that Tajikistan and Afghanistan reached an agreement on the construction of a railway that would connect the two countries with Turkmenistan.

Tajikistan intends to complete a feasibility study of the project by the end of 2019, according to the country’s transportation ministry.