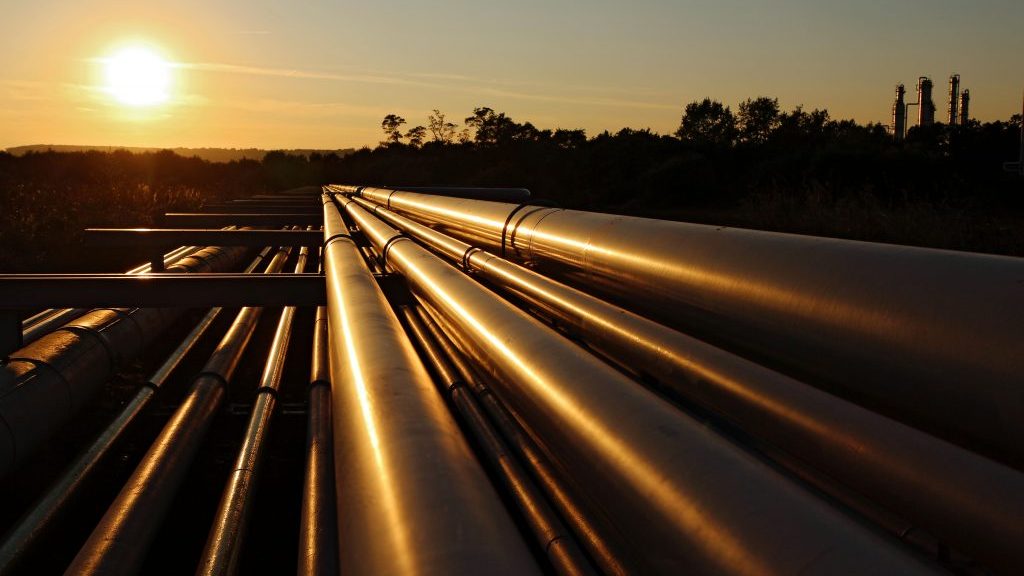 A former Soviet republic of about 5.4 million people and a gross domestic product of $38 billion, Turkmenistan today is Central Asia’s third-largest economy, behind Kazakhstan and Uzbekistan, according to U.S. government statistics.

Gas-rich Turkmenistan is turning westward and testing Europe’s willingness to do business with the Central Asian country.

President Gurbanguly Berdimuhamedow announced his country’s intent to send gas to Europe in order to diversify its gas export base, which is now limited to China and Russia.

Berdimuhamedow’s statement came on November 7, at a meeting with Giuseppe Conte, Prime Minister of Italy. The delegation of Turkmenistan led by the president arrived in Rome on November 6 to take part in the business forum and sign a series of documents to develop deeper commercial ties between Italy and Turkmenistan.

While addressing the meeting, Turkmenistan’s top official highlighted existing energy dialogue between his country and the European Union. At the same time, he urged Rome to join the negotiation process.

“Turkmenistan sees Italy as one of the key partners in Europe, largely sharing our vision of the configuration of energy flows, and expects close cooperation,” Turkmenportal cited President Berdimuhamedow as saying.

A former Soviet republic of about 5.4 million people and a gross domestic product (GDP) of $38 billion, Turkmenistan today is Central Asia’s third-largest economy, behind Kazakhstan and Uzbekistan, according to U.S. government statistics. While agricultural exports comprise a sizeable portion of its economy, 25 percent of the country’s GDP is primarily derived from hydrocarbons, particularly natural gas – the bulk of which goes to China.

Turkmenistan exports its gas to China via the 2,000-kilometer (1,242-mile) Central Asia-China Gas Pipeline system, which stretches along Uzbekistan and Kazakhstan. Beijing invested heavily in the project financing gas field development in Turkmenistan, which at that time lost its customers – Iran and Russia – due to financial disputes.

In addition, Ashgabat makes use of the Soviet-era network passing through the territories of Uzbekistan and Kazakhstan, to send its gas to Russia. Controlled by Russia’s Gazprom, the route consists of 2,000 km (1,200 mi) of pipes, with a capacity of about 90 billion cubic meters (bcm) per year.

In 2019, Russia resumed importing gas from its southern neighbor that had been suspended for more than three years. Such an agreement has not yet been reached with Iran.

With an aim to diversify its gas export base, Turkmenistan has for long set its site on Europe, though it would require a pipeline that passes underneath the waters of the Caspian to Azerbaijan, Georgia and Turkey, and further west to Europe. Such a project was already announced in 1996 and now it is known as Trans-Caspian underwater gas pipeline.

The unresolved status of the Caspian Sea, a legacy of the breakup of the Soviet Union, dashed any hopes of launching of the project. But in August 2018, Ashgabat had a hope after the leaders of Azerbaijan, Iran, Kazakhstan, Russia and Turkmenistan finally signed an agreement on the status of the sea’s waters. At the same time, the contract for the project was never signed except for the contract signed in 1999 by General Electric, Bechtel and Turkmenistan’s government to study the proposed pipeline route.

Meanwhile, the EU is extremely interested in constructing a gas pipeline along the bottom of the Caspian Sea and will support companies that will join the project. An ambitious project, however, cannot be implemented without consolidation of efforts of interested governments and large businesses, according to Erlendas Grigorovic, Director for Energy Policy at the European Commission.

“The European Union cannot build the Trans-Caspian gas pipeline on its own. Just like Turkmenistan. It is necessary to involve large companies in this project,” said Grigorovic while addressing the “Oil and Gas of Turkmenistan” international conference, according to a report by Orient.

“European companies can offer consulting services and monitoring in the field of environmental safety of construction,” he added.

Earlier this year the European Union offered Turkmenistan to join the Southern Gas Corridor project, which will supply Europe with 10 billion cubic meters (bcm) of natural gas per year and another six bcm to Turkey. Gas from Azerbaijan’s Shah Deniz field located beneath its portion of the Caspian Sea will for the first time reach Europe through the 3,500-kilometer (2,175-mile) corridor, starting in 2020.