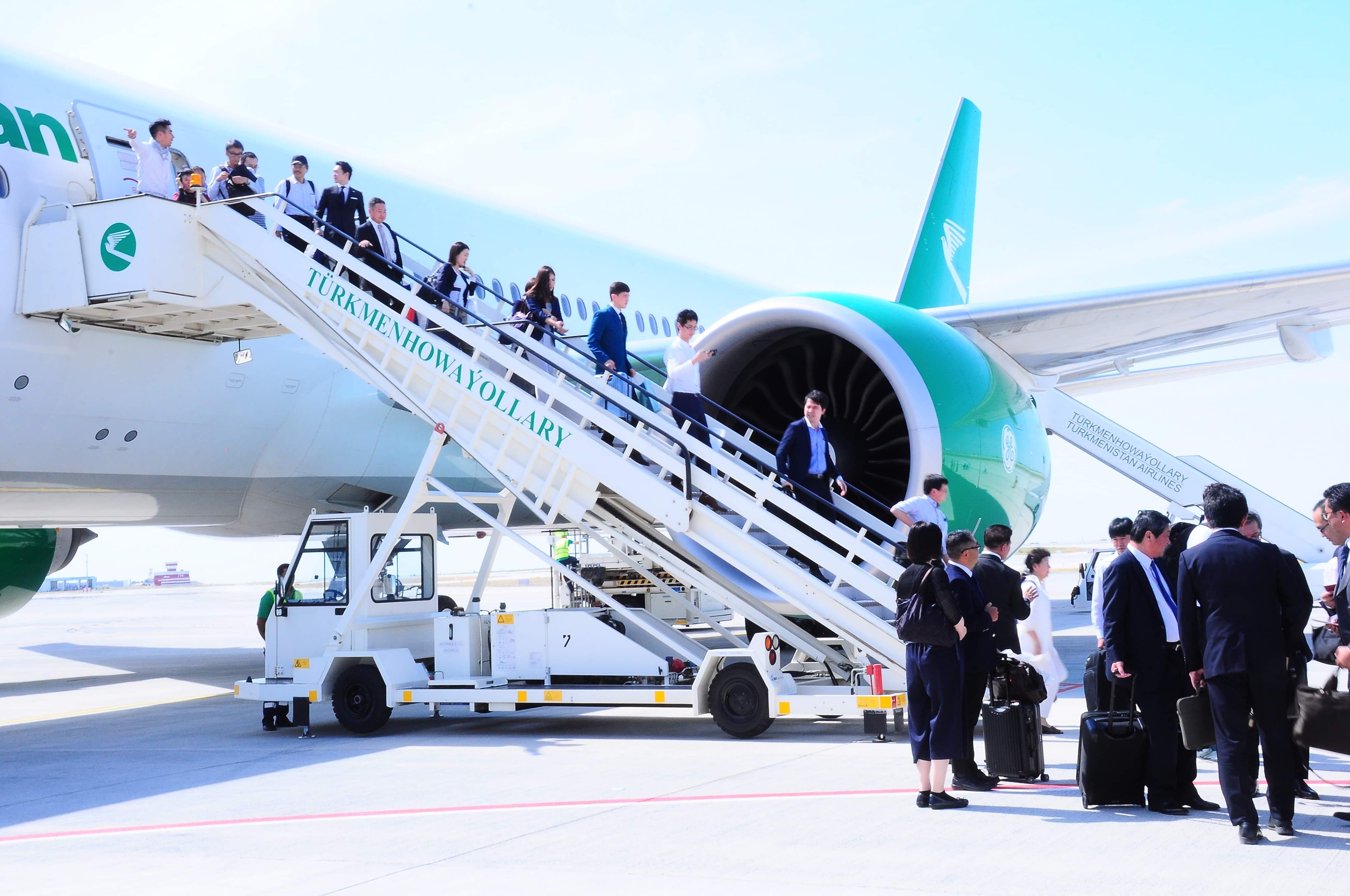 The Caspian region is now better connected to the Far East, after Turkmenistan Airlines launched nonstop flights from Ashgabat, the country’s capital city, to Tokyo. The first plane took off on June 26, bridging Ashgabat International Airport with Haneda Airport.

Turkmenistan’s national flag carrier dispatched its first direct flight to Japan on Wednesday, with diplomats and news reporters on board. A Boeing 777-200LR jet belonging to Turkmenistan Airlines returned to Ashgabat on June 27.

Officials from the airline say the launch of the new segment between Ashgabat and Tokyo will boost relations between the two Asian countries.

“We have studied all requests and suggestions on this issue prior to the launch and our estimations showed that the route will be very popular among entrepreneurs and tourists,” reads a statement from the airline according to reports by Turkmenportal.

Later this year the airline is planning to launch regular flights to Ho Chi Minh in Vietnam, and Jeddah, Saudi Arabia, to facilitate Turkmen Muslims wishing to make the haaj pilgrimage to Mecca and Medina.

Visa changes are just one of several steps taken by Ashgabat to build ties with what is the world’s third largest economy. Japanese businesses with a presence in Turkmenistan are mainly in the oil and gas sectors of the economy.