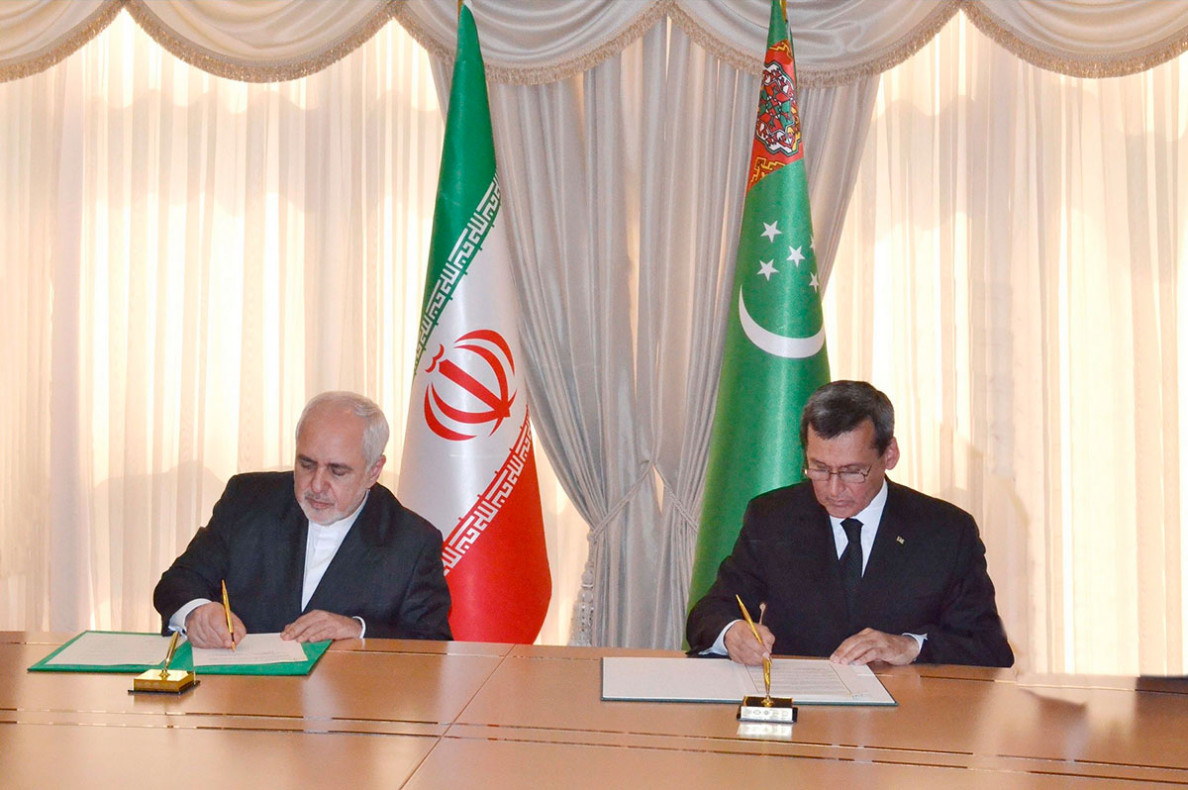 Iranian Foreign Minister Mohammad Javad Zarif and his Turkmen counterpart Rashid Meredov have stressed the need to develop cooperation in the sphere of transportation and trade, in a meeting in the capital city of Ashgabat on April 8. / MFA Turkmenistan

Iranian Foreign Minister Mohammad Javad Zarif and his Turkmen counterpart Rashid Meredov have stressed the need to develop cooperation in the sphere of transportation and trade, in a meeting in the capital city of Ashgabat on April 8.

Zarif, who was on a visit to Central Asia, had different meetings with top-ranking officials from Uzbekistan, Kyrgyzstan and Kazakhstan. The trip started on April 5 and lasted until April 8.

For his turn, the Turkmen minister noted the achievements of bilateral relations in various fields and the realization of existing capacities for a comprehensive expansion of relations and the holding of the next round of the intergovernmental Turkmen-Iranian commission on economic cooperation.

The two top diplomats discussed the cooperation in the Organization of Islamic Cooperation and civilian exploitation of the Caspian Sea.

They discussed partnership in the sphere of energy, the opportunities for the development of the region's transport and transit potential. An emphasis was laid on the potential of such regional transport corridors with Turkmenistan's participation as the Lapis Lazuli corridor and the international transport route Caspian Sea - Black Sea, hence the emerging opportunity for Iran to take part in the building of these corridors.

In mid-January, Iranian ambassador to Ashgabat Gholam-Ali Arbab-Khales said that trade between Iran and Turkmenistan has tripled between August 2020 and January 2021, compared to the same period of the previous year.

He added that export and import through Iran-Turkmenistan road and railway have made a noticeable growth in the period compared to that of the previous year.

The two countries focus on joint activities in the transport and transit sector, as well as in the field of road construction and the electricity and gas sectors. Several major economic projects have been implemented over the years of long-term cooperation.

Turkmenistan stopped gas supplies to Iran – a country rich in fossil fuel resources in the southwest but energy-starved in the northeast. In January 2017, Turkmenistan demanded that Tehran settle an outstanding debt.

In August 2018, Turkmenistan’s state company Turkmengaz filed a lawsuit against National Iranian Gas Company with the International Court of Arbitration. Iran followed with a counterclaim the following October, but no court verdict has yet been issued.