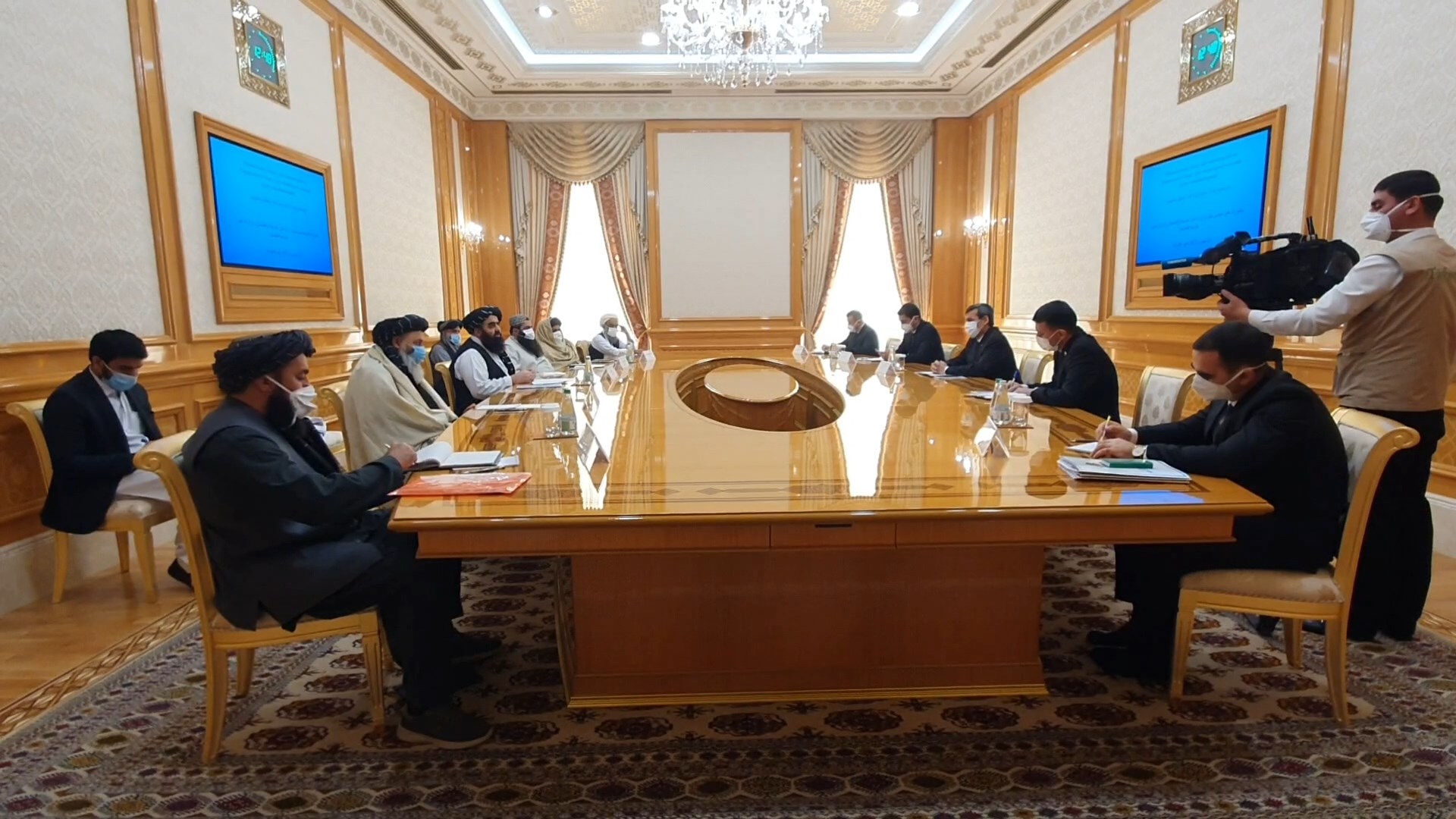 The foreign ministers of Turkmenistan and Afghanistan have agreed to push ahead with regional gas, electricity and transport projects.

A high-level delegation from the Afghan Taliban administration, headed by the acting foreign minister, Amir Khan Motaqi, visited Turkmenistan, where the minister met with Turkman Deputy Prime Minister and Foreign Minister Rashid Meredow and other senior officials on January 16.

The meeting focused on bilateral political, diplomatic and economic relations, security cooperation, the early launch of the Turkmenistan-Afghanistan-Pakistan-India (TAPI) gas pipeline and the Turkmenistan-Afghanistan-Pakistan (TAP) high-voltage power transmission line, growth in trade and private sector activities, increased exports of marble, fresh and dried fruit, and especially the completion of railway projects in Aqina and Turghandi and investment on Wind Power, the Afghan foreign ministry reported.

It was also agreed to use Afghanistan as a transit route between Central and South Asia and transport liquefied natural gas, minerals, food and other commercial goods through this route.

The sides also agreed that a meeting of the two sides’ technical team would be held in Kabul on January 22 and that the work on electricity, TAPI project and extension of the railway would be inaugurated and commenced in March 2022.

“We have agreed with Turkmenistan that it will lend to Afghanistan the expenses to pay, and Afghanistan will pay it back from the revenues of this project in the future,” Kabul-based TOLO news cited Waliullah Shaheen, the director of strategic studies at the Foreign Ministry.

The size of the loan has not been disclosed, and the Afghans have not yet determined their budget for the project.

The TAPI project is estimated to cost about $7.5 billion and is aiming to deliver up to 33 billion cubic meters (bcm) per annum of gas from Turkmenistan’s Galkynysh gas fields to India via Afghanistan and Pakistan, through a total distance of about 1800 kilometers.

Afghanistan is expected to receive 500 million cubic meters of gas per annum from the pipeline in the first 10 years of operation. This volume will increase to 1 bcm in the second 10-year period and rise to 1.5 bcm in the third 10-year term.

On January 10, the Taliban government announced its plan to deploy a contingent of security force members to continue working on the TAPI project. The pipeline will go through 814 km of Afghan territory.