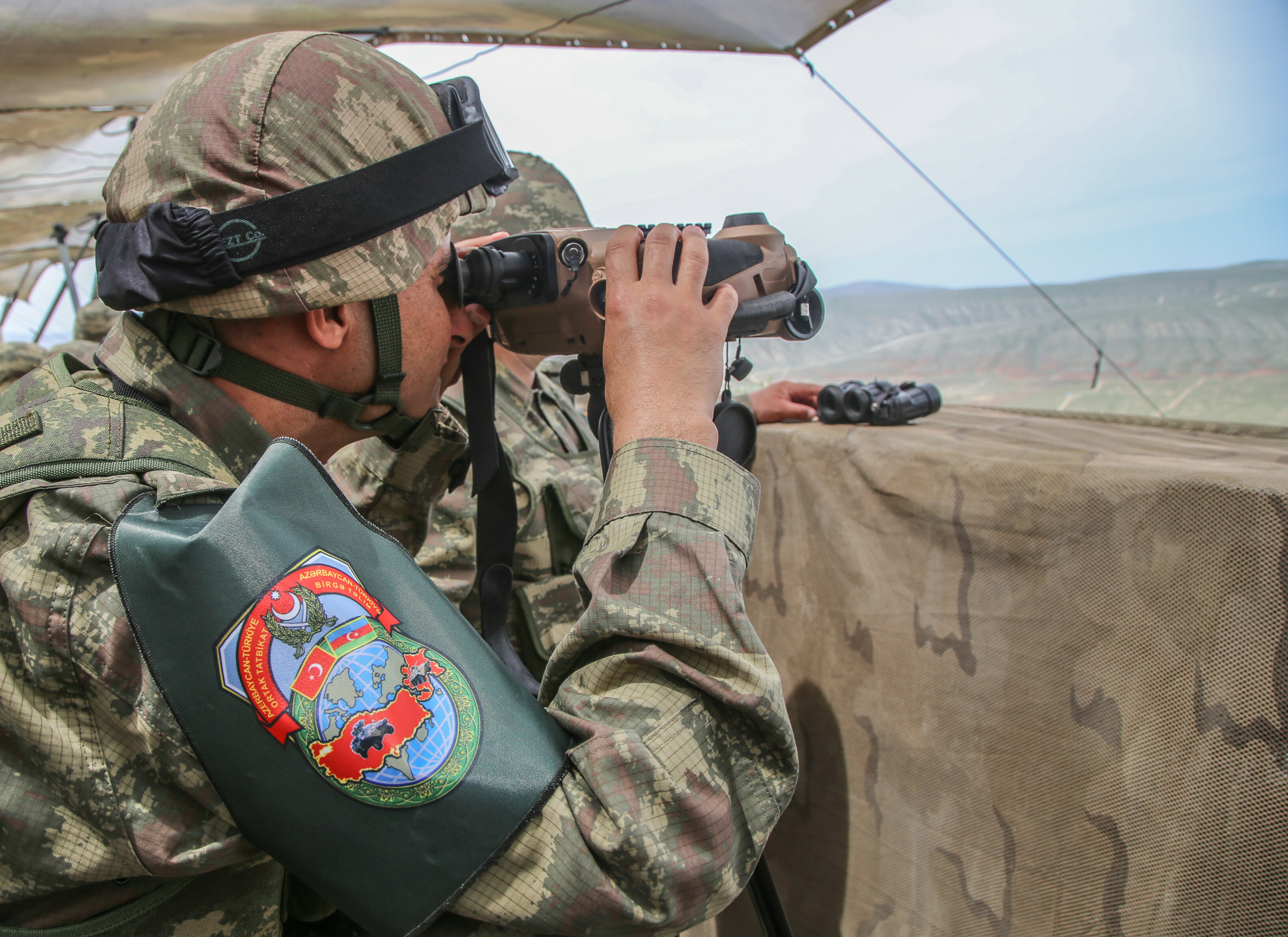 CNN Turk reports that up to 35 officers and non-commissioned officers led by a brigadier general of the Turkish ground forces were dispatched to Azerbaijan. The Joint Turkish-Russian Center will be located in Aghdam, a recently liberated territory of Azerbaijan, upon the decision of the Azerbaijani government and is expected to come online in the first week of January. The term of service of the Turkish contingent in the center is one year, however, service can be extended when deemed necessary.

The number of Turkish observers will reportedly be increased to 60 in the following weeks once the construction of the center is completed. The center will initially operate in a prefabricated building and will be relocated to the main service center after it is commissioned. The center will reportedly monitor the fulfillment of obligations by Armenia and Azerbaijan taken under a tripartite ceasefire statement signed by these two countries and Russia on November 9, 2020.

Armenia and Azerbaijan have been at odds for decades over the Nagorno-Karabakh (Daghlig Garabagh) region, which is internationally recognized territory of Azerbaijan. In 1991, Armenia kicked off military aggression against Azerbaijan to occupy the region. The full-scale war lasted until a ceasefire deal in 1994. As a result, Armenia occupied 20 percent of Azerbaijan’s internationally recognized territories – the Nagorno-Karabakh region and seven surrounding districts. Over 30,000 ethnic Azerbaijanis were killed and one million were expelled from those lands in a brutal ethnic cleansing policy conducted by Armenia. Although the UN Security Council adopted four resolutions in 1993 demanding the immediate withdrawal of the occupying forces from the Azerbaijani lands and the return of internally displaced Azerbaijanis to their native lands, Armenia failed to comply with all four legally binding documents.

The latest outbreak of war in the region started on September 27 after Armenia's forces deployed in the occupied Azerbaijani lands shelled military positions and civilian settlements of Azerbaijan. As a result of counter-offensive measures, the Azerbaijani army liberated over 300 settlements, including five cities from Armenia's occupation. The war ended after the ceasefire statement was signed by Azerbaijan, Armenia and Russia on November 9. The deal ceased 44-day-long hostilities in Azerbaijan's Karabakh region securing major territorial regains for Azerbaijan. Armenia returned the occupied Aghdam, Kalbajar and Lachin districts to Azerbaijan by December 1.

Turkish President Recep Tayyip Erdogan announced on November 11 that Ankara and Moscow signed a memorandum of understanding for the creation of the Joint Turkish-Russian Center. Erdogan said the observation and inspection team from Turkey to be deployed in the center will perform the same tasks as their Russian colleagues.

President Ilham Aliyev of Azerbaijan praised the center as an all-new format of regional cooperation, which sits well with Azerbaijan's desire to see Russia and Turkey playing an equal role in the Nagorno-Karabakh conflict.

Russia assumed the peacekeeping mission in the Nagorno-Karabakh region of Azerbaijan under the same ceasefire statement. Currently, a contingent of 1,960 Russian peacekeepers serves in the observer posts deployed in the region. The peacekeeping force of Russia will remain in the region for at least five years with the possibility of extension as stated in the ceasefire agreement.

The Joint Turkish-Russian Center is expected to watchdog the ceasefire in the Karabakh region by examining the information about the latest situation obtained both from the land patrols of the Russian troops and the aerial observation of the drones of the Turkish forces. In the event of a violation of the ceasefire, direct communication will be established with Moscow and Ankara, as well as with Baku and Yerevan in order to take necessary measures for protecting the ceasefire conditions.

Meanwhile, in addition to inspections in the area, the Turkish military will also take part in humanitarian aid and mine clearance activities in cooperation with the Azerbaijani armed forces. Two Special Mine Search and Cleaning teams numbering 135 personnel are currently assisting the Azerbaijani combat engineers to search and destroy the mines and handmade explosives in the liberated territories. Moreover, a total of 12 teams and 64 personnel, including three Handmade Explosive Detection and Destruction teams and nine Explosive Detection and Destruction teams of the Turkish Armed Forces are training the Azerbaijani sappers.

The dispatch of Turkish troops to the Azerbaijani lands is of historic significance as it comes 102 years after the last transfer of Turkish soldiers to the Caspian country. In 1918, the Ottoman government sent the Caucasian Islamic Army led by Nuru Pasha to help the troops of the newly established Azerbaijan Democratic Republic to save the country from the Armenian-Bolshevik occupation.