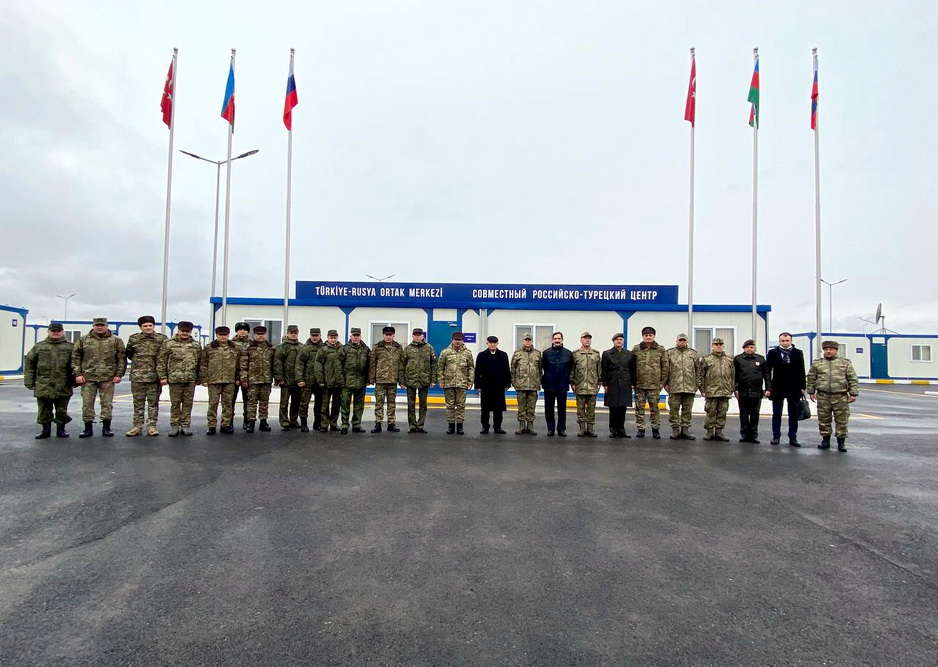 Top military-political officials from Azerbaijan, Turkey, and Russia attended the opening of the Joint Russian-Turkish Center in Aghdam, Azerbaijan, January 30, 2021 / Ministry of Defense of Azerbaijan

“The center will collect, summarize, and verify information on the observance of the ceasefire and actions that violate the agreements reached by the parties. The control will be carried out through the use of unmanned aerial vehicles and by means of evaluating data received from other sources,” TASS agency cited Russian Defense Ministry as saying on Saturday.

The newly launched center consists of 65 modular buildings, including separate and common monitoring centers, a briefing room, a canteen, a medical center, a laundry, as well as a water station, a parking lot, outdoor and indoor sports camps, warehouses, and etc. The overall territory of the center measures four hectares in the vicinity of Aghdam’s recently liberated Marzili village.

A total of 120 combined Russian and Turkish personnel, including the unmanned aerial vehicle teams, are deployed at the center in equal numbers from both sides. The monitoring staff is led by Major General Abdullah Katirci from Turkey and Major General Viktor Fedorenko from Russia. Azerbaijani servicemen will carry out a round-the-clock patrol of the area.

“We will be engaged in monitoring the ceasefire and hostilities; organizing joint activities to collect, summarize, and verify information on violations of [existing] agreements; evaluating the obtained data to keep records of all cases of ceasefire violations; analyzing and studying other complaints, questions, and problems related to non-compliance by the parties with the agreements; taking measures to prevent the violation of the ceasefire,” said Turkish Deputy Defense Minister Yunus Emre Karaosmanoghlu. 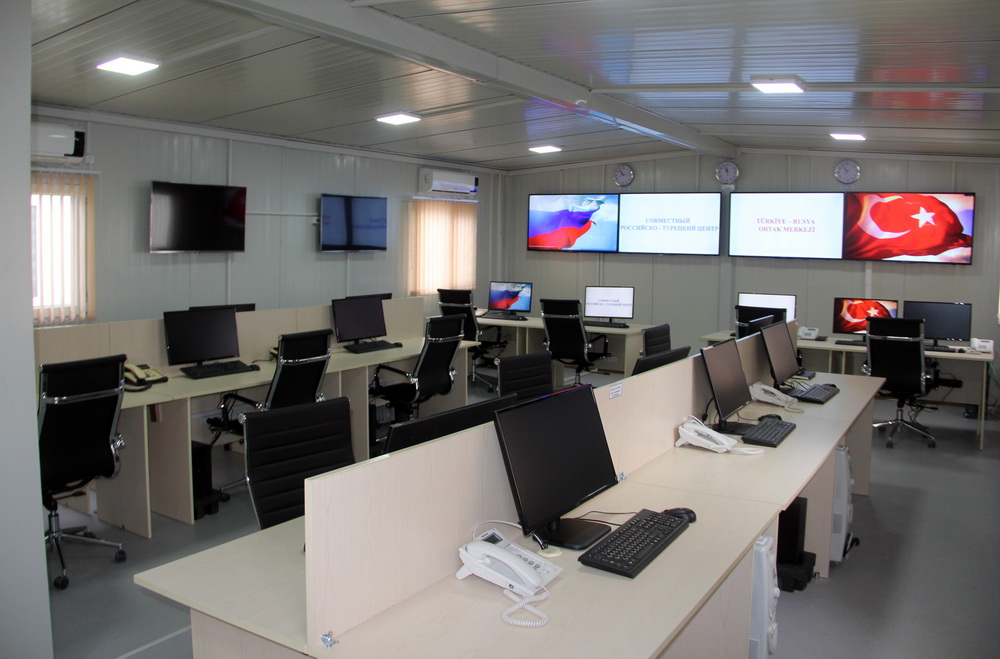 The combined Russian and Turkish personnel of the center includes a total of 120 servicemen, including the unmanned aerial vehicle teams, deployed in equal numbers from both sides, Aghdam, Azerbaijan, January 30, 2021 / Ministry of Defense of Azerbaijan

Russia and Turkey signed a memorandum of understanding for the creation of the center on November 11 – a day after the end of hostilities in Azerbaijan’s Karabakh region. The center’s ultimate task is to monitor the adherence to obligations by Armenia and Azerbaijan taken under a tripartite ceasefire statement signed by these two countries and Russia on November 9. The document ceased 44-day-long hostilities in the Karabakh region, which is an internationally recognized territory of Azerbaijan.

“Thanks to the efforts of the military-political leadership of Turkey and the Russian Federation, peace has been achieved in the region. The Memorandum on the establishment of the Joint Center to control the ceasefire, signed between Turkey and Russia on November 11, 2020 is of particular importance,” Azerbaijan’s Defense Minister, Colonel General Zakir Hasanov said, adding the activities of the center will contribute to the establishment of long-term peace and security in the region.

The latest outbreak of war in the region started on September 27 after Armenia’s forces deployed in the occupied Azerbaijani lands shelled military positions and civilian settlements of Azerbaijan. The attacks triggered the Azerbaijani forces to take immediate counter-offensive measures for pushing back the assault. The 44-day war ended in a tripartite ceasefire statement signed by Armenia, Azerbaijan and Russia. By this time, Azerbaijani army liberated over 300 settlements, including 5 cities in its Karabakh region, from nearly three-decades-long illegal Armenian occupation. Armenia returned the occupied Aghdam, Kalbajar, and Lachin districts to Azerbaijan by December 1 as part of the obligations it took under the ceasefire deal.