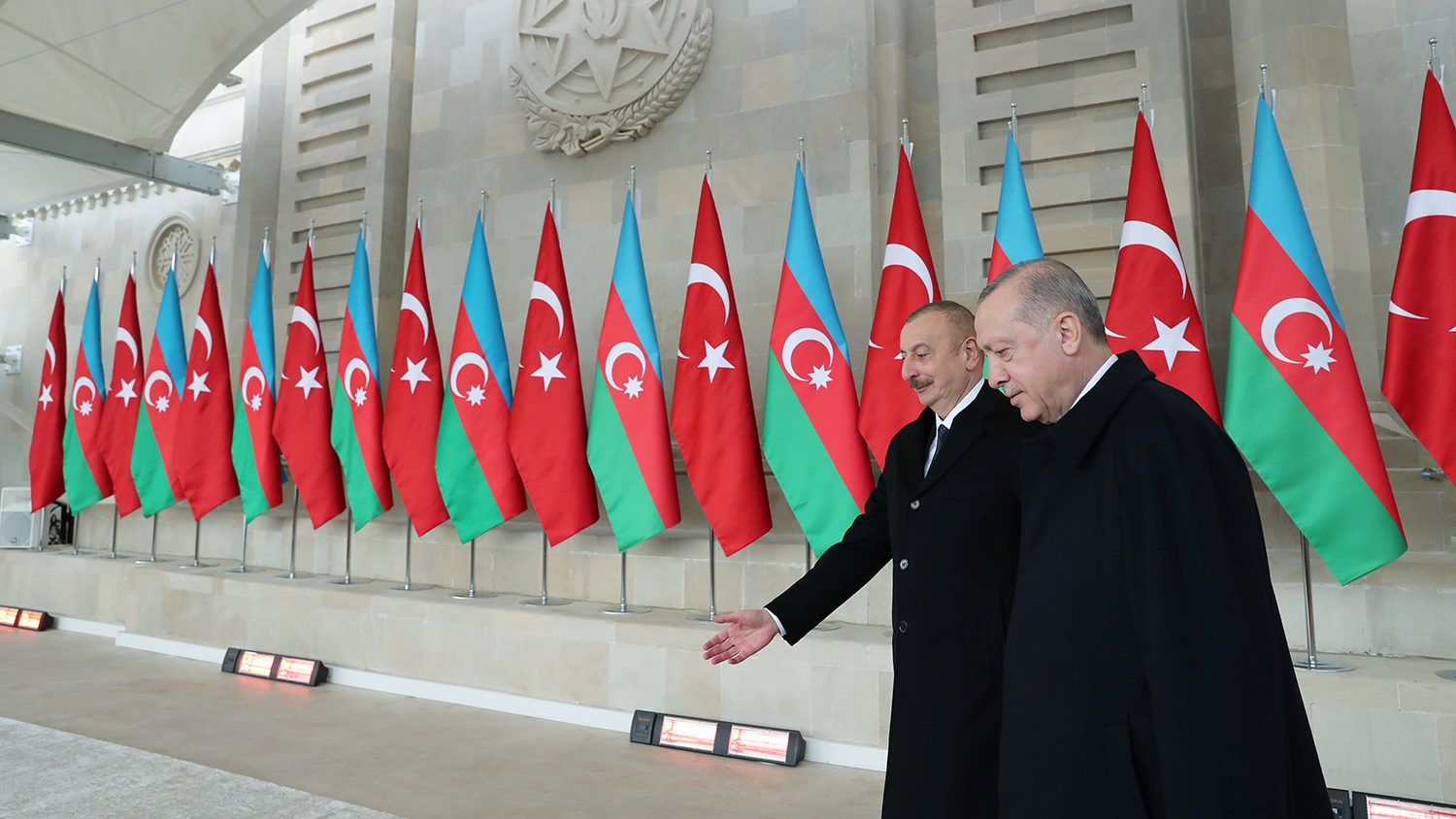 Turkish President Recep Tayyip Erdogan will soon visit the Azerbaijani city of Shusha, as well as the country's capital Baku, where he will watch a Euro 2020 football game.

“We will be guests of [President] Ilham Aliyev, in Baku. From there we will be going to Shusha. We will visit Shusha, one of the liberated cities of Azerbaijan, with our families. There, we will realize our official meetings and make various visits,” the Turkish president said in a group meeting held by Turkey's ruling Party of Justice and Development on Wednesday.

The Turkish president said the liberation of Azerbaijan’s occupied territories gives a chance to Armenia and other regional players to usher in a new era in the region.

“We wish this opportunity would not be wasted [and] be evaluated in the best way for the sake of regional stability and peace. As Turkey, we plan to increase the efforts aimed at creating grounds for a joint dialogue in the upcoming period,” Erdogan said.

In March, President Erdogan expressed his intention to visit Azerbaijan after the Muslim holiday of Eid al-Fitr.

Shusha remained under Armenia’s illegal occupation for 28 years since it was captured on May 8, 1992. Around 25,000 ethnic Azerbaijanis living in the city and 37 surrounding villages were targeted in a mass ethnic cleansing conducted by Armenia in the Karabakh (Garabagh) region of Azerbaijan. Armenia kicked off full-blown military aggression against Azerbaijan following the Soviet Union’s dissolution in 1991. The bloody war until a ceasefire in 1994 saw Armenia occupying 20 percent of Azerbaijan’s internationally recognized territories. Over 30,000 Azerbaijanis were killed, and one million were expelled from those lands in a brutal ethnic cleansing policy conducted by Armenia.

Shusha was liberated from Armenia's occupation by the Azerbaijani army during 44-day-long counter-offensive operations, which were carried out between September 27 and November 9, 2020. The Azerbaijani army restored Azerbaijan's sovereignty over the city on November 8. The liberation of Shusha played a crucial role in the retreat of Armenia's forces and the cessation of hostilities on November 10. Azerbaijani troops drove out Armenia’s forces from a total of more than 300 settlements, including five cities in the Karabakh region during the war. Armenia returned three more districts – Aghdam, Kalbajar and Lachin to Azerbaijan as part of the obligations outlined under the ceasefire agreement.

Shortly after its liberation, Shusha was declared the cultural capital of Azerbaijan. Currently, the Azerbaijani government is implementing a full-scale restoration campaign in Shusha. The city recently hosted the Khari Bulbul Music Festival, a music show that was annually celebrated before the city’s occupation. The original image of the city, including its historic monuments, is being restored.

Meanwhile, after visiting Shusha, President Erdogan will receive the Turkish peacekeeping troops stationed at the joint Turkish-Russian monitoring center, which is tasked with overseeing potential violations of the existing tripartite ceasefire agreement. He is also scheduled to watch a Euro 2020 football match in Baku before leaving for Turkey. The Turkish and Azerbaijani presidents will be watching the game, which will be played between the national teams of Turkey and Wales at the Baku Olympic Stadium on June 16.

Three group games and one quarter-final game of Euro 2020 will take place at the iconic Baku Olympic Stadium in Azerbaijan. In addition to the group game with Wales, the national team of Turkey will compete against the Swiss national team in Baku on June 20.