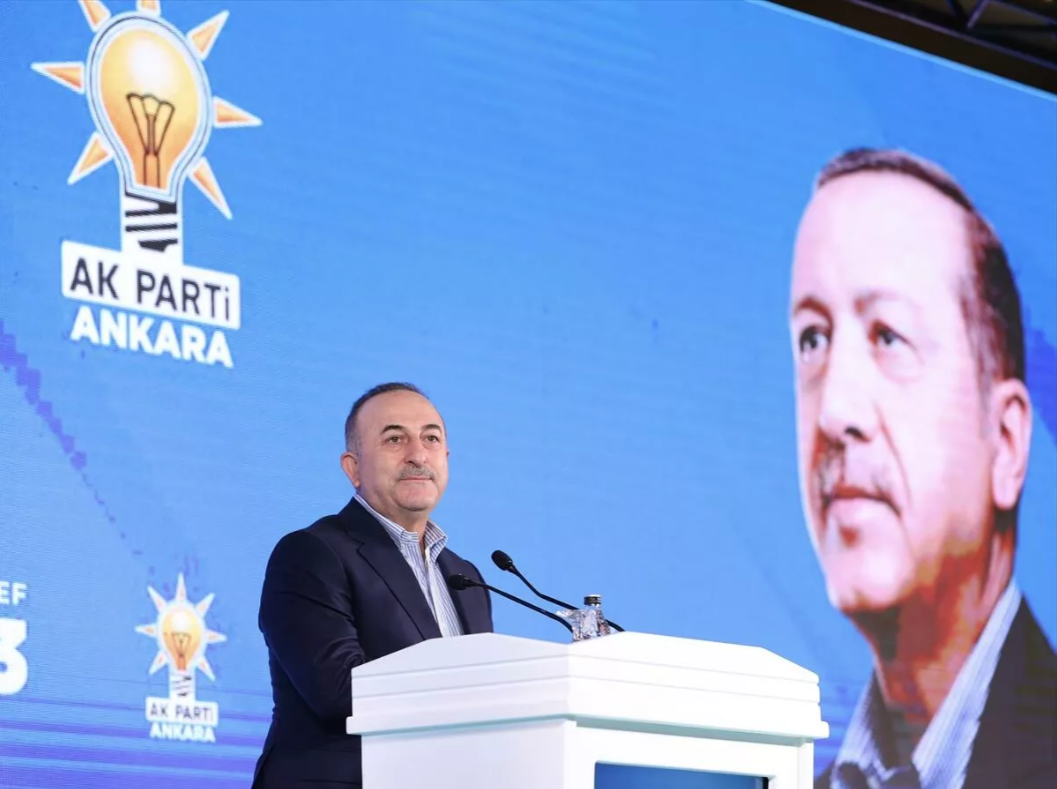 Turkish Foreign Minister Mevlut Cavusoglu highlighted Azerbaijan’s victory in the Karabakh region as an important factor in bringing about a long-awaited normalization of relationships in the Caucasus region.

Cavusoglu’s remarks came as part of his assessment of the Turkish foreign policy in 2021.

“Relations in the Caucasus have normalized. I am talking about the normalization observed after the start of Azerbaijan's operations with the aim of liberating its lands from the occupation during the Patriotic War and the Victory that was the result of these operations,” he said, according to media reports.

The political and economic situation in South Caucasus ushered in an all-new era after a 44-day war between Armenia and Azerbaijan in the latter’s Karabakh region in 2020. Azerbaijan's Karabakh (Garabagh) region fell under Armenia’s occupation in the early 1990s during a bloody war that lasted until a ceasefire deal was reached in 1994. As a result, Armenia occupied 20 percent of Azerbaijan’s internationally recognized territories. Over 30,000 ethnic Azerbaijanis were killed, and one million were expelled from those lands in a brutal ethnic cleansing policy carried out by Armenia.

On September 27, 2020, the decades-old conflict between the two countries intensified after Armenia’s forces deployed in the occupied Azerbaijani lands shelled military positions and civilian settlements of Azerbaijan. During the counter-attack operations that lasted 44 days, Azerbaijani forces liberated over 300 settlements, including the cities of Jabrayil, Fuzuli, Zangilan, Gubadli, and Shusha, from nearly 30-year-long illegal Armenian occupation. The war ended in a tripartite statement signed on November 10, 2020, by Armenia, Azerbaijan, and Russia. Under the statement, Armenia also returned the occupied Aghdam, Kalbajar, and Lachin districts to Azerbaijan.

The tripartite statement sets conditions also for the restoration of all economic and transport links in the region. According to the agreement, Armenia guarantees the safety of transport links between the western regions of Azerbaijan and the Nakhchivan region, an Azerbaijani exclave on the southwest of the country. Under the tripartite statement, Nakhchivan should be linked to Azerbaijan’s mainland through route called Zangazur Corridor. Azerbaijan, in turn, will ensure railway links between Armenia and Russia, as well as Armenia and Iran.

In a trilateral meeting with the European Council President Charles Michel in Brussels on December 14, 2021, Azerbaijan’s President Ilham Aliyev and Armenian Prime Minister Nikol Pashinyan agreed to proceed with the restoration of railway lines. Azerbaijan has been building a 100-kilometer Horadiz-Aghband railway, which stretches to the Azerbaijan-Armenia border and will reportedly come online in the first quarter of 2023.

The Armenian authorities have confirmed the plans for constructing another segment of railway through the country’s territory. According to the Armenian vice-premier Mher Gregorian, it will take $200 million and three years to build the 45-kilometer railway. However, he did not provide a date for the launch of construction works.

In the meantime, the resolution of the decades-old conflict in the Karabakh region has contributed also to the rapprochement between Turkey and Armenia, the relations of which remained frozen due to the occupation of Azerbaijani lands by Armenia and due to Armenia’s territorial and so-called “genocide” claims against Turkey. Ankara and Yerevan intend to improve relations and break the decades-long political and economic deadlock. The sides are expected to hold the first meeting of the special representatives for the normalization dialogue in Moscow on January 14, 2022. The launch of mutual charter flights is also on the agenda.

Minister Cavusoglu said although the Moscow meeting of special representatives is a positive step, Ankara would prefer direct contact with Yerevan. He also added that Turkey attached great significance to consultation and coordination with Azerbaijan during the process of normalizing ties with Armenia.