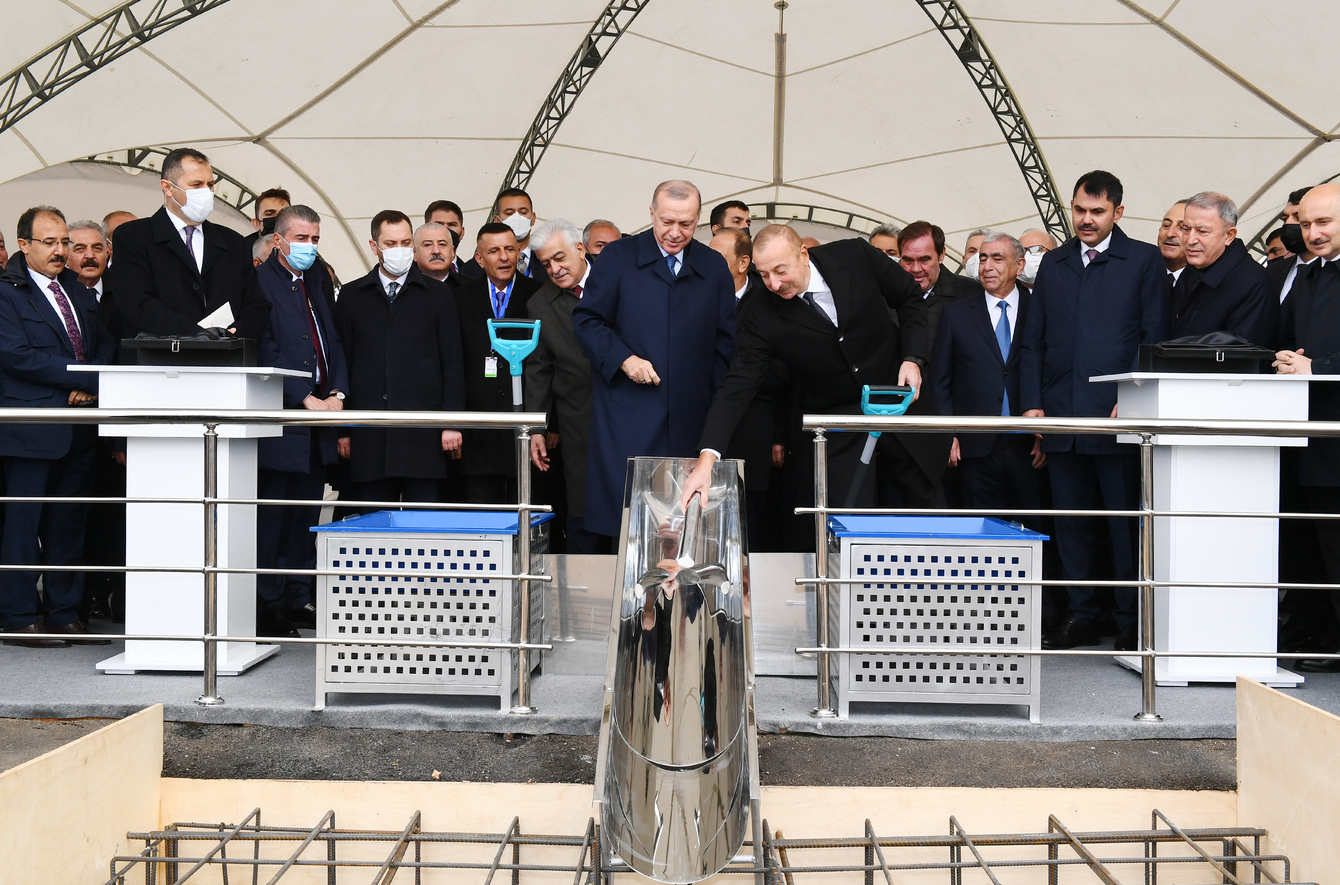 Heads of the Turkic states have unanimously supported the opening of Zangazur corridor which will ensure an uninterrupted overland connection between Turkic countries.

President Ilham Aliyev highlighted the Zangazur corridor as one of the ample opportunities created by Azerbaijan’s victory in the Second Karabakh War with Armenia last year.

“I think that the opening of the Zangazur corridor in terms of transportation will usher new opportunities for the whole region,” he said at the Summit of the Organization of Turkic States, formerly called the Cooperation Council of Turkic-Speaking States, in Istanbul on November 12. “The Zangazur corridor is a project that can unite the Turkic world, Europe and our neighbors, and active work is currently underway to realize this project.”

The Zangazur corridor is a strategic route that connects mainland Azerbaijan with its southwestern exclave of Nakhchivan and further with Turkey through modern-day Armenia’s territory. The launch of the multi-modal corridor is said to benefit all regional nations and contribute to the Eurasian trade.

The corridor is considered a vital link that could help integrate the Turkic economies with a nominal GDP of $1.1 trillion. It will strengthen economic and trade cooperation in geography spanning more than 4,700 kilometers from Central Asia to the Middle East and Europe.

President Ilham Aliyev and his Turkish counterpart Recep Tayyip Erdogan laid the foundation stone for the Horadiz-Jabrayil-Zangilan-Aghband highway – the section of the Zangazur corridor in Azerbaijan on October 26, 2021. President Aliyev has then said that both Azerbaijan and Turkey were taking practical steps to realize the corridor, and these steps would fetch the desired results in the near future.

Arif Keskin, a Middle East analyst and researcher at the Turkish think tank Fikir Turu, says the Zangazur corridor will both end the decades-long blockade of the Nakhchivan region and reshape Azerbaijan’s role in regional communication grids.

“Azerbaijan's primary intention is to revive Nakhchivan's geopolitical opportunities and take it out of blockade by gaining land access to Nakhchivan and Turkey. The fact that Nakhchivan does not have an overland connection with Azerbaijan reduces the mobility of both Azerbaijan and Turkey,” Keskin explains.

According to him, Azerbaijan also aims to increase its importance in the Eurasian geography by turning itself into the center of Russia, the Caucasus, and Central Asia's road and energy transit and to connect Turkey and the Turkic world via the Zangazur corridor.

“Azerbaijan presents the Zangazur corridor as one of the foundations of regional stability, prosperity, cooperation, and peace. It also aims to turn it into a useful geopolitical opportunity to normalize and perpetuate its relations with Armenia and to secure its gains in the Second Karabakh War.”

The opening of the Zangazur corridor is included in the Russia-brokered statement signed between Armenia and Azerbaijan on November 10, 2020, ending the 44-day war in the latter’s Karabakh region. The corridor’s launch forms part of the plans for the unlocking of all transport and communication links in the region post-war.

Armenia and Azerbaijan had been in an armed conflict for nearly 30 years over the Karabakh (Garabagh) region, which is an internationally recognized territory of Azerbaijan. Armenia launched full-blown military aggression against Azerbaijan following the Soviet Union’s dissolution in 1991. The bloody war lasted until a ceasefire in 1994 and saw Armenia occupying 20 percent of Azerbaijan’s internationally recognized territories. Over 30,000 Azerbaijanis were killed, and one million were expelled from those lands in a brutal ethnic cleansing policy conducted by Armenia.