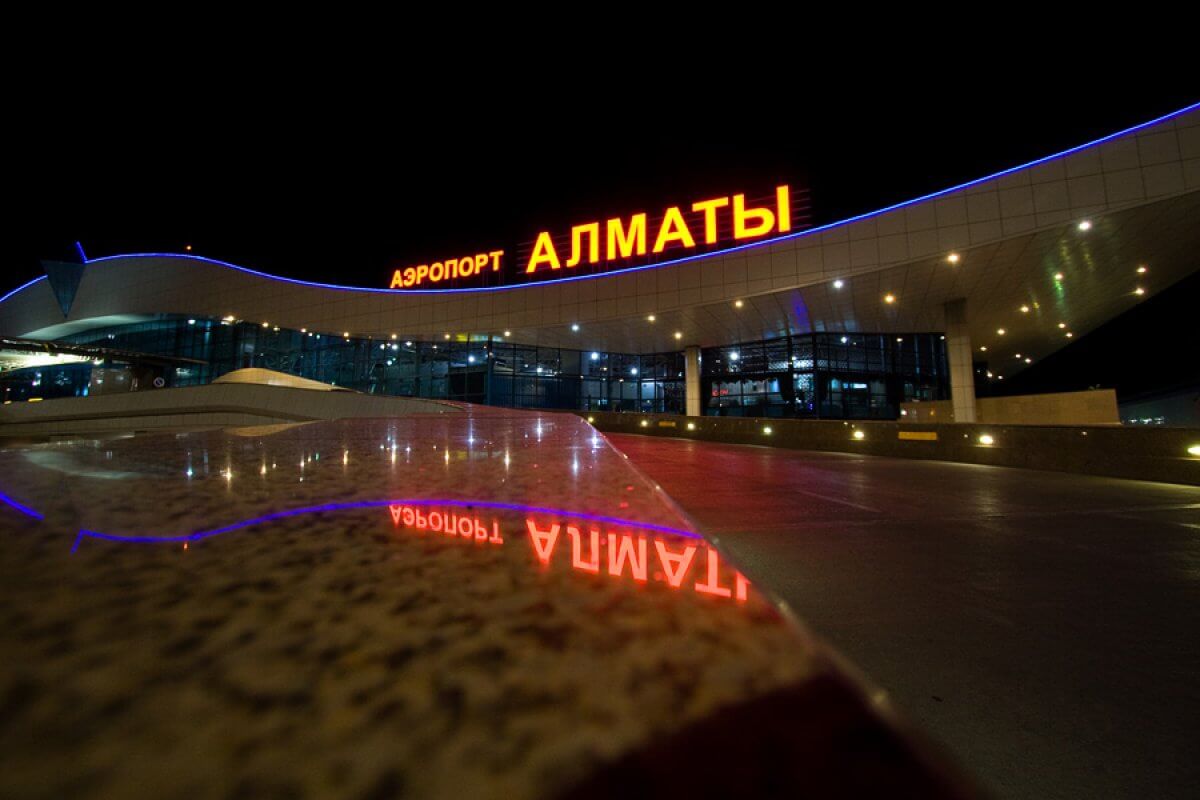 Almaty International Airport, located in the southeastern part of Kazakhstan, is the largest airport in the country with a passenger capacity of about 6 million passengers annually.

Serkan Kaptan, a deputy chief executive officer at TAV Airports, revealed that the company is currently constructing the new facility with a total area of 55,000 square meters (13.6 acres) within the existing airport in Almaty. The statement was made at a meeting attended by Kazakhstan’s President Kassym-Jomart Tokayev, who arrived in the country’s largest city on May 12.

The terminal, set to come online in mid-2022, is expected to serve 6 million passengers annually. Kazakh officials believe the project will turn the airport into the largest air hub in Central Asia.

According to the deal, which cost the company $415 million, TAV Airports and its consortium partner VPE Capital acquired 100 percent of the shares of the airport and associated businesses. At the same time, TAV Airports’ share in the consortium will be no less than 75 percent.

The announcement comes after TAV Airports signed a share purchase agreement on May 8 to buy the Almaty-based airport.

Almaty International Airport, located in the southeastern part of Kazakhstan, is the largest airport in the country with a passenger capacity of about 6 million passengers annually. Kazakhstan’s national air carrier Air Astana, as well as Bek Air, SCAT Airlines and Qazak Air, use Almaty as their base.

Established in 1935, the airport ranks sixth among the Commonwealth of Independent States (CIS) countries in terms of overall passenger traffic. As of 2019, the venue served 6.4 million passengers, which is 13 percent more than in previous year, as well as more than 64,000 flights. In addition, the airport handled 70,000 tons of cargo in 2019.

Following a runway reconstruction in 1998, Almaty airport was awarded a CAT II certificate and the status of an international airport. Currently, the airport is only receiving a few inbound flights due to the outbreak of the novel coronavirus in the country.

Officials from the Turkish company view Almaty as a strategical junction along the China's Belt and Road project, connecting China-Central to West Asia. Kazakhstan leads Central Asia in economic growth and generates roughly 60% of the region’s GDP, while Almaty is the largest city in the country controlling 20% of Kazakhstan’s GDP.

“We’re happy to add Almaty Airport, which is a main transit hub between Asia and Europe, to our portfolio,’’ TAV Airports President & CEO Sani Şener said according to a statement published to the company’s website.

‘‘We believe there’s a significant potential for growth in Almaty Airport, and drawing upon our extensive know-how, we’ll work towards realizing this potential to the fullest,” he added.

TAV Airports provides integrated services in all areas of airport operations, including duty-free, food and beverage, ground handling, IT, private security and commercial area management. Almaty Airport will be the 15th airport in TAV’s global network.