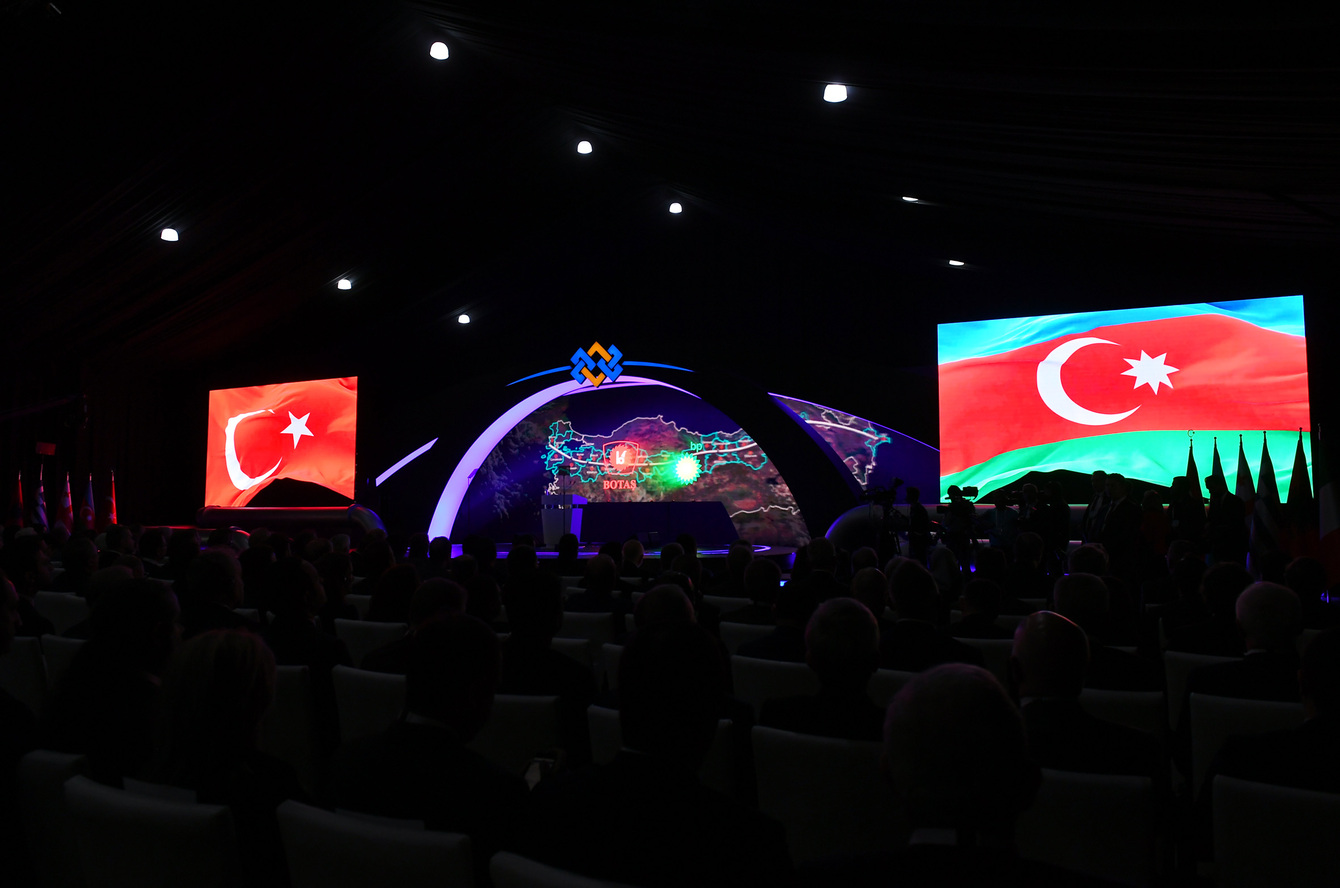 Joining of TANAP to TAP was celebrated in a solemn ceremony in the Edirne city of Turkey, November 30, 2019 / President.Az

The Trans Anatolian Pipeline (TANAP) will reach a milestone this month as six billion cubic meters (bcm) of natural gas is set to be delivered to Turkey by the end of June.

TANAP General Manager Saltuk Düzyol explained that the gas supplies to Turkey will reach a total of six billion cubic meters upon the completion of the second year of the route's commercial operation on June 30, 2020.

"TANAP is the most important link of a new gas value chain, called the Southern Gas Corridor, which has strategic value for the European Union and global energy geopolitics," Düzyol told in an interview with Anadolu Agency. "Being the Middle East and Europe's longest and largest natural gas pipeline, TANAP makes the backbone of the gas transmission infrastructure that Turkey needs for achieving its goal of becoming an east-west energy corridor."

TANAP, the largest and most expensive chunk of the three-segmented Southern Gas Corridor, which measures 1,878 kilometers in length and $7 billion in cost, came online in June 2018 with the launch of its first phase. Turkey is expected to annually receive 6 bcm out of SGC's overall transportation volume of 16 bcm via TANAP. The remaining 10 bcm is allocated for Europe. The Shah Deniz offshore gas field beneath the Azerbaijani sector of the Caspian Sea is the one and only source of the gas supplies to the SGC mega-pipeline.

The transport of commercial gas supplies  to Turkey via TANAP first began in 2018. The second phase of the route extending from the Eskishehir city of Turkey to the country’s border with Greece was completed in June of last year. On November 30, 2019, TANAP joined the SGC's final portion Trans Adriatic Pipeline (TAP), harbingering the pipeline’s comprehensive readiness for transporting gas from the South Caucasus Pipeline, the SGC’s firs segment, at the Turkish-Georgian border and bringing it to Europe at the Turkish-Greek frontier.

Düzyol said given the full readiness of TANAP, Turkey will immediately begin supplying gas to Europe, adding, however, there are some issues that would need to be settled first.

"We expect the completion of the Trans Adriatic Natural Gas Pipeline (TAP), which is built within the borders of Europe, to begin the commercial flow of Azerbaijani gas to Europe," he told Anadolu Agency. "We have already supplied 21.4 million cubic meters of filling gas to TAP, where the construction of the terrestrial pipeline is largely completed, to be used for testing and commissioning."

He went on to add that TAP officials announced the completion of the pipeline's offshore portion as of 9 June. More filling gas will leave for TAP in the coming months depending on the demand, according to Düzyol, who said commercial gas flow to Europe will take place as soon as possible after the completion of TAP's testing and commissioning studies.

The TAP consortium, who deals with the development and construction of the TAP route, announced this week that they have completed the 105 kilometer-long offshore section of the pipeline that connects Albania to Italy across the Adriatic Sea.