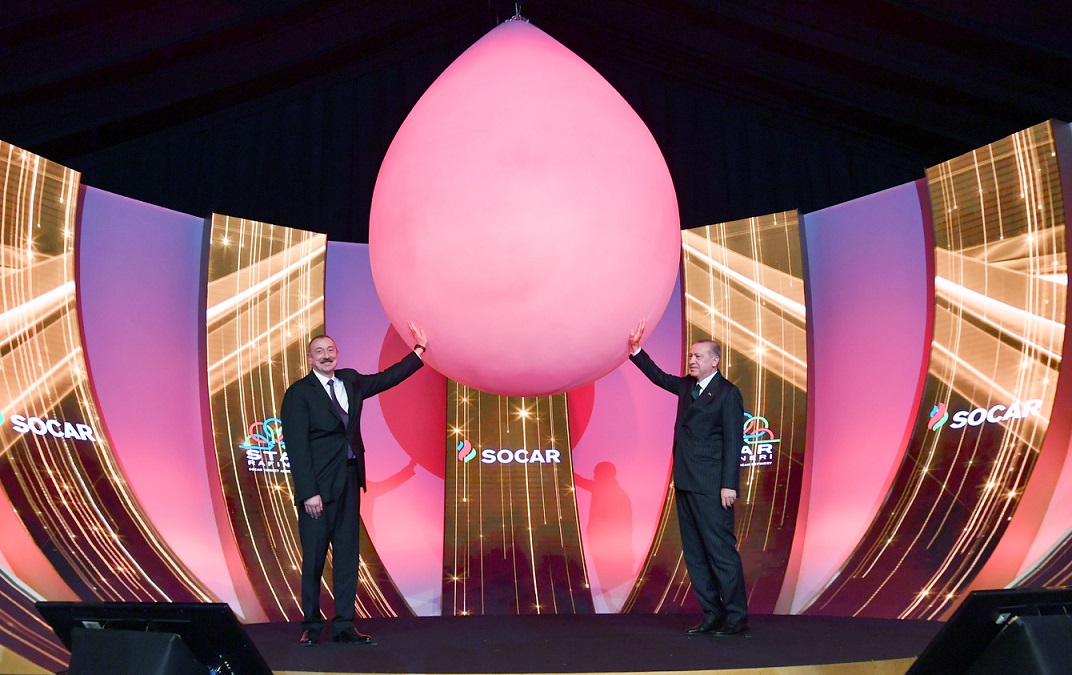 “Azerbaijan has invested $6.3 billion in building Star Refinery,” Azerbaijan’s President Ilham Aliyev said at the opening ceremony held at Aliaga port in Turkey’s Izmir province on October 19, according to his official website. “At the next stage, an additional $ 700 million will be invested. This is our biggest investment we made abroad.”

Imports of diesel fuel in Turkey are expected to fall by 40 percent thanks to the refinery, while domestic jet fuel demand is expected to be met fully. The complex will also help reduce the current import levels of liquefied gas to 70 percent, down from 80 percent. STAR will ultimately supply 25 percent of Turkey’s overall import of oil products and generate $ 6-8 billion annual trade volume, depending on the price of oil in global markets. 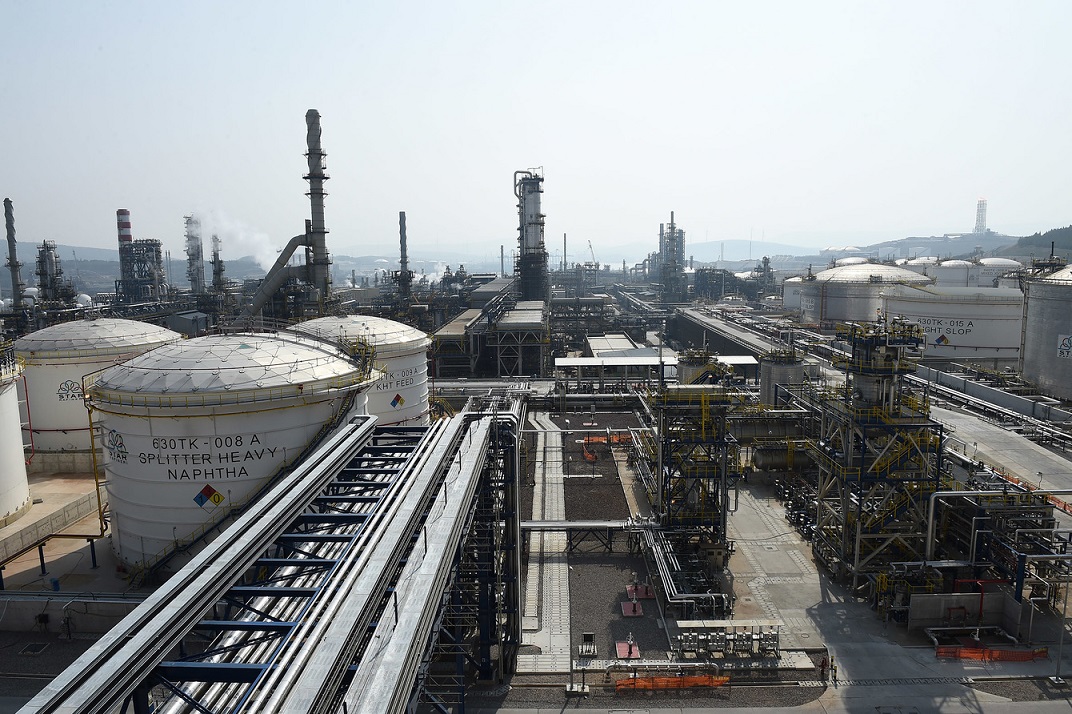 Around 1.6 million tons of naphtha will be supplied by STAR as the main material that will feed into another one of SOCAR’s ventures in Turkey, namely the Petkim petrochemical plant. SOCAR & Turcas Energy A.S. acquired a 51 percent share of Petkim for $2.04 billion in 2008.

“This oil refinery is Turkey's largest energy project,” Turkish President Recep Tayyip Erdogan said at the launch last week. “From this point of view, we target to cut imports of oil products by $ 1.5 billion annually and reduce dependence on foreign oil products.”

“The largest real estate investment in the last 30 years [in Turkey], STAR Oil Refinery is one of the largest oil facilities in Europe, the Middle East, and North Africa. This plant will be of great benefit to the Turkish and Azerbaijani economies and will enhance the well-being of the Aegean region.”

STAR Refinery was not the only facility to go online last week at the Aliaga port. On the same day, SOCAR also launched the Petlim Container Terminal, one of the three largest ports in Turkey. The PETKIM Wind Power Plant was also started, as part of SOCAR’s renewable energy contributions to industries in Aliaga, and is able to generate 51 megawatts. The energy plant will be connected to Turkey's energy grid to meet growing domestic demand for energy as well as the energy needs of SOCAR’s operations in Aliaga.