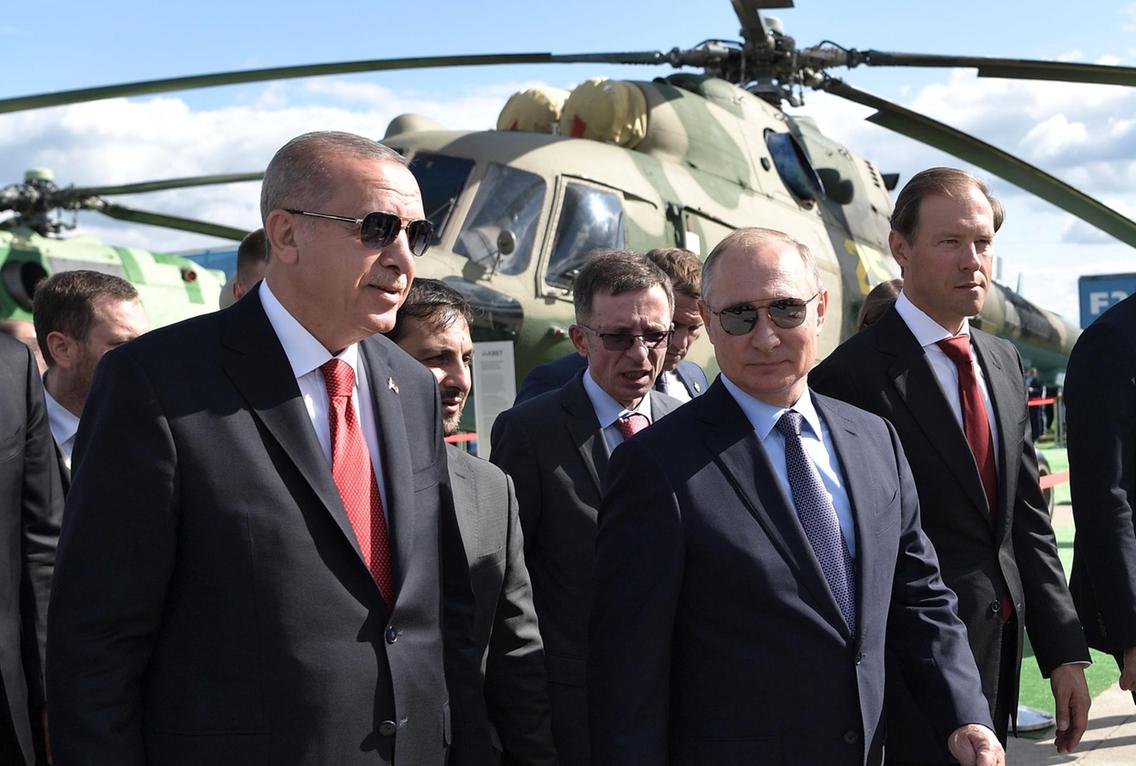 Earlier this week Turkey’s President Recep Tayyip Erdogan was on a one-day visit to Russia to attend the International Aviation and Space Salon, also known as MAKS 2019, which opened in the city of Zhukovsky on August 27. There Erdogan met with President Vladimir Putin, where the two examined Su-35 and Su-57 warplanes at the airshow.

"Turkey and Russia can carry out joint work on Su-35 fighter jets and can also cooperate on Su-57 planes," Daily Sabah quoted President Putin as saying on Tuesday. "We do not only have the potential to sell, but also to jointly produce."

The Su-35 is Russia's top warplane, while the Su-57 is its fifth-generation, most advanced, multi-role fighter jet.

Erdogan's interest in building up Turkey’s defensive cooperation with Russia comes amidst the backdrop of heightened pressure from Washington. On July 17, the U.S. Department of Defense announced that the United States is "unwinding" Turkey, a NATO member, from its F-35 Joint Strike Fighter program - a move that had been expected in response to Turkey’s purchase from Russia of the S-400 system.

Last month Turkey received the first batch of the S-400 missile defense system, and last Tuesday it received a second shipment, according to the Turkish Defense Ministry.

Although Ankara has repeatedly emphasized the S-400 would not be integrated into NATO systems and would not pose a threat to the alliance, U.S. officials maintain that the F-35 program cannot coexist with what is suspected to be a Russian intelligence collection platform.

Meanwhile, the cut-off from the F-35 program might force Turkey to buy more Russian equipment.

"We will continue discussing the topics," TASS quoted Dmitry Shugayev, head of Russia’s Federal Service for Military-Technical Cooperation, as saying to the head of Turkey’s Presidency of Defense Industries, Ismail Demir, on the sidelines of MAKS 2019 on Wednesday.

"We will move forward with the possible deliveries of the Su-35 or Su-57s, as great interest had been shown, but it's too early to talk about contract negotiations."

The Russian official also said that the two countries will also be discussing cooperation in the area of electronic warfare.