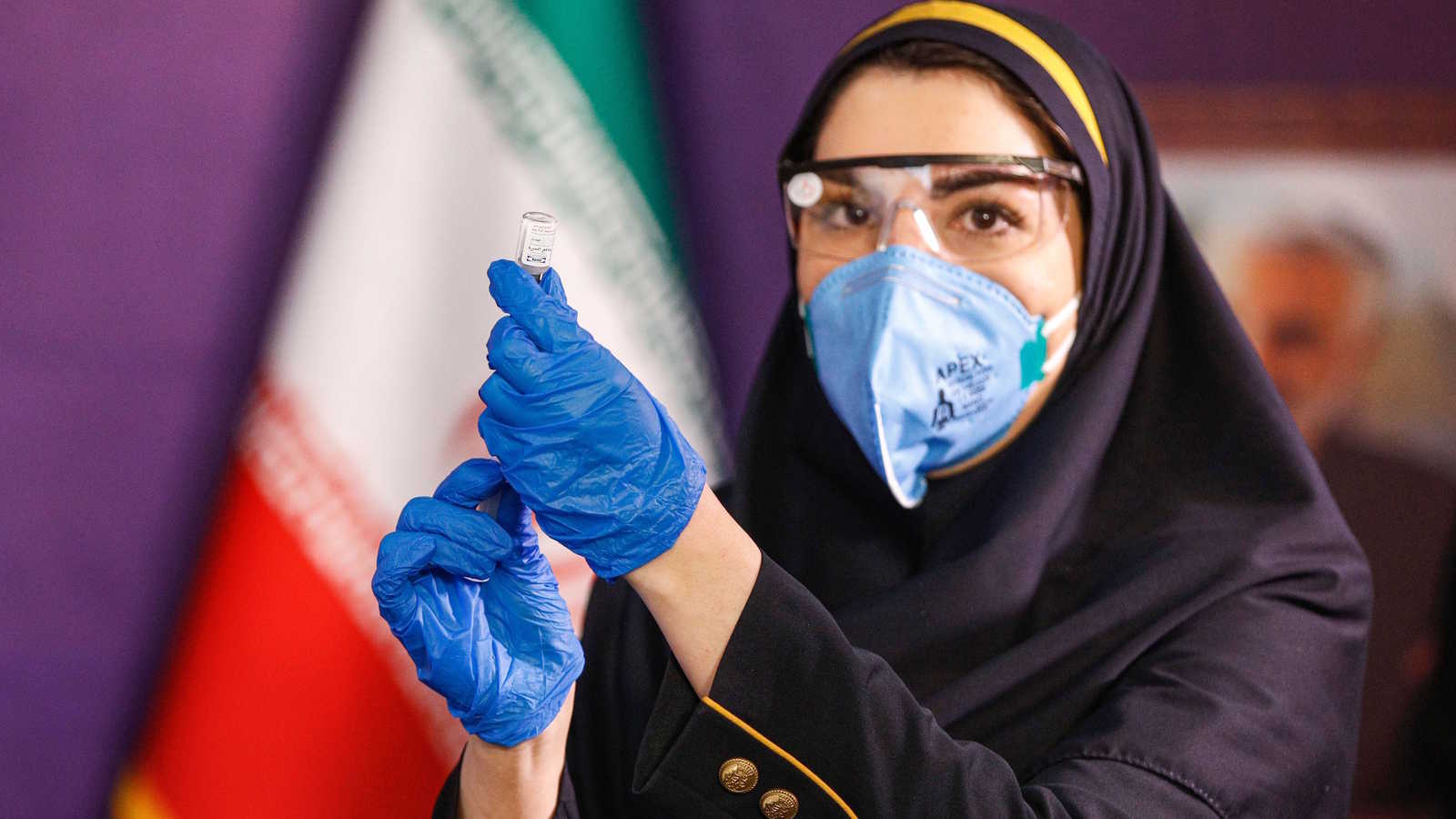 An Iranian medical worker prepares an injection during the first trial phase of a locally made Iranian vaccine for COVID-19 in the capital Tehran, on December 29, 2020. / AFP/Getty Images

Officials in Iran announced this week that the country would soon begin testing its domestically made coronavirus vaccines.

“In the next three weeks, two or three more companies involved in the production of COVID-19 vaccine will begin clinical trials,” said Mostafa Ghanei, who chairs the country’s Scientific Committee of Coronavirus Combat and Prevention Headquarters, according to a report by Iran’s Mehr news agency.

Ghanei added that Baqiyatallah University of Medical Sciences and Iran’s Defense Ministry would launch clinical trials of their vaccines after being tested by the Ministry of Health and Medical Education.

As of today, 12 Iranian companies have applied for COVID-19 vaccine production, of which eight have already launched their development activities. Two of these companies have already started testing their vaccines — Barekat and Pasteur — in humans, while  one more company (Raazi) is awaiting for an approval to launch human trials.

“So far, Iranian-made coronavirus vaccines produced by the Execution of Imam Khomeini Order (EIKO) and Pasteur Institute of Iran have received clinical licenses, and they already started their activities,” Ghanei said on January 23.

On December 29, Iran launched human trials of its first coronavirus vaccine, COVIran Barekat, developed by EIKO’s subsidiary Shifa Pharmed. The daughter of Mohammad Mokhber, who heads EIKO, as well as two other officials became the first to receive the vaccine. So far, at least 14 people have been vaccinated as part of the first stage of the clinical trial and another 42 are now awaiting vaccination. As part of the second stage, 500 people will be vaccinated and if everything goes well Iran will launch mass production of its first locally-made vaccine.

Meanwhile, the vaccination of the population in Iran using imported vaccine will start on February 10, according to Iran’s Health Minister Saeed Namaki, but only “if the vaccine is proved to be the safest and the most secure.”

Iran will receive 16.5 million doses of vaccines as part of its agreement with COVAX, a global initiative to ensure rapid and equitable access to COVID-19 vaccines for all countries, regardless of income level. At the same time, the country is in talks with China to purchase about 4 million doses of Chinese-made vaccine. Iran is also considering buying Russian and Indian vaccines against novel coronavirus.

On January 19, Iranian President Hassan Rouhani said that if not for the sanctions, barriers and restrictions by the Trump administration, purchasing of vaccines would have started earlier, and that “it was the crime that the Americans committed against the Iranian people.”

According to President Rouhani, the Iranian government will be trying to provide vaccines from alternative sources by March 20, and all efforts are being made to vaccinate the country's population by this date.

The coronavirus death toll in Iran has passed 57,000, according to data from Iran's Ministry of Health and Medical Education. Sima Sadat Lari, the ministry’s spokesperson said Saturday that 1,367,032 Iranians have been confirmed infected, of which 1,158,475 have been recovered.