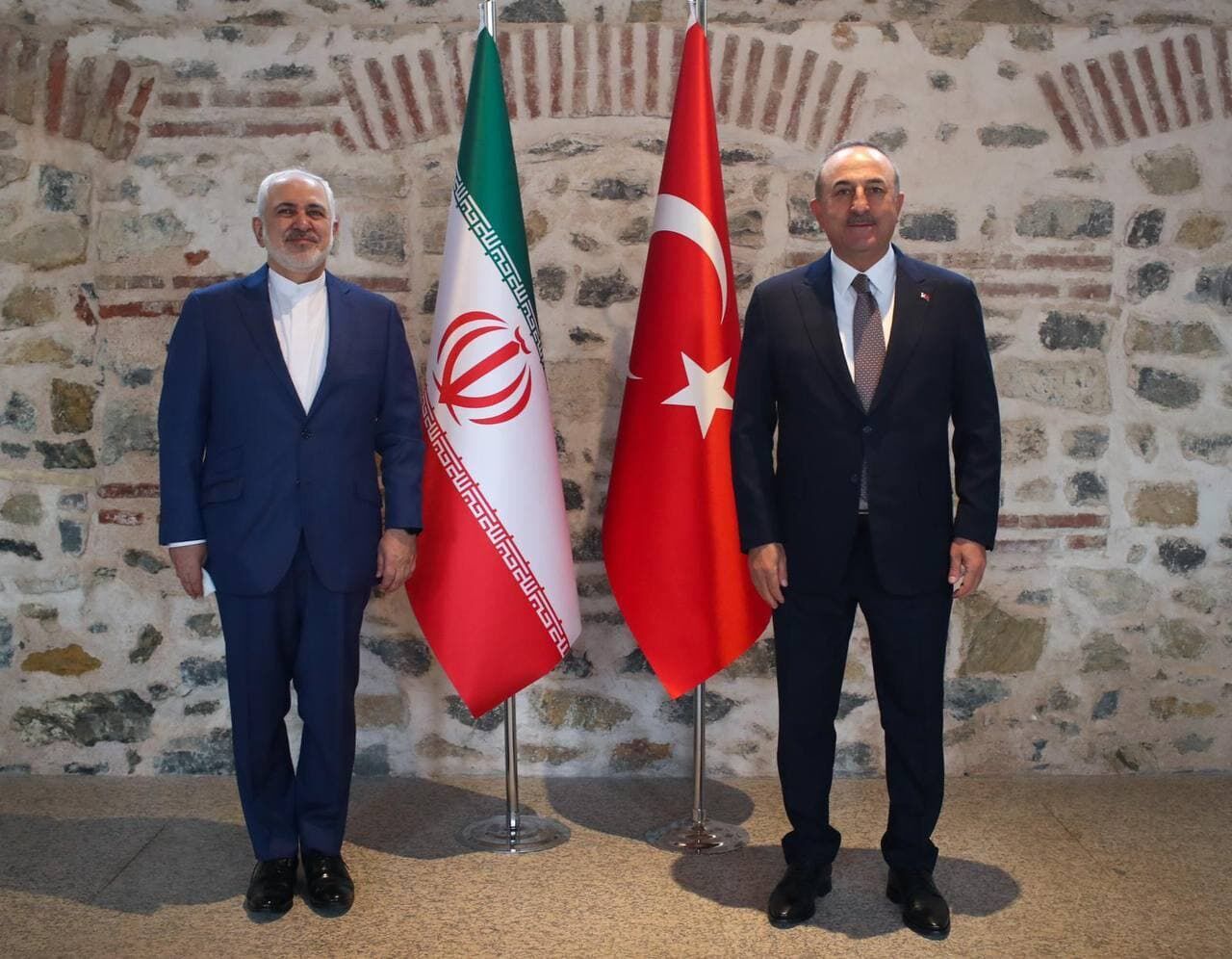 Iranian Foreign Minister Mohammad Javad Zarif has described his visit to Turkey and talks with his Turkish counterpart Mevlut Cavusoglu as “productive” and “constructive”, amid differences between the two countries over conflicts in the Middle East.

"Productive trip to wonderful Istanbul for talks with my brother, FM @MevlutCavusoglu," Zarif wrote in a Tweet on March 19.

"As before, constructive engagement on bilateral and regional issues. Ultimate aim: Apply Iran and Turkey's experience of 400 years of peace to our region. Together, anything is possible," he added.

In a meeting in Istanbul earlier on Friday, the two top diplomats discussed the cooperation in the field of fighting terrorism, bilateral relations and regional developments, especially the latest developments in Syria, according to the Iranian state news agency IRNA.

The Iranian and Turkish foreign ministers also discussed economic and trade relations, including the date, and agenda of Iran-Turkey Joint Economic Commission.

"Iran and Turkey, as two important regional powers, have continued their close political talks on regional issues, and despite some differences that are natural; they never stopped interacting with each other," the Turkish foreign minister said.

He also expressed his country’s support for the US tendency to return back to the Iranian nuclear deal, and hoped for the deal's revival.

Tensions between Ankara and Tehran have been rising recently, as Iranian-backed Shiite militias in Iraq have built up their presence in Iraq’s northern Sinjar region and issued statements threatening Ankara over carrying out counterterrorism operations in northern Iraq.

Last October, the federal government in Baghdad signed a joint security agreement with the Kurdish regional government over Sinjar, a district in northwestern Iraq. Sinjar closely borders Syria’s al-Hasakah province to the northwest. This deal and intensified dialogue between Turkey and Iraq aim to curb the influence of the Kurdish PKK terrorist organization in a wider region in northern Iraq and eastern Syria.

Ankara says Sinjar is a critical logistical base for the PKK to supply its affiliates based in Syria that are part of the US-backed Kurdish rebel groups. The region is also an important base for Iranian-backed militias.

Turkey’s military operation against the PKK in a mountainous region close to Sinjar, in February, led to a spat between Ankara and Tehran, and prompted Turkey and Iran to each summon one another’s ambassadors. Following the incident, Iran’s envoy to Baghdad, Iraj Masjedi, warned Turkish forces against posing a threat or violating Iraqi soil, where Iran’s influence remains strong.

However, the Iraqi and Syrian issues are not the only policy areas where Tehran’s and Ankara’s interests may converge. The Iranian foreign minister said in June 2020 that “we have common views with the Turkish side on ways to end the crises in Libya and Yemen,” indicating the possible emergence of a regional realignment between Iran and Turkey in the Libyan and Yemeni conflicts.

Since the start of the Saudi-led coalition’s invasion of Yemen in March 2015, Turkey supported the coalition’s military campaign, opposing the Iran-backed Houthis. However, Ankara changed its position toward the conflict since 2018, as Turkey’s relations with Saudi Arabia worsened over the Khashoggi murder scandal.