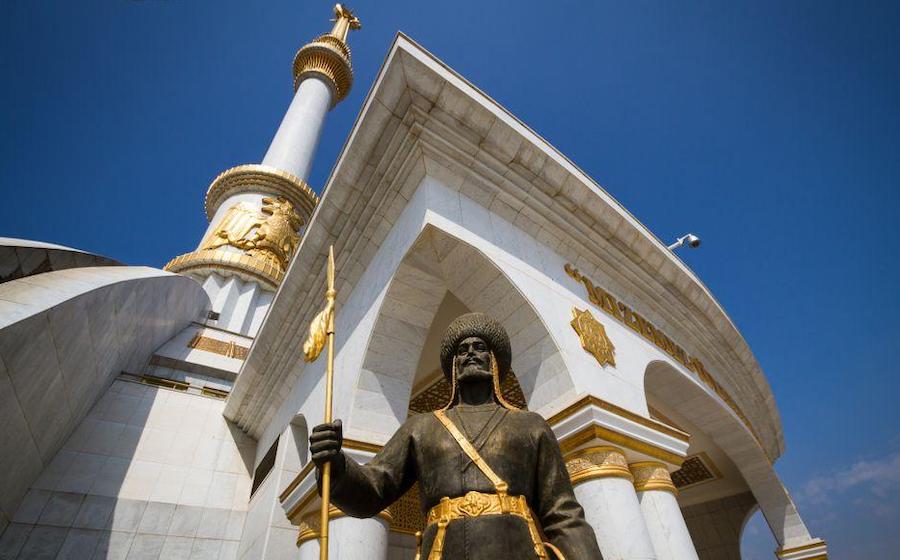 A former Soviet republic of about 5.4 million people and a gross domestic product (GDP) of $37.9 billion as of 2017, Turkmenistan today is Central Asia’s third-largest economy, behind Kazakhstan and Uzbekistan. / Jakub Buza / Shutterstock

Officials in Washington are making a concerted push to develop bilateral ties with what is Central Asia’s third-largest economy, Turkmenistan.

The initiative is expected to help local businesses create new jobs, improve skills, and increase sales and exports in targeted sectors, including information and communications technologies, food processing, carpets, and leather and handicraft goods. According to the agency’s statement, it will provide Turkmenistan’s leading firms and organizations with forward-thinking strategies ‘‘to achieve their goals through collaborative, cost-shared activities".

USAID has been active in Turkmenistan since 1992 after the country became independent. In 2019, the agency helped the Central Asian country establish its first private accredited food safety lab, to reduce the time and cost of exporting goods and provide local businesses with access to once-elusive foreign markets.

During the Tuesday’s meeting, which brought together at least 30 representatives of Turkmen businesses, officials from USAID offered to link local entrepreneurs to high-growth markets.

At the same time, the U.S. ambassador believes Turkmenistan is a promising market for businesses though they are thousands of miles apart.

“Our aim is not just to create a network here in Turkmenistan or to link Turkmen businesses regionally with Central Asian partners, but to look beyond to the U.S. and other international firms to establish vital partnerships and attract investment,” said Matthew S. Klimow, U.S. Ambassador to Turkmenistan, according to a statement published to the agency’s website on Tuesday.

A former Soviet republic of about 5.4 million people and a gross domestic product (GDP) of $37.9 billion as of 2017, Turkmenistan today is Central Asia’s third-largest economy, behind Kazakhstan and Uzbekistan, according to U.S. government statistics. While agricultural exports comprise a sizeable portion of its economy, 25 percent of the country’s GDP is primarily derived from hydrocarbons, particularly natural gas – the bulk of which goes to China and Russia.

Officials in Washington have repeatedly offered that Turkmenistan should diversify its gas export base.

Last year, U.S. President Donald Trump expressed hope that Turkmenistan will be able to take advantage of new gas export opportunities to the West, referring to a document signed by the region’s five countries, which include Turkmenistan, to resolve the status of the Caspian Sea.

“The people of the United States of America and its businesses continue to look for new directions to strengthen our economic cooperation with Turkmenistan,” the American president wrote in a letter to his Turkmen counterpart, Gurbanguly Berdimuhamedow.

Turkmenistan has never had much luck selling its gas to Europe as it would require a pipeline that passes underneath the waters of the Caspian to Azerbaijan, Georgia and Turkey, and further west to Europe. Such a project was already announced in 1996 and now it is known as Trans-Caspian underwater gas pipeline.

The unresolved status of the Caspian Sea, however, dashed any hopes of launching of the project. In 2018, Ashgabat had a hope after the leaders of Azerbaijan, Iran, Kazakhstan, Russia and Turkmenistan finally signed an agreement on the status of the sea’s waters. At the same time, the contract for the project was never signed except for the contract signed in 1999 by General Electric, Bechtel and Turkmenistan’s government to study the proposed pipeline route.