The Sky Is The Limit In The Caspian 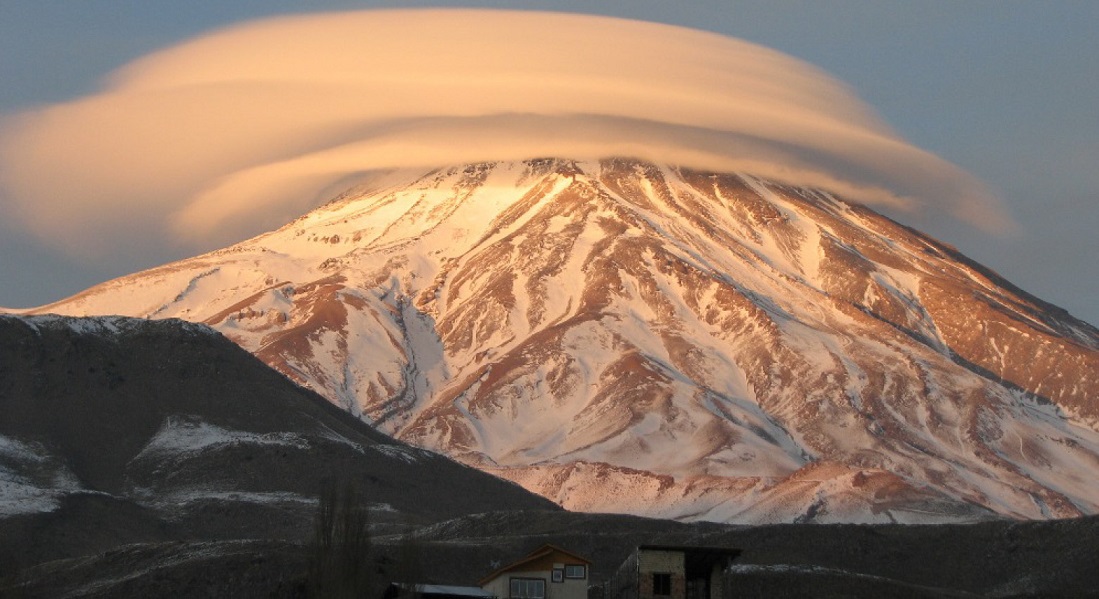 Mount Damavand, standing at 5,670 meters above sea level, is to Iranians what Fujiyama is to the Japanese.

They say memories made in the mountains stay in our hearts forever. The giant guardians of the blue sky hide secrets few humans dare to reveal. The Caspian region is home to numerous mountain ranges and ice-covered snowy peaks, including the ridges of the Greater Caucasus to steep slopes of the enormous Tian Shan range.

Mount Bazardüzü in the Greater Caucasus range, in Azerbaijan’s north, makes for a memorable vacation. At 4,466 meters above sea level, Bazardüzü is the highest peak in the country. The summit’s name is derived from an ancient bazaar that was held weekly in the summer pastures of cattle-breeding tribes, close to plains of the mountain. Summer is considered the most relevant season to climb the peak from two different routes in northeast and southwest slopes, in Guba-Gusar and Gabala regions of Azerbaijan, respectively. British climbers George Percival Becker and George Yeld were the first men to climb the Bazarduzu peak, in 1890. 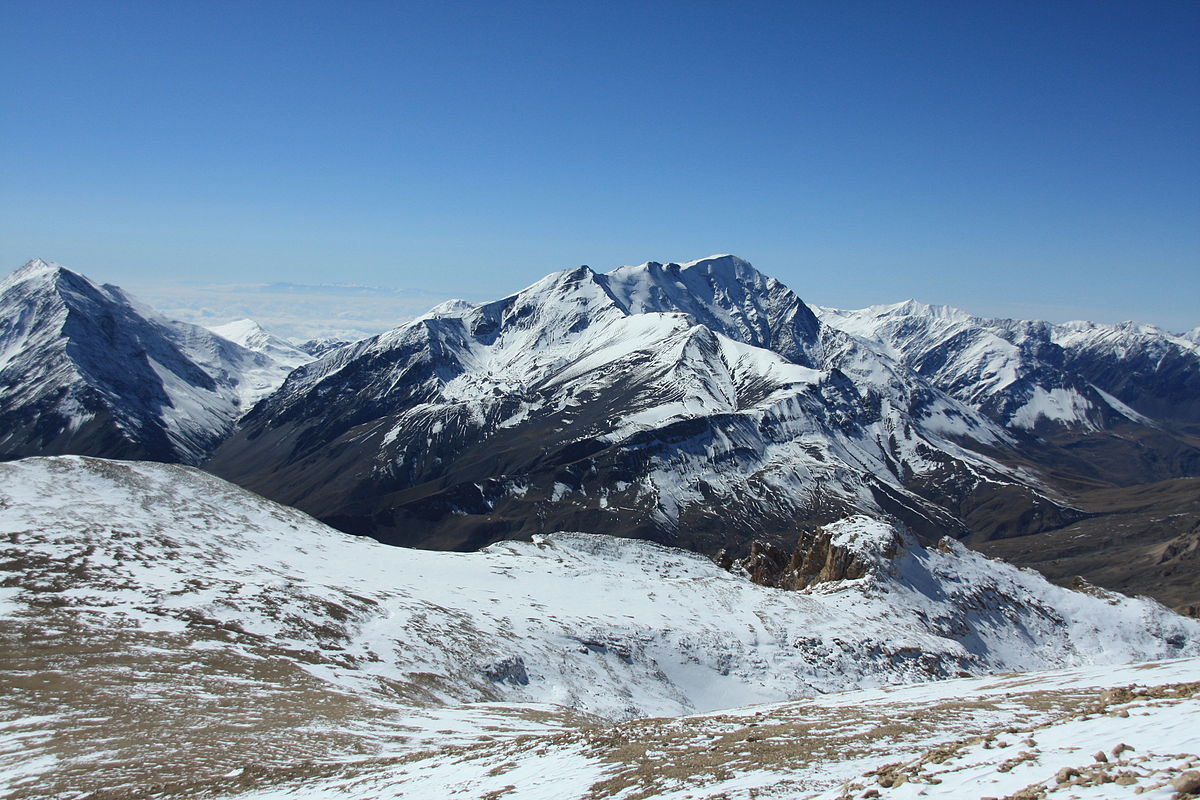 The eye-catching panorama of Iran can be seen from the top Mount Damavand, the highest peak to climb in the Caspian country and the highest volcano within the Elburz mountain range. Damavand, standing at 5,670 meters above sea level, is to Iranians what Fujiyama is to the Japanese. The summit, located in the southeastern coast of the Caspian Sea, is the second most prominent of its kind across Asia, after the world’s pinnacle Mount Everest.

There are at least 16 known routes to climb to Damavand. The most popular pathway is from the southeast, which makes it easier with its steps and a camp midway. Going through the northeastern itinerary takes two days to reach the summit as it starts from the very feet of the mountain in the village of Nāndal. Mid-June to mid-September is considered the most suitable season for climbing to Damavand. 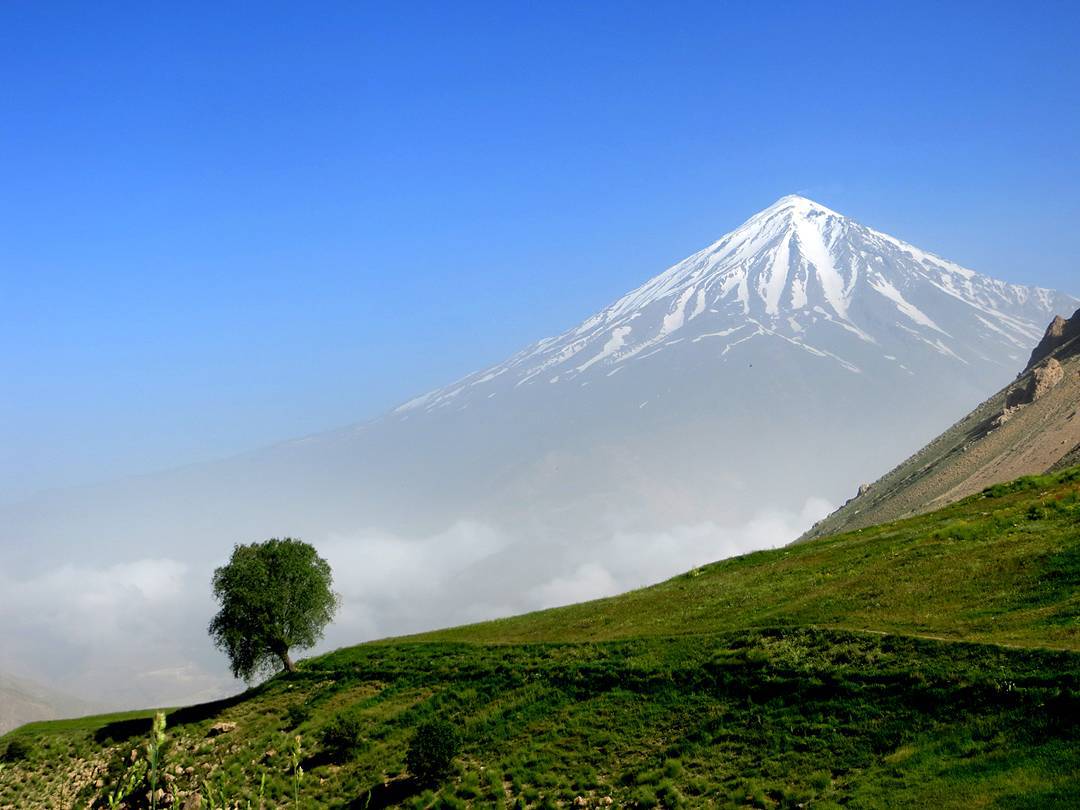 Mount Khan Tengri within the Tian Shan range is Kazakhstan’s most prominent peak. With the pyramidal glacial cap standing at 7,010 meters in elevation from sea level, the summit boasts the highest point within the Caspian country. The name Khan Tengri, means “Lord of Sky” in an ancient Turkic language, and comes from the rituals of ancient indigenous people of Kazakhstan who gathered to worship the god guided by a spiritual leader, called a shaman. Though the ascent to the peak is hard and dangerous due to its steep slopes and permanently iced ridges, Khan Tengri is not excluded from a climber’s map. There are 15 routes to climb the summit, from the south, the west and the north. The southern route is considered the easiest, with its established pathways and base camps, while the rest are less popular due to extremely dangerous slopes and difficult passages. The most interesting experience waiting for climbers, in addition to incredible views on top of Khan Tengri, is a capsule that holds messages from everyone who was there. Each new conqueror of the peak digs out the capsule, adds a message and then buries it back again. 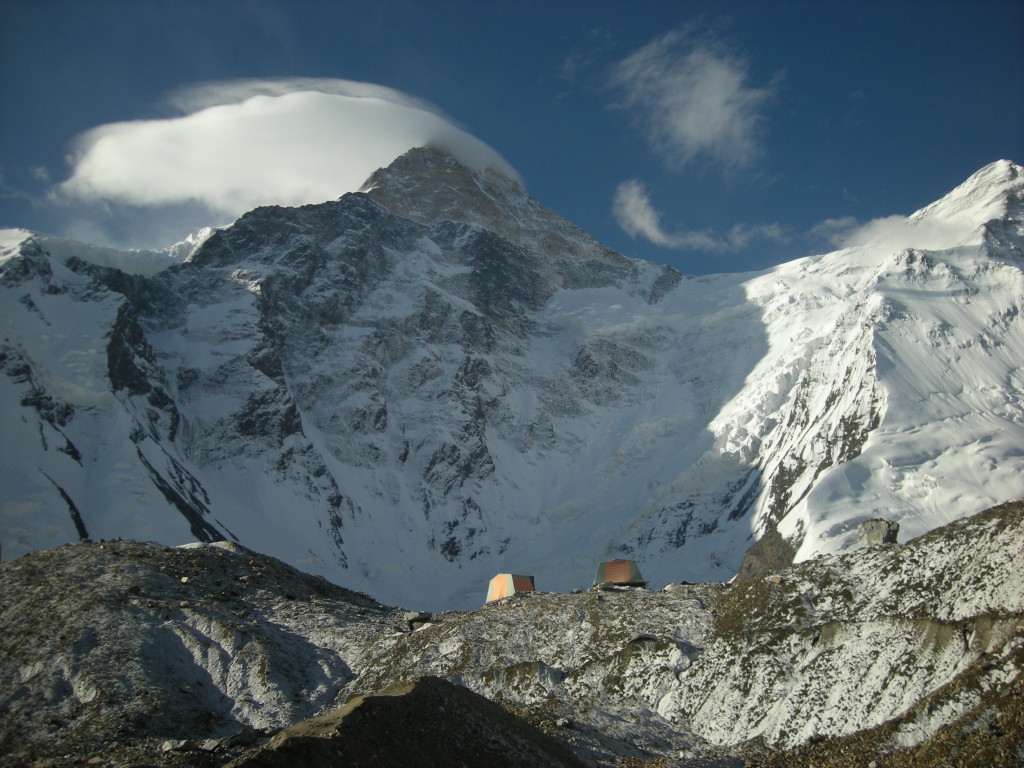 When you put Russia on your travel bucket list as a destination for mountaineering, Mount Elbrus pops up as the first and best option to go with. Elbrus, located in the Russian Caucasus, is the highest point in what is the Caspian’s largest country and Europe, at an altitude of 5,652 above sea level. After the Caucasus watershed was identified as the intercontinental boundary between Asia and Europe, the peak was placed in Europe on maps due to its position on the north of the Caucasus inside Russia.

Elbrus, which has two summits – the West and East Peaks - stands at 832 meters higher than Western Europe’s highest mountain, Mont Blanc. The formidable and freaky outlook of the mount might seem conquerable for only professional climbers, but the increasing number of annual hikers proves it to be accessible for most. The ascent of Elbrus comes to happen easier via Normal and Kiukurtliu routes thanks to the cable car and chairlift systems. On-foot hiking through icy ridges and glacier slopes to the peak takes between six and nine hours. Regardless of the season, the temperature in Elbrus is harsh and unpredictable with already icy temperatures falling below freezing grades. An expedition led by British climber Florence Crauford Grove conquered the West Peak in 1874. The ascent of East Peak was tackled by Russian mountaineer Killar Hashirov in 1829. 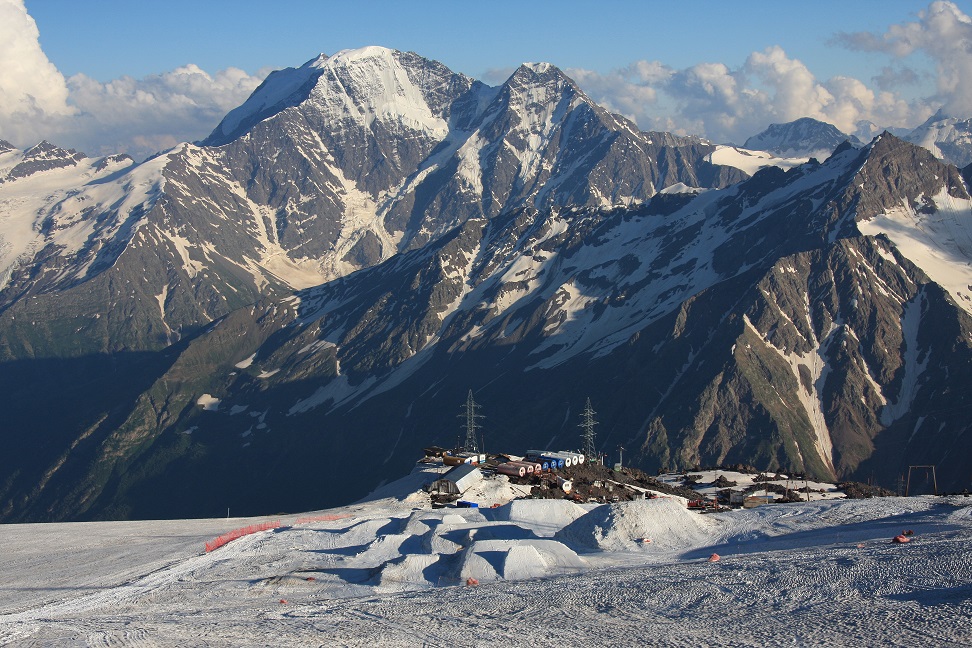