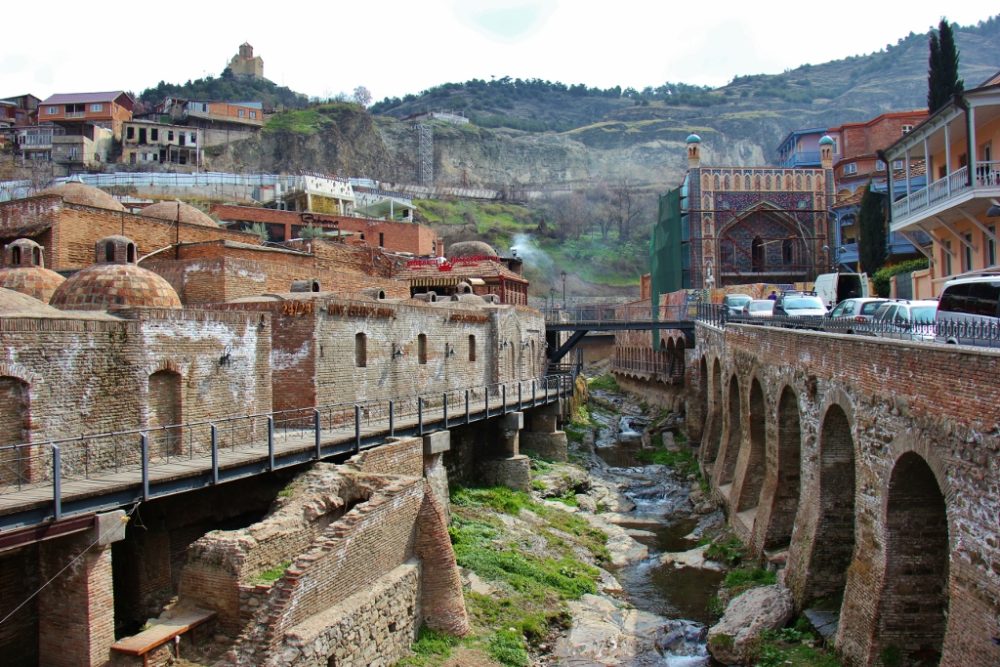 The number of Iranians visiting Georgia has significantly grown since the two countries signed a visa-free travel agreement in 2016. Almost 300,000 Iranians visited Georgia in 2017. / Georgialike.com

Iran’s top envoy to Georgia has laid blame for bilateral tensions between the Caspian country and the South Caucasus nation on “enemies” of the two countries, in the midst of a recent spat regarding travel by Iranian citizens.

“The existing problems are partly caused by enemies of Iran-Georgia relations; the one benefiting from such behaviors is neither the nations of Iran and Georgia nor governments of the two countries,” said the Iranian ambassador to Georgia Javad Ghavam Shahidi, during a press conference in Tbilisi on December 12, according to the Iranian state-run IRIB news agency.

“We and our friends must be vigilant not to allow the third parties to destruct the relations,” Shahidi said.

In a reply to a question about reports on establishing visa requirements for Iranian citizens wishing to travel to Georgia, Georgia’s Foreign Minister David Zalkaliani said, “Iranians can visit the country without obtaining visas”, Radio Tavisupleba, the Georgian bureau of Radio Liberty reported.

But despite Zalkaliani’s words, Iranians’ concerns regarding international travel to Georgia have been growing due to a series of incidents throughout this year.

Earlier this month Iran’s foreign ministry had reported that nearly 200 Iranian citizens had been refused entry at air and land borders of Georgia. And according to Iranian Students’ News Agency, 2,345 Iranian citizens had been denied entering the country since March. In the wake of the incident, the Georgian ambassador to Tehran was summoned to the Iranian foreign ministry.

In August, several Iranian passengers wearing Islamic headscarves were allegedly disrespected during security checks for a flight from Tbilisi, Georgia to Isfahan, Iran. The Iranian embassy in Tbilisi described the incident as “mistreatment” of Iranian women and sent a protest note to Georgia's foreign ministry.

The number of Iranians visiting Georgia has significantly grown since the two countries signed a visa-free travel agreement in 2016. Almost 300,000 Iranians visited Georgia in 2017. And since then, Georgia has offered permanent residency to those that invest in its real estate market, resulting in some Iranians purchasing apartments and villas in Georgia.

Considering the flow of financial investments by Iranian businessmen into Georgia’s economy, Tehran’s discontent may have negative effects. Meanwhile, Iranian media outlets have suggested that Georgia’s tougher stance towards admitting Iranians into the country may be the result of Salome Zurabishvili’s election as Georgia’s new president, who “has a tough immigration policy”.