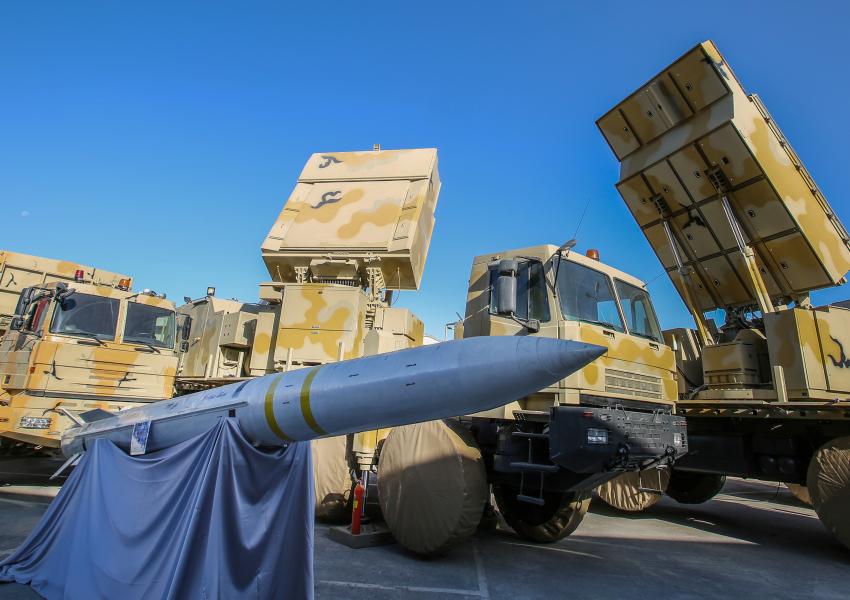 Ambassadors from France, Germany and the United Kingdom alleged that Iran has developed nuclear-capable ballistic missiles in a joint letter addressed to the United Nations Secretary-General Antonio Guterres and officially released by the UN on December 4, 2019. / Iran International

Iranian Foreign Minister Mohammad Javad Zarif has described allegations made by France, Germany and the United Kingdom against Iran's missile program as “falsehood.”

“Latest E3 letter to UNSG on missiles is a desperate falsehood to cover up their miserable incompetence in fulfilling bare minimum of their own JCPOA [The Joint Comprehensive Plan of Action, the Iran nuclear deal] obligations. If E3 want a modicum of global credibility, they can begin by exerting sovereignty rather than bowing to US bullying,” Zarif wrote in a tweet on December 5.

Iran’s top diplomat also posted scanned images of two UNSC resolutions under his tweet: Resolution 1929 on banning Iran's ballistic activities stamped as having been “terminated,” and Resolution 2231, still endorsed, outlining the termination of Resolution 1929 in 2010 under Article 41 of UN Charter.

The minister’s remarks came after ambassadors from France, Germany and the United Kingdom alleged that Iran has developed nuclear-capable ballistic missiles in a joint letter addressed to the United Nations Secretary-General Antonio Guterres and officially released by the UN on Wednesday.

The three European signatories listed four examples of activity indicating nuclear-capable missiles, stating, "Iran's developments of nuclear-capable ballistic missiles and related technologies is inconsistent" with a UN resolution restraining the country from doing so, according to CNN. The letter cites footage of a flight test for a new Shahab-3 ballistic missile, which is estimated to have a range of approximately 965 km (600 mi).

"The Shahab-3 booster used in the test is a Missile Technology Control Regime category-1 system and as such is technically capable of delivering a nuclear weapon," the letter reads, noting that the Shahab-3 is equipped with a new maneuverable re-entry vehicle that is, "likely to both improve the accuracy of missiles produced in future and enable existing missile stocks to be upgraded, increasing their accuracy."

According to U.S. intelligence assessments Iran is believed to possess the largest and most diverse ballistic missile arsenal in the Middle East, with a substantial inventory of close, short and medium-range missiles that can strike targets throughout the region.

Meanwhile, Iran has repeatedly underlined that its missile program is of a defensive and deterrent nature.

“Iran’s activities related to space launch vehicles and ballistic missiles fall outside of the purview or competence of resolution 2231(2015) and its annexes,” the ambassador wrote, according to Mehr.

“Iran is determined to resolutely continue its activities related to ballistic missiles and space launch vehicles, both of which are within its inherent rights under international law and are necessary for securing its security as well as socioeconomic interests.”

The Europeans' letter came as U.S. intelligence agencies and the Pentagon reportedly tracked the movement in recent weeks of several Iranian short-range ballistic missiles into Iraq.

"While some of the missiles may be categorized as ballistic, they are very short range", CNN quoted an anonymous U.S. official on December 4.