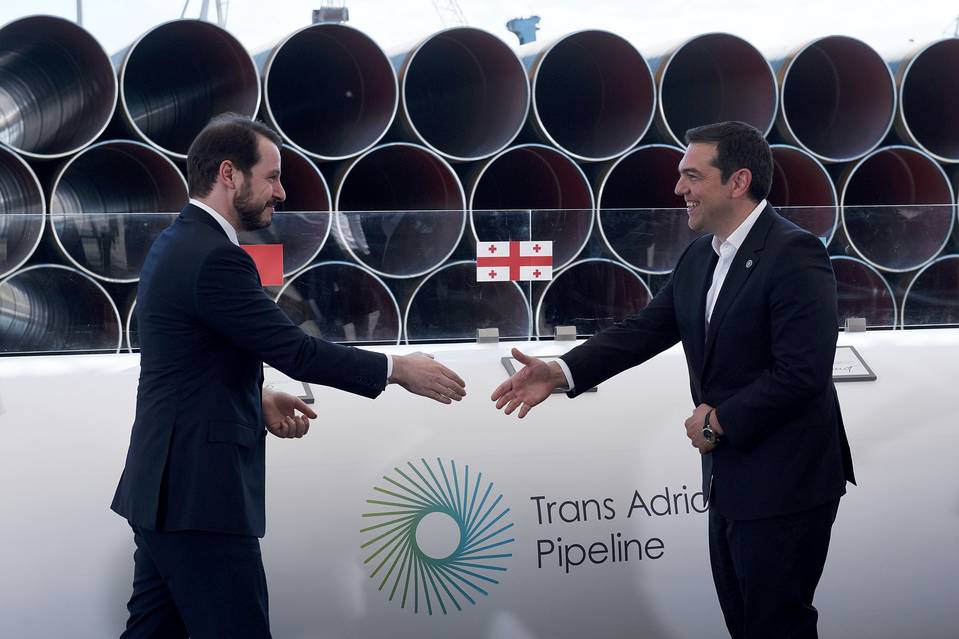 The Trans Adriatic Pipeline (TAP) will carry eight billion cubic meters (bcm) of natural gas from Azerbaijan to the European markets by the end of 2021, the International Energy Agency (IEA) said in a quarterly report.

The Gas Market Report for the fourth quarter of this year provided a general overview of global gas trade, including a review of gas security in light of recent supply-related developments and an analysis of short-term gas market evolution to 2022.

According to the report, European gas demand is expected to climb by 4.5 percent year-over-year (y-o-y) in 2021, with most of the demand growth concentrated in the first half of the year. The anticipated rise in gas prices during the cold winter season is expected to weigh both on gas burn in the power sector and gas demand in the industry.

“Exports from North Africa rose by over 50% y-o-y in Q3, driven by higher flows from Algeria both to the Iberian gas market and Italy. Net pipeline exports from Russia rose by 14% y-o-y in Q1-3. Azeri [Azerbaijani] exports via the TAP pipeline rose close to 5.5 bcm since the beginning of the year,” the report reads.

According to the IEA information, the new natural gas export corridors, including the Southern Gas Corridor, which delivers the gas from Azerbaijan’s offshore fields in the Caspian Sea to Europe, support the growth in Eurasia’s gas production.

“Azeri [Azerbaijani] gas output rose by 15% y-o-y, driven by the ramp-up of exports to Europe via the TANAP and TAP pipeline systems. Azeri flows via the TAP pipeline are foreseen to hover around 8 bcm [in 2021],” the report indicated, adding the gas supplies from Azerbaijan via TAP would hit 10 bcm or its contracted annual sales in 2022.

The Trans Adriatic Pipeline (TAP) starts at the Turkish-Greek border and runs along 773-kilometer onshore and 105-kilometer offshore routes traversing Greece and Albania toward its end destination in Italy.

Since the start of the first commercial flows on December 31, 2020, TAP carried nearly 5.5 bcm of Azerbaijani gas to Europe.

According to data from the Intercontinental Exchange (ICE), prices for November futures on the TTF in the Netherlands hit an all-time high at $1,936 per 1,000 cubic meters on Wednesday. The annual cost of supplying the average household in the UK with gas and electricity went beyond £1,800 ($2,450).

The main reason behind the crisis is said to be low reserves of gas storage ahead of the heating season and a surge in demand.