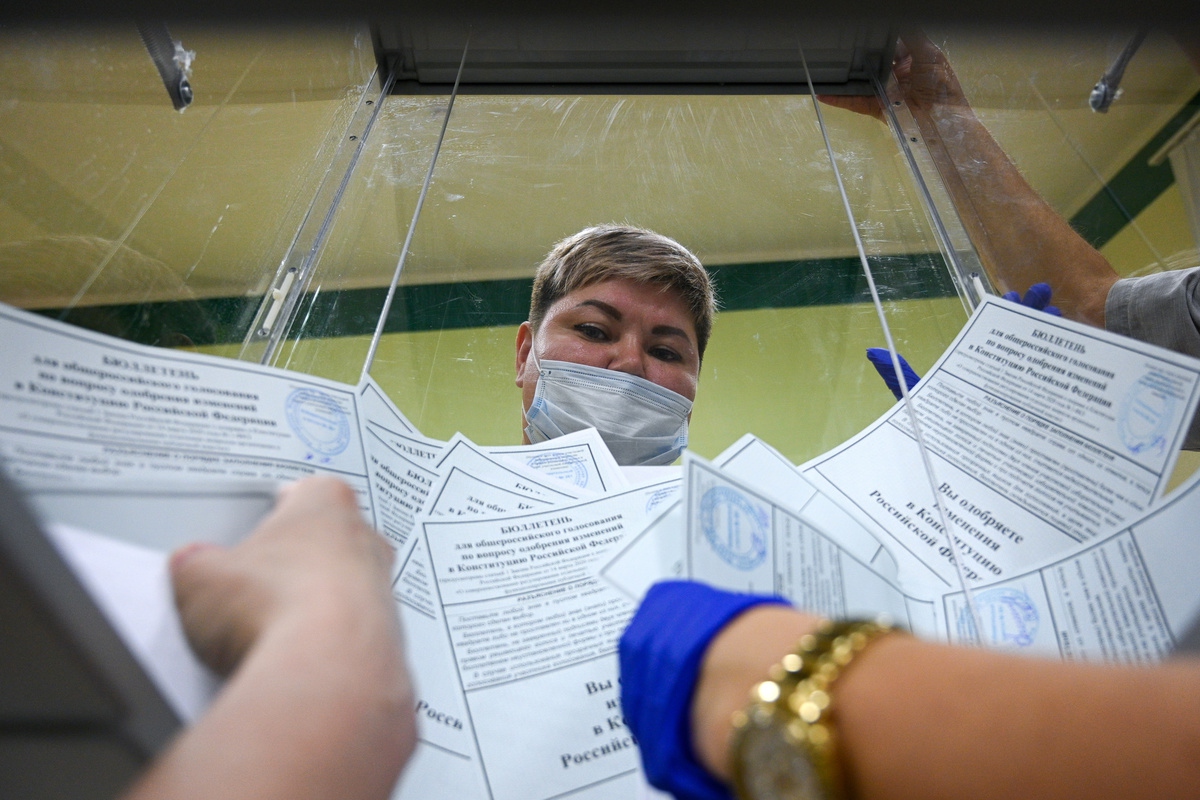 According to the Central Election Commission (CEC), 77.9% of those who voted favored the amendments to the constitution of Russia, while 21.3% opposed it.

Following a week-long national vote, Russians have overwhelmingly voted in favor of amendments to the country’s constitution that enable the current president, Vladimir Putin, to potentially run for re-election in 2024.

According to the Central Election Commission (CEC), 77.9% of those who voted favored the amendments to the constitution of Russia, while 21.3% opposed it, Russian news agency TASS reported. The latest data showed voter turnout standing at 65%.

The delayed Russian referendum went ahead last week and concluded yesterday as the country gradually emerges from quarantine measures imposed over the past few months to control the spread of Covid-19.

The referendum included a vote on 206 constitutional amendments covering a variety of issues, ranging from family values to pensions and the minimum wage, and rules ensuring senior officials do not hold foreign passports. Proposed reforms to the constitution also included a change that will "reset the clock" on President Vladimir Putin’s presidency allowing him to stay in the presidency after his term ends in 2024.

Ella Pamfilova, the Central Election Committee Head, lauded the organization of the referendum, saying that the nationwide vote went better than the CEC had expected.

"So far, it seems to us, actually, not only to us that it went even better than we expected," TASS quoted Pamfilova as saying on Thursday, thanking all the voting participants - members of election commissions, journalists and law enforcement agencies.

Pamfilova revealed that more than a million voters in Moscow and the Nizhny Novgorod region were able to vote online, while the remaining regions could only vote offline.

As for the e-vote results that took place from June 25 to July 1, 62.33% of Moscow voters supported the amendments and 37.67% opposed it. In Nizhniy Novgorod, the results were somewhat similar: 59.69% and 40.31% of the constituents voted "for" and "against", respectively.

Meanwhile, the Kremlin hailed the vote as a "triumph", and President Vladimir Putin thanked the Russian people for their "support and trust," adding that they were "improving the political system, firming up social guarantees, strengthening sovereignty and territorial integrity."

"The results of the All-Russian vote show that an overwhelming majority of Russian citizens believe that we can work better," Interfax quoted President Putin as saying at a meeting of the Pobeda (or Victory) organizing committee, adding that the government must do everything to justify this trust.

President Putin is currently serving his fourth presidential term. Some opposition figures denounced the vote, saying he was aiming to be "president for life," a claim President Putin denies.

The constitutional changes have already been approved by both houses of Russia’s Parliament, Russia's regional assemblies and the Constitutional Court, and Russia's nationwide vote was the last step before the set of reforms comes into force.

The referendum was originally scheduled for April 22, however, the Russian government made a decision to postpone it due to a drastic rise in the number of coronavirus cases.

According to the CEC, all necessary health and safety precautions were taken at polling stations, with temperature checks for voters and the availability of face masks and gloves.

In addition, indoor and outdoor voting stations were located across the country, with ballot boxes set up at parks, fields and on sidewalks, while some voters were able to vote online. Efforts to facilitate online voting were supported by authorities as a move to protect public safety amid the COVID-19 pandemic.