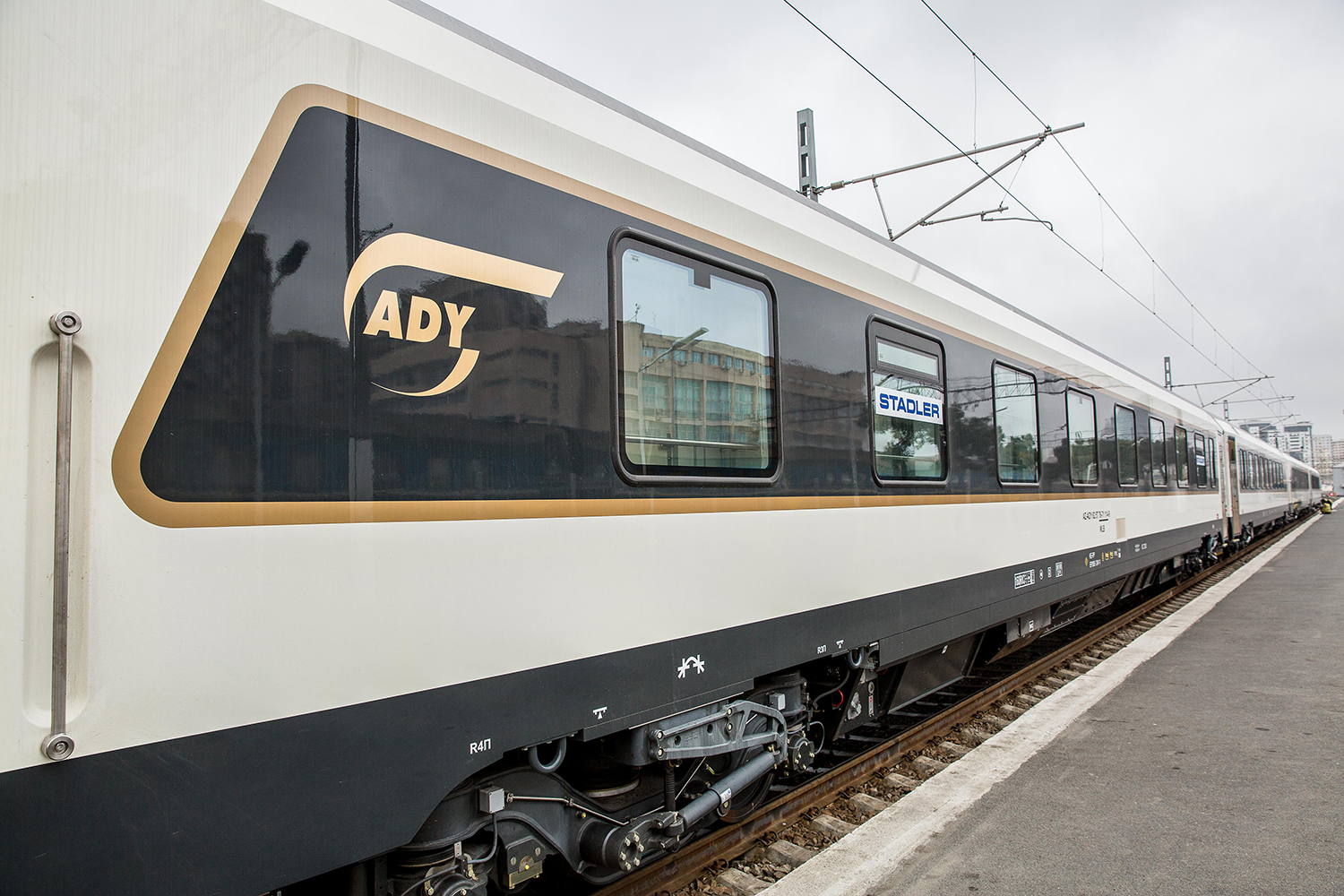 Azerbaijan Railways Company recently announced that it will be unloading 20 more ultra-modern passenger trains made by Stadler for use along the Baku-Tbilisi-Kars railway sometime next year.

“Currently, ten more wagons, for another full train, are in production at our plant in Minsk (Belarus). It is expected that deliveries will be made in the first quarter of 2020,” Stadler announced in a statement, according to Trend.

The $133.5 million contract between the Swiss firm and Azerbaijan’s national railway company is for a total of 30 coaches. Stadler had delivered the first 10 units to the railway in March.

The 846-kilometer (526-mile) Baku-Tbilisi-Kars railway was constructed as a result of an interstate agreement reached by three neighboring countries, namely Azerbaijan, Georgia and Turkey.

The route, which cost roughly $1 billion to build and had gone into operation in 2017, is considered the shortest and most reliable link between Asia and Europe. At one end of the line is Azerbaijan’s capital city Baku, and at the other is the far eastern city of Kars in Turkey. Along the way is the Georgian capital city Tbilisi.

Besides cargo, the line is expected to carry people starting later this year. At its current capacity, the line can handle about one million passengers per year, but by 2022 that is expected to increase threefold. Azerbaijan Railways plans to kick off commercial passenger service along the route sometime by the end of this year.

Eighteen of the 30 wagons manufactured by Stadler for the Baku-Tbilisi-Kars railway are second class sleeper cars each equipped with 32 seats in four-seat coupes. Another three carriages are premium business class with 16 berths in two-seat coupes. Additional coaches are for mixed use, including first and second class services, as well as special compartments for the disabled. The order also includes three wagon restaurants, designed to seat 28 people at a time.

The wagons will be connected in batches of 10 to form a single train, each able to accommodate a total of 257 passengers. The air-conditioned railcars will have controlled emission toilets and emergency generators that are designed with a 24-hour, non-stop power supply.

A test run of the carriages produced thus far was carried out in Germany in December 2018. Trains reached 177 kilometers (110 miles) per hour on a route between Donauvörth and Treuchtlingen stations in Bavaria.