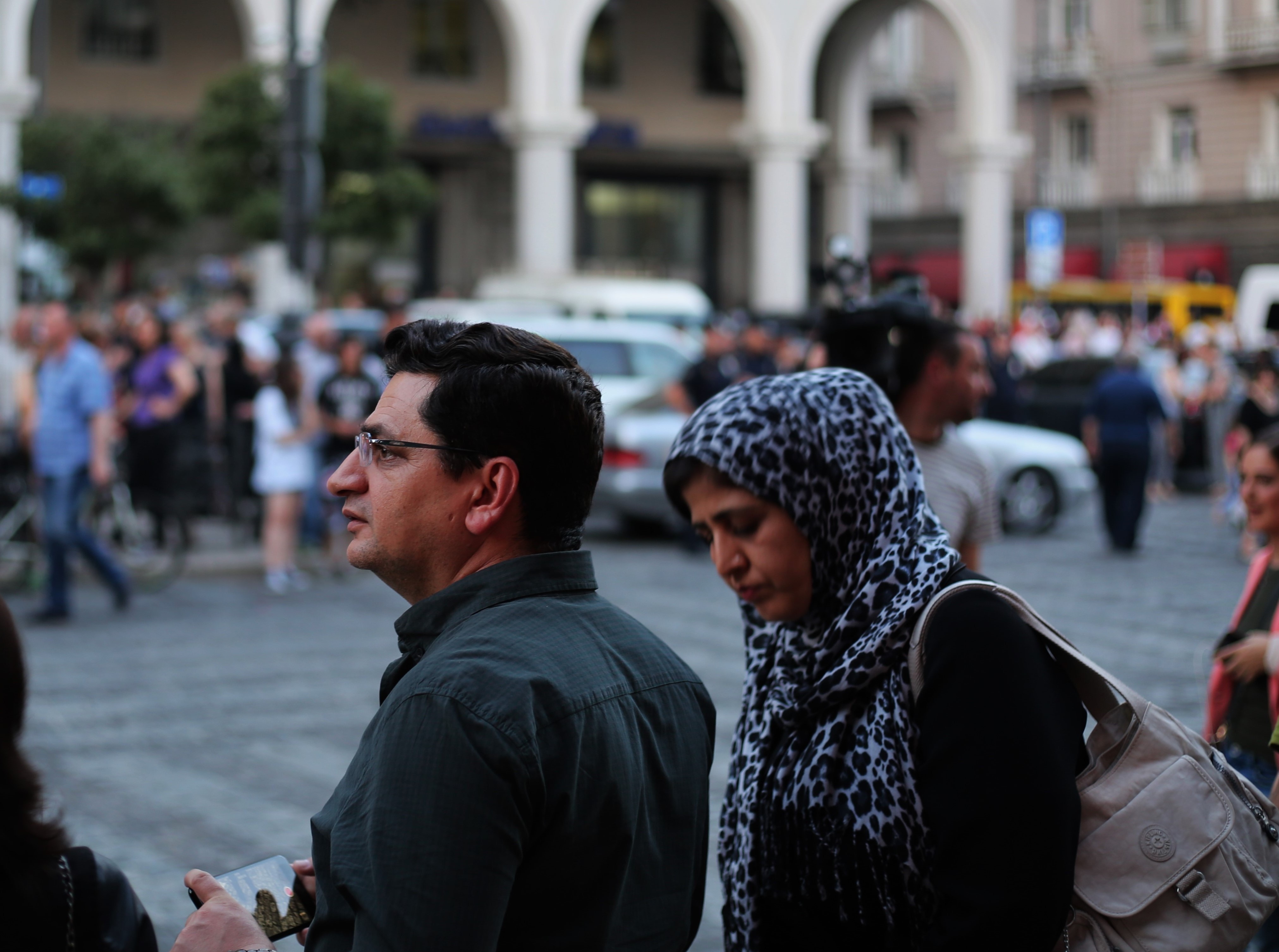 In February 2020, Georgia temporarily closed its borders to Iranian nationals, but that restrictions remain even for Iranian transit lorries. / Eurasianet.Org

“The issue is being seriously followed up by the Islamic Republic of Iran’s Embassy in Tbilisi and also through Georgia’s Embassy in Tehran,” the Iranian foreign ministry’s website quoted Khatibzadeh as saying on September 22.

He added that “it is natural that, such behaviors are not acceptable at all, and the Georgian authorities are expected to resolve these problems as soon as possible.”

According to the media reports, the Georgian border patrol agents have recently prevented Iranians living in Georgia from entering the country. Georgian border guards reportedly did not even let those who had valid documents and vaccination certificates. An article by Iranian Sharg newspaper published on September 20 reads that Iranians with German passports and fully vaccinated with the Pfizer vaccine were turned back from the Georgian border.

Georgia’s Foreign Ministry announced on July 5 that nationals of any country arriving via air could enter the country if they are fully vaccinated against COVID-19 or have received one dose after having recovered from the virus during the previous 100 days before their visit. At the same time, those arriving via land or sea must provide a negative PCR test done 72 hours before arrival.

On August 26, Iran’s embassy in Tbilisi said in a statement that it had asked the Georgian authorities to clarify the regulations after Iranians with Georgian residency permits were denied entry into the country.

Iran and Georgia reached a visa waiver agreement in 2010, which considerably increased the number of Iranian tourists and investors traveling to Georgia. Following the change in the Georgian government in 2012, Tbilisi suspended the no-visa regime for Iranian nationals in 2013 but re-introduced it three years later, in 2016. In February 2020, Georgia temporarily closed its borders to Iranian nationals, but that restrictions remain even for Iranian transit lorries.