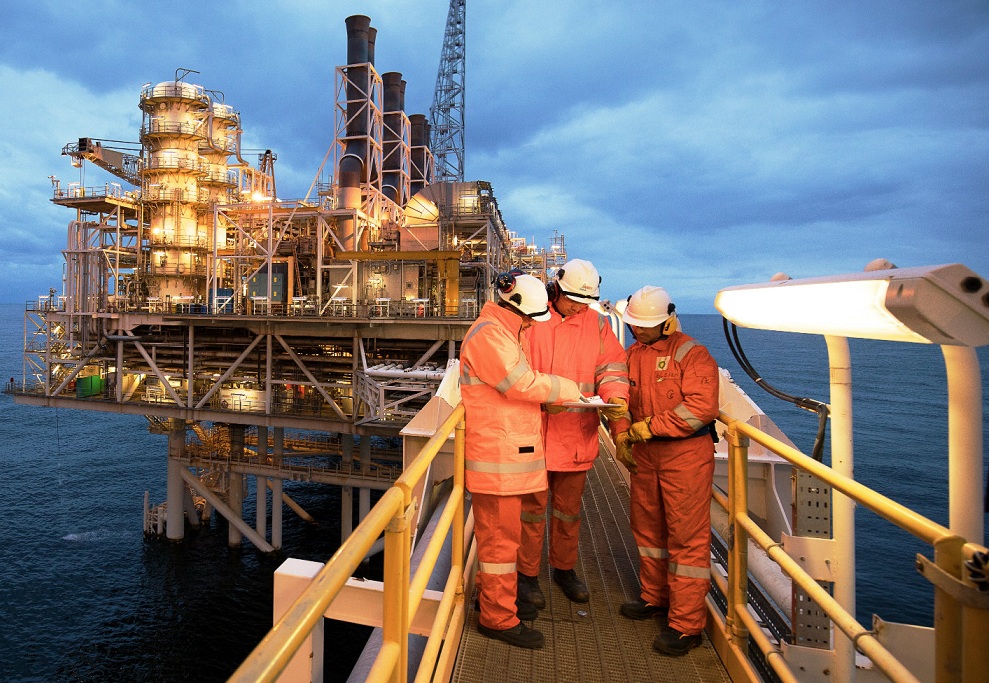 The two-phase Shah Deniz offshore gas and condensate field of Azerbaijan contains estimated reserves of 1.2 trillion cubic meters of natural gas and 2.2 billion barrels of condensate, according to BP / BP

The Southern Gas Corridor mega-pipeline that will deliver Caspian gas to Europe and Turkey, may come online early and be operational by the middle of this year.

On Thursday, BP’s regional president for Azerbaijan, Turkey and Georgia, Gary Jones, said the development of the second phase of Azerbaijan’s Shah Deniz gas field – currently the only supplier for the corridor – and the expansion of the South Caucasus pipeline – one of three segments within it – are almost complete.

"These two projects and work on the Trans Anatolian pipeline (TANAP) make it possible to plan the delivery of the first gas in mid-2018," Jones said in a meeting with Azerbaijan’s Energy Minister Parviz Shahbazov in Baku, according to Trend news agency.

The Shah Deniz gas field and the Southern Gas Corridor (SGC) is one of the world’s largest energy projects, with an estimated cost of $46 billion. The pipeline will deliver natural gas through three segments that total 3,500 kilometers (2,175 miles) in length and cut through five countries before ending in southern Italy and connecting to Europe’s power grid.

The South Caucasus Pipeline segment begins in Azerbaijan and cuts through the country before entering Georgia and ending in eastern Turkey. There, TANAP picks up and carries gas through Turkey while delivers some of it to the Turkish market, before transitioning into the Trans-Adriatic pipeline, which traverses Greece and Albania.

The two-phase Shah Deniz offshore gas and condensate field of Azerbaijan is the sole supplier of the natural gas through the SGC pipeline. Total estimated reserves of the field are 1.2 trillion cubic meters (tcm) of natural gas and 2.2 billion barrels of condensate, according to BP. The processing capacity of its first phase, or Shah Deniz 1, is 10 billion cubic meters per annum (bcma), while the second phase, known as Shah Deniz 2, will expand the overall production by 16 bcma. The development of Shah Deniz 2, in which BP has more than a 28 percent stake, is valued at $20.5 billion.

The 16 bcm of natural gas supplies of Shah Deniz 2 to the SGC route will be shared between Turkey and Europe with 6 bcm absorbed by Turkey via TANAP. Gas sales agreements with nine European buyers, signed in September 2013, allow the remaining 10 bcm to be sold to Europe. The amount is expected to provide energy to roughly 10 million households, starting in 2020. Nine companies from Great Britain, Germany, France, Spain, Italy, Bulgaria, Greece, and Switzerland will purchase Shah Deniz 2 gas.

The State Oil Company of the Azerbaijan Republic (SOCAR) announced last month that extraction from Shah Deniz 2 will kick off sometime this fall. Before Shah Deniz 2 comes online to pump its estimated 16 bcm of natural gas into the corridor, Shah Deniz 1, which has been in operation since 2006, will feed into the line, possibly by July. 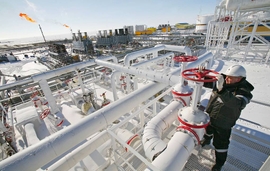