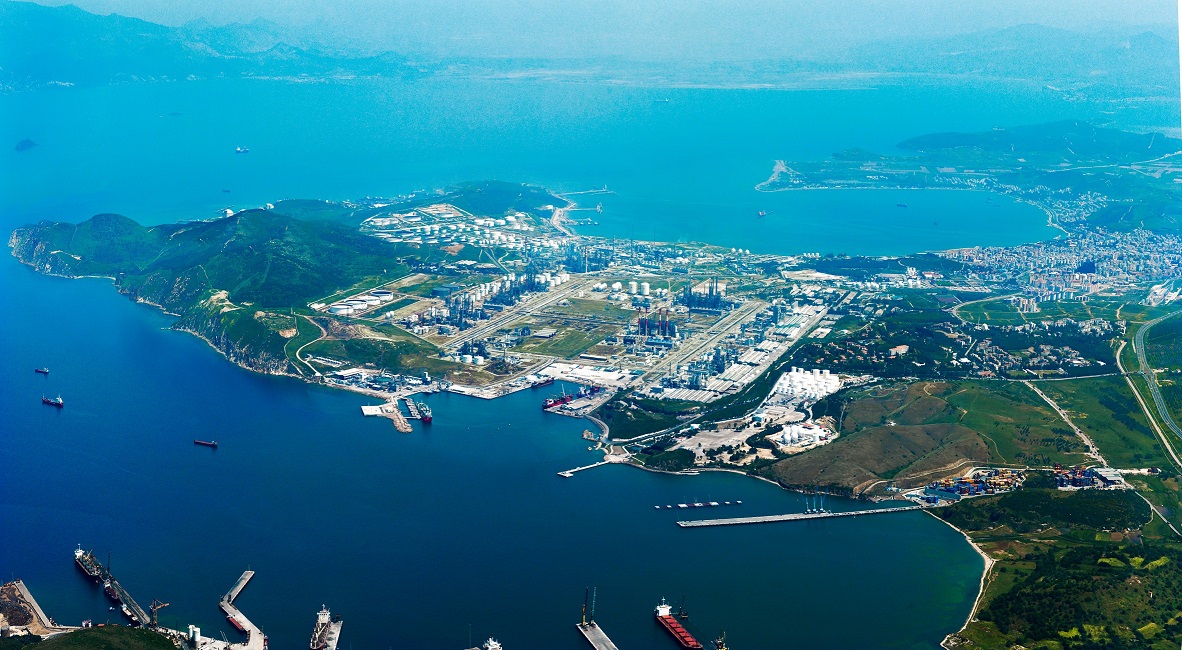 Petkim is the leading producer of petrochemicals in Turkey. SOCAR & Turcas Energy A.S. purchased 51 percent share of Petkim for $2.04 billion in 2008 / Petkim

SOCAR Turkey, a subsidiary of SOCAR that owns 51 percent share in Petkim, announced in a statement issued on February 8 that the delivery of naphtha – a flammable liquid made from distilling petroleum – to the site was the first sale of the product since the plant was launched. Naphtha is used to dilute heavy oil to help move it through pipelines, to make high-octane gas, to make lighter fluid and to clean metal.

“After the opening [of Star Refinery] on October 19, we started gradual production and delivered the first batch of naphtha we produced to Petkim,” Star Refinery General Manager Mesut Ilter said, according to SOCAR Turkey’s website. “The refinery, which is designed as an integrated facility, will have an annual production capacity of 1.6 million tons of naphtha. We gave Petkim 1,303 tons of naphtha in the first stage, but with our full capacity production, we will provide all of the naphtha, which is the raw material for Petkim.”

The first commercial batch of naphtha was pumped from Star Refinery to Petkim via a pipeline running between the two sites. Transportation costs for delivery are avoided thanks to the side-by-side location of the plants in Aliaga port, located in Turkey’s Mediterranean coastal province of Izmir.

The $6.3 billion Star Refinery complex is helping Turkey lessen its need for oil imports. With a processing capacity of around 10 million tons of crude oil per year, or 214,000 barrels per day, Turkey – which does not have many fossil fuel reserves – can become more self-reliant. The plant will allow for the production of five million tons of diesel, 1.6 million tons of jet fuel, and 1.6 million tons of naphtha annually. Azerbaijan’s energy giant SOCAR is the major supplier of raw materials for the plant, having a 60 percent stake in the venture. Azerbaijan’s Ministry of Economy holds the remaining 40 percent.

The 1.6 million tons of naphtha produced at Star Refinery will feed into the Petkim petrochemical plant. Petkim’s General Manager Anar Mammadov said there are high expectations for collaboration between Petkim and Star.

"Now we will be able to buy product of the same standard without paying the freight fee. This will provide a great synergy for the two companies,” Mammadov said according to Sabah. “We aim to increase our profitability, thanks to both product quality and logistic advantages, as well as common services and common infrastructure. In the shortest time, we will begin to meet all of our raw material needs from STAR Refinery.”

Star Refinery is the largest real estate investment by a foreign investor in Turkey over the last 30 years. The complex is one of the largest of its kind in Europe, the Middle East and North Africa. Star will ultimately supply 25 percent of Turkey’s overall import of oil products and generate between $6–8 billion in annual trade, while helping Ankara save $1.5 billion annually in oil imports.