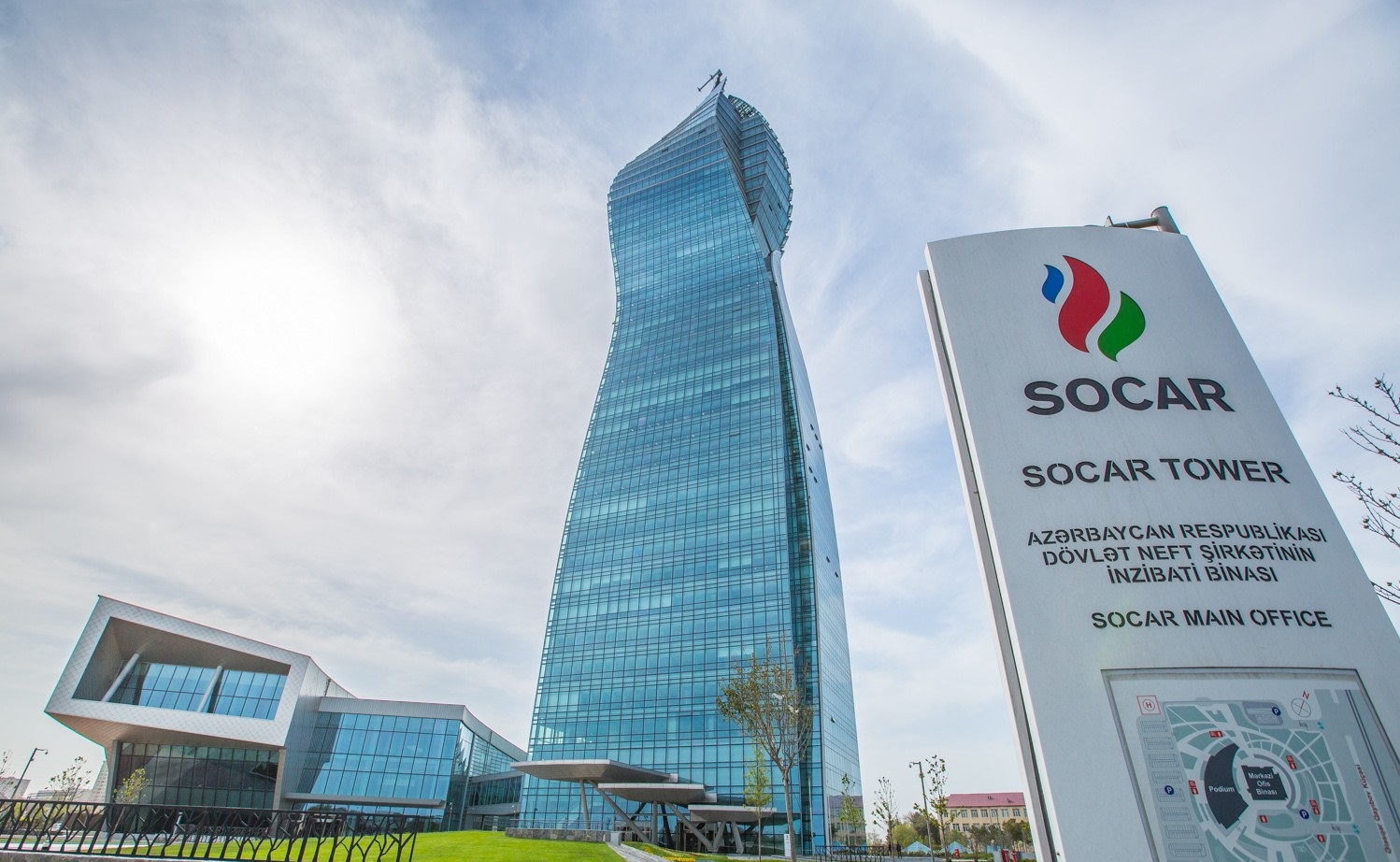 SOCAR Tower, the main office building of the State Oil Company of the Azerbaijan Republic (SOCAR) in capital Baku / Courtesy

Rafiga Huseynzade, SOCAR vice president for ecology, said net-zero carbon emissions were among the top targets of the company for 2022 as part of the long-term carbon neutrality goals set for the next three decades by 2050.

“We have been working on that from 2010 within the framework of the World Bank's Global Gas Flaring Reduction (GGFR),” she told Reuters. “In 2022, we will reach carbon neutrality.”

According to Huseynzade, the plans for the reduction of emissions address only the process of extraction of hydrocarbons, while some emissions in operations not directly related to output will still be generated.

SOCAR managed to reduce carbon emissions at its oil and gas fields from 9-10 percent to 2 percent over the last decade since 2012. Closure of mature fields and upgrade of infrastructure and equipment contributed largely to the decline in carbon emissions. Huseynzade said such measures allowed to capture 300,000-600,000 cubic meters of natural gas, which had been effectively flared before for 20 years.

SOCAR currently conducts extraction operations at 15 offshore and onshore oil and gas fields. Ten percent of the stakes at the Shah Deniz gas field that supplies the Southern Gas Corridor (SGC) pipeline belong to SOCAR, while the rest is shared by six overseas companies such as BP and Total. SGC is the first and for now, the only pipeline that carries natural gas from Azerbaijan’s reserves at the Caspian Sea directly to the European markets.

SOCAR adopted its environmental policy guidelines in 2008 based on the “zero impact” concept that implies a maximum reduction of harmful wastes to the environment. The company has later prepared a proposal for a project National Action Plan for Minimization of Carbon Emissions in Fuel Consumption Sector of Azerbaijan as part of its cooperation with the UN Development Program (UNDP), and submitted it to Global Environment Fund.

The three-phase project that was developed over 2013 and 2014 approved by Global Environment Fund and attracted $3,57 million in grants. SOCAR has been implementing these projects for reaching carbon neutrality: Green Buildings Program aimed at modernization of company facilities in the light of energy consumption; Sustainable Transportation which calls for application of new fuel technology for the company’s transport economy, and a project designed to capture associated gas and its delivery to the final consumer.

In 2014, SOCAR has voluntarily joined “Zero Routine Flaring by 2030 Initiative” launched by the GGFR organization of World Bank, which brings together governments, oil and gas companies, and development institutions from around the world to eliminate routine flaring. It calls for developing new projects in line with the zero flaring principle and reaching the ultimate zero carbon emission goal by 2030.

Vitaly Baylarbayov, SOCAR vice-president for marketing and investments, said the company has been actively exerting decarbonization efforts and teamed up with BP to stop flaring gas on all facilities, except for the emergencies. All offshore operations of SOCAR are regulated under a zero-discharge policy, according to him.

According to “Net Zero by 2050: a Roadmap for the Global Energy Sector” energy roadmap developed by the International Energy Agency (IEA), global net-zero emission efforts could lead to a completely different world by 2050, where global energy demand is around 8 percent smaller, the population is 2 billion more, and the economy is more than twice as big as today. Renewable sources generate almost 90 percent of electricity, with wind and solar energy sharing almost 70 percent, and most of the remainder coming from nuclear power.