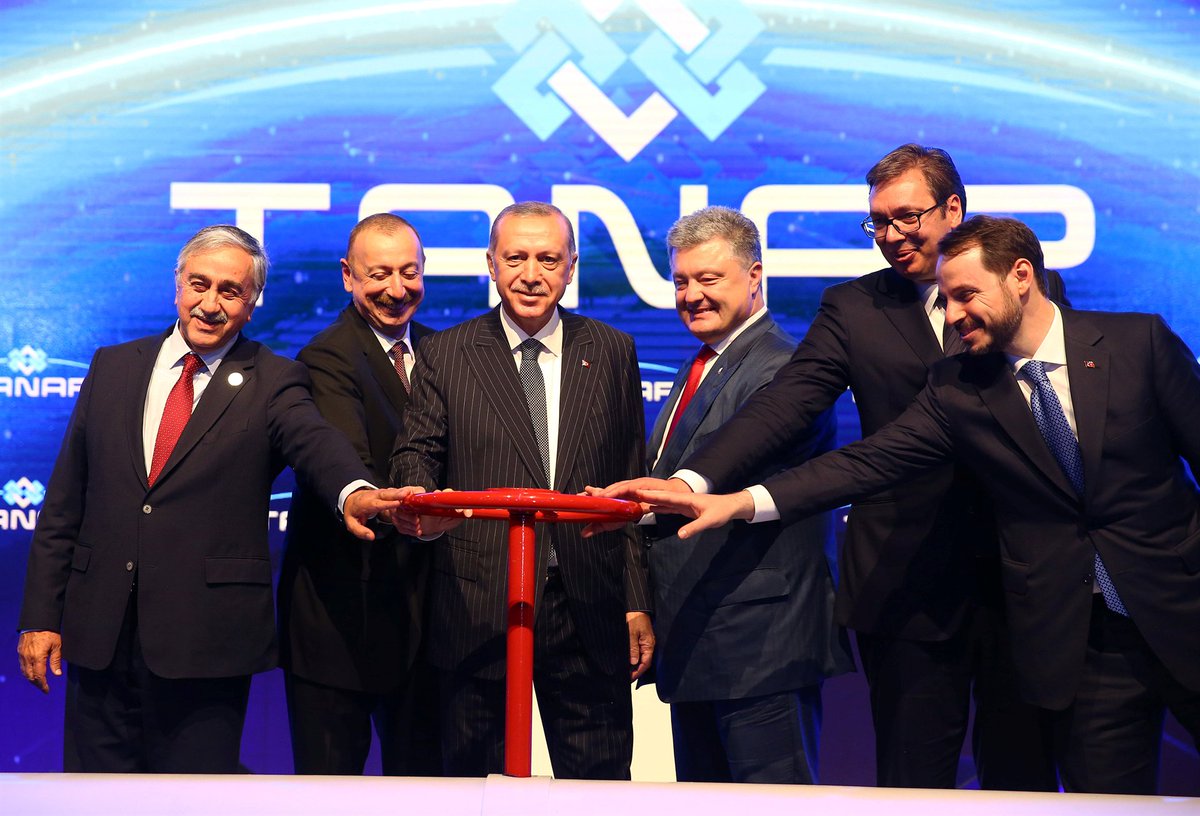 Speculations about the Southern Gas Corridor rivaling Russian gas projects intended for the European market were denounced by one of Azerbaijan’s top energy officials in a recent interview with Russia’s RIA Novosti in Washington, D.C. on Tuesday.

"The markets in which we work or want to work – they already have Gazprom," said Vitaly Baylarbayov, the Deputy Vice President of the State Oil Company of Azerbaijan (SOCAR).

When the South Caucasus Pipeline – one of three segments in the corridor, which will deliver natural gas beneath the Caspian Sea to Europe – was opened in Baku in May, Russian news outlets began to speculate what affects the corridor will have on Russia’s hegemony of the European gas market.

The corridor – once it goes fully online by 2020 – will pump 10 billion cubic meters (bcm) of natural gas per year from Azerbaijan’s offshore Shah Deniz gas field to southern Italy, thanks to 3,500 kilometers of pipeline that cuts through four other countries. The three segments that make up the corridor are the South Caucasus Pipeline, which cuts through Azerbaijan and Georgia; the Trans-Anatolian Pipeline, which runs from east to west through Turkey and is already receiving six bcm of gas for Turkish consumption per year; and the Trans-Adriatic Pipeline, which cuts through Greece and Albania before dipping beneath the Adriatic Sea and plugging into Italy’s energy grid.

In his interview, Baylarbayov said that at some point in the future officials hope to see 25 to 30 bcm per year make their way through the corridor.

At the moment Azerbaijan’s stock is the only feed into the project, but there is potential that Kazakhstan and Turkmenistan – two other Caspian region countries, located on the eastern side of the Caspian Sea – could export their gas as well.

Europe and Turkey are respectively the first and second largest markets for Gazprom’s exports, and one third of Europe’s overall gas supplies come from Russia. In 2017, Gazprom pumped a total of 194.4 billion bcm of gas to European countries, according to company data.

“There is no competition [between SOCAR/the corridor, and Gazprom],” Baylarbayov said. “We have our gas sold. Buyers bought it. Prices determined. Gazprom has its own niche, we have our own.”

Gazprom is currently constructing the TurkStream pipeline, which would carry gas from southwestern Russia to northwestern Turkey via two parallel predominantly underwater sets of pipes that traverse the Black Sea. One line is designed to carry gas to Turkish consumers, while the second is to carry gas to southern and southeastern Europe. If built, TurkStream will have the throughput capacity of 15.75 bcm for each line, or 31.5 bcm in total.

Gazprom completed laying pipes for the first line, or string, of the pipeline in April, consisting of 62 percent of the projects 1,161 kilometer planned length. The laying of the second string began in July.

“SOCAR very closely follows and in many ways even repeats what Gazprom does. And the opportunities we have are severely limited [as compared to Gazprom’s]," Baylarbayov said, referring to TurkStream.