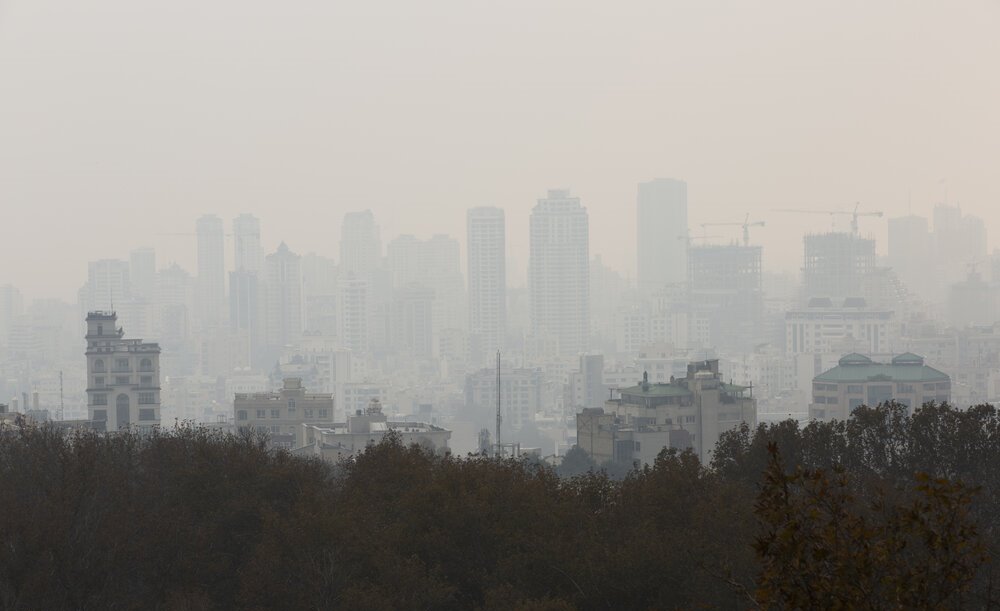 The air quality index for the capital city of Tehran has reached 139 which is considered unhealthy for the sensitive groups. The pollution has forced school shutdowns in most large cities of Iran beginning from December 21, 2019. / Shahab Ghayoumi / MEHR News Agency

Over 8,000 people visited hospital emergency rooms across Iran with heart and respiratory-related complaints due to air pollution.

“Due to air pollution and increased particulate matter in the provinces of Tehran, Isfahan, Markazi, Alborz, East Azerbaijan, West Azerbaijan, Qazvin and Qom, 8,296 people visited pre-hospital emergency services across the country, 5,018 of them were heart related and 3,278 respiratory related complaints,” the spokesman of Iran’s Emergency Services Organization Mojtaba Khaledi said on Monday, according to Jam-e Jam news.

The pollution has forced school shutdowns in most large cities.

According to the World Bank, most of the pollution in Tehran is caused by heavy-duty vehicles, motorbikes, refineries and power plants. Smog is mostly caused by heavy traffic as well as factory pollution, and has been worsened by a lack of wind and rain, Tehran’s provincial governor Anoushirvan Bandpay said.

Bandpay said cars are responsible for 60 percent of air pollution in Tehran, with diesel trucks playing a major role. Factories account for 18 percent, while electricity-generating plants are responsible for 12 percent. However local authorities have rejected claims about low-quality gasoline, saying it conforms to Euro 5 emissions standards.

The Tehran municipality disclosed that a major source of air pollution in the city of nine million has been the usage of nonstandard mazut – a low-quality fuel oil used in power plants, which contains high-density sulfur – at industrial complexes located in the nearby town of Shahr-e Rey.

Meanwhile, environmental officials in Shahr-e Rey claim that using mazut in the city's cement plant has been banned.

Mazut is a byproduct of distilled crude petroleum. While the refined oil is exported as kerosene or petroleum, the heavier refuse – mazut – gets used as fuel. Since Iran's refineries are old and deprived of new technologies due to sanctions, 24 percent of crude oil has turned into mazut, which compared with gasoline and diesel has a very low value.

The level of sulfur density in mazut produced in Iran is nearly 3.5 percent, which is seven times more than the international standard for ships, which use mazut. The use of the fuel has been strictly banned in Iran’s urban areas, specifically in cities like Tehran, which are struggling with air pollution.

Industrial plants’ use of mazut may be out of desperation. Iranian authorities have confirmed that the flow of natural gas to industrial plants during the cold seasons has been stopped. But at the same time, officials have boasted that Iran is fully self-sufficient in its usage of natural gas – a much cleaner-burning fuel that does not produce a fraction of the pollution of other fossil fuels like mazut.