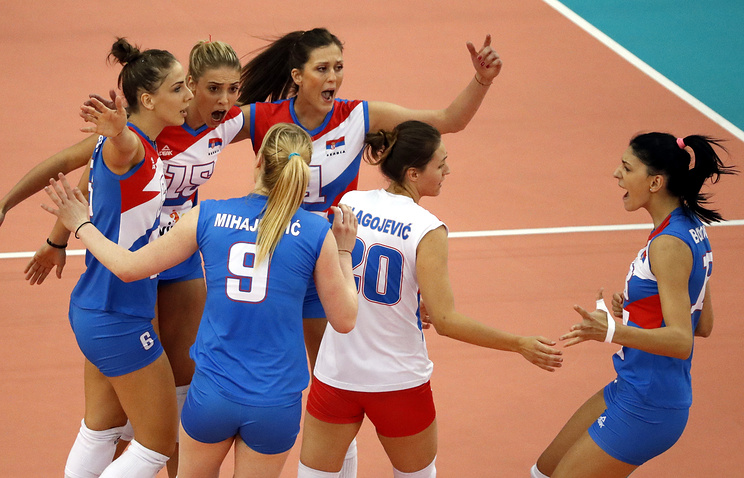 The 2017 Women’s European Volleyball Championship wrapped up in Baku on Sunday, when the Serbian team came in first place and defeated the Dutch team by 3-0.

“I think that we won deservedly. The girls showed that they have courage, character. The final match against the Dutch team was not easy, because some of our players have been ill, while others got injured,” said the head of the Serbian Volleyball Federation Zoran Gaić on Sunday, according to reports by AzeriSport.com.

The 2017 championship was the first of its kind to be held in Azerbaijan, a country located on the western coast of the Caspian Sea. Neighboring Georgia also played host to a series of games within the twelve-day tournament, organized by Europe’s governing volleyball body, the Confédération Européenne de Volleyball (CEV).

Now in its 30th edition, the women’s championship was held from September 22 through October 1. It included 36 matches and brought together 16 teams, including those from Russia, Germany, Italy, Turkey, Poland, Czech Republic, Croatia, Georgia and Azerbaijan.

“Of course, first of all you regret that you could not win a medal. But there are important competitions ahead and I am sure there will be more victories. The main thing is that you performed worthily,” President Aliyev said on Tuesday while meeting with the national team.

Azerbaijan’s Valeriya Mammadova was awarded the title of the best libero, or defensive, volleyball player. With the highest score of 151 points her teammate Polina Ragimova was considered the best amongst the hitters and attackers.

Azerbaijani women’s team has already qualified for the next European Volleyball Championship, which will be held in 2019 in the Czech Republic, Hungary, Poland and Turkey.