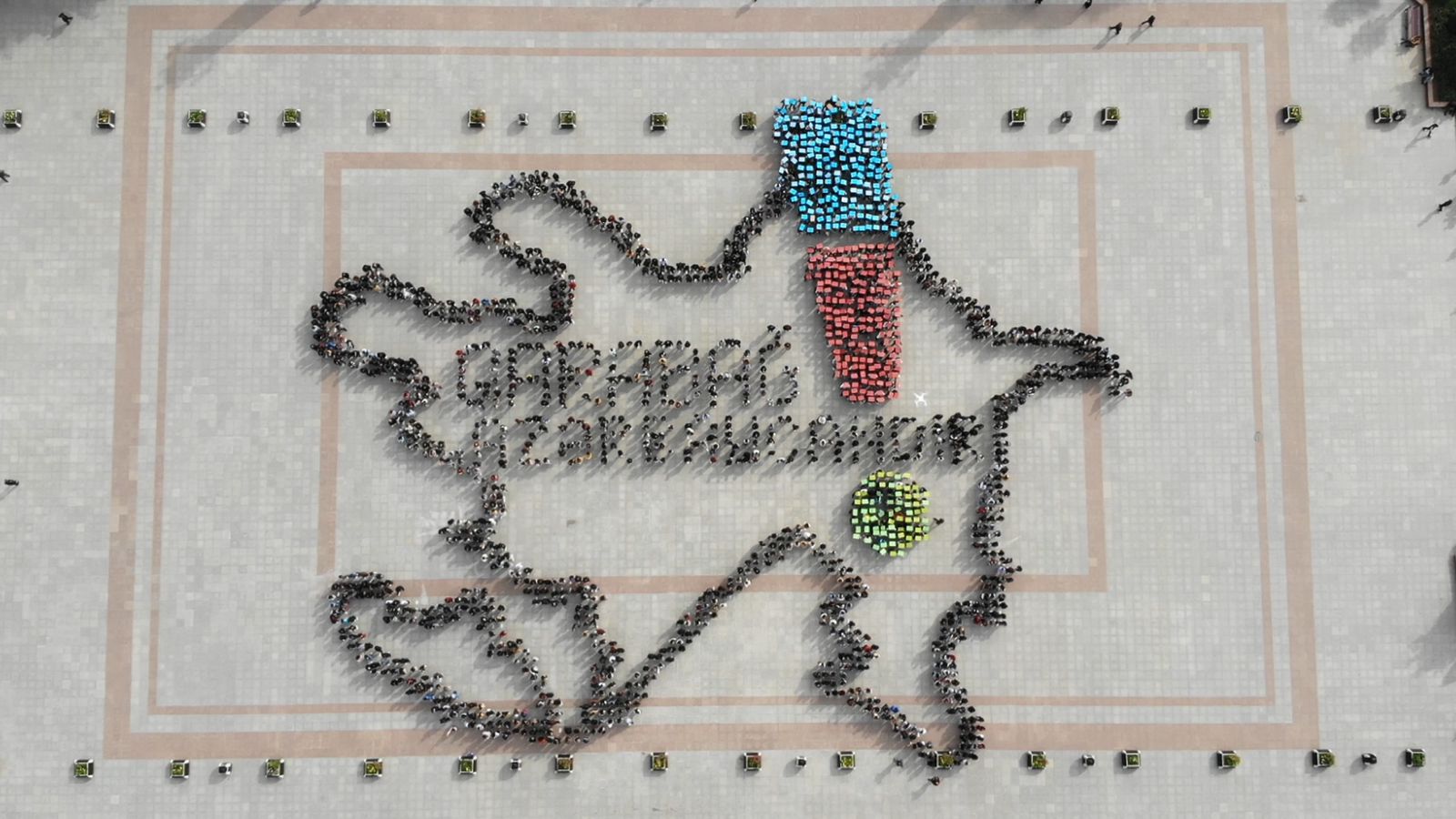 "Karabakh is Azerbaijan!" flashmob in the Ganja city of Azerbaijan dedicated to the anniversary of the country's victory in the Second Karabakh War, October 14, 2021 / New Azerbaijan Party

Members of the Armenian parliament, joined by the country’s former president, have whipped up separatist sentiment against Azerbaijan in a mass anti-government gathering in Armenia’s capital city of Yerevan on Tuesday.

Organizers of the rally — the parliamentary factions "Hayastan" and "I have the honor" — urged Armenians to unite in the “protection” of the so-called “Artsakh,” the internationally-recognized Karabakh (Garabagh) region of Azerbaijan where a partial Armenian population lives.

Opposition supporters blame the Armenian government for alleged territorial concessions and demand the recognition of Azerbaijan's territories partially populated by ethnic Armenians as an “independent state”.

Armenia's authorities have changed the name of the Karabakh region and adjacent territories with self-designed names and deployed separatists there in order to bolster their illegal claim to the region.

On September 27, 2020, the Armenia-Azerbaijan conflict took a violent turn when Armenian forces deployed in occupied Azerbaijani lands shelled military positions and civilian settlements of Azerbaijan. During counter-attack operations that lasted 44 days, Azerbaijani forces liberated over 300 settlements, including the cities of Jabrayil, Fuzuli, Zangilan, Gubadli, and Shusha, from a nearly 30-year-long illegal Armenian occupation. The war ended with the signing of a tripartite statement by Armenia, Azerbaijan, and Russia on November 10, 2020. Under the agreement, Armenia also returned the occupied Aghdam, Kalbajar, and Lachin districts to Azerbaijan.

New realities have surfaced in the South Caucasus region following Azerbaijan’s victory in the Second Karabakh War. Authorities of Azerbaijan have been calling on Armenian government to start working on post-conflict regional issues, including negotiations on a peace treaty and the unblocking of communications.

The Armenian parliamentarians who organized the protest in Yerevan on April 5 are pressuring their government to not accept the principles introduced by Azerbaijan. They have expressed opposition to the signing of any interstate agreements and any process of delimitation and demarcation with Baku.

On his part, Baku-based political analyst Jeyhun Ahmadli said that such a protest rally taking place shortly before the meeting of the Armenian and Azerbaijani leaders in Brussels shows how revanchist circles in Armenia are trying to dissuade Prime Minister Pashinyan from signing a possible peace treaty with Azerbaijan.

“The [peace treaty] conditions proposed by Azerbaijan are already known to the Armenian public. The key point for revanchists is that if a peace process starts, they will become political corpses,” Ahmadli was quoted as saying by Trend.