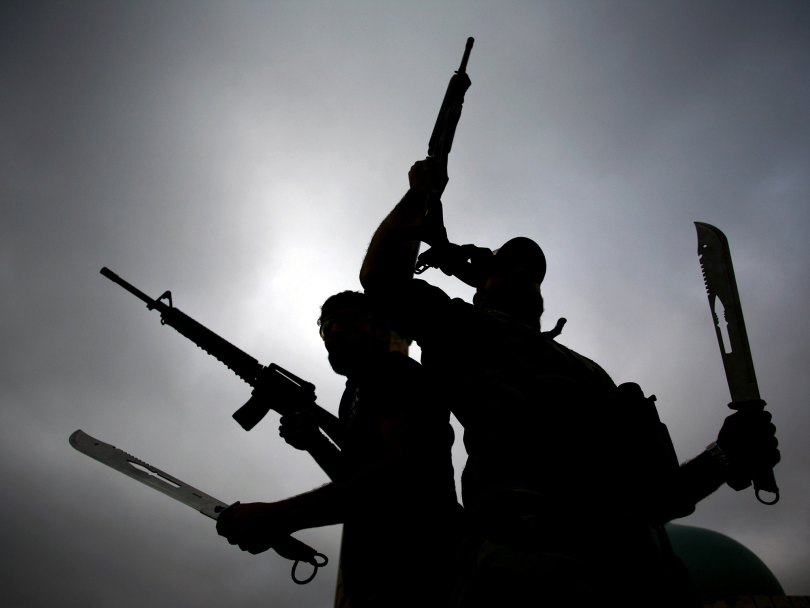 Bakhytbek Rakhymberdiev, who leads the Department of National Security Committee, believes that the main tool of recruiters is a distorted religious ideology.

At least six people were detained during the raid that took place on January 10. The authorities later announced the detainees, who were temporarily residing in the southeastern corner of Kazakhstan, are from Central Asia.

“As a part of a raid on their temporary residence, we found and seized components to manufacture improvised high-powered explosive devices, as well as firearms and ammunition,” read a statement posted to the committee’s website on Monday.

Officials say the use of explosive devices and the armed attack was planned for gathering places in Almaty. The detainees are said to have taken orders from official guidance provided to them from the Salafi jihadist militant group ISIS, also known as “Islamic State", or Daesh.

Kazakhstan’s national security committee has confirmed that an investigation is underway, but no further details have been provided.

The latest incident comes after U.S. President Donald Trump announced late 2018 the United States “have defeated ISIS in Syria.” ISIS has lost about 98 percent of the territory it held in 2014 and 2015, but some believe that the problem has not completely disappeared – it just moved to other parts of the world.

“So, while ISIS might be defeated in the region, this has inadvertently created incentives for ISIS to flex its muscles in other parts of the world,” Bloom, a professor at Georgia State University, said according to reports by Public Radio International. “And at the same time, about 6,000 or 7,000 of those ISIS fighters that were in Syria have moved to other places in the region. So it just shifted the focus of potential problems.”

Located in the Caspian Sea region, Kazakhstan is considered the biggest and wealthiest country in Central Asia. It borders Turkmenistan, Uzbekistan and Kyrgyzstan to its south; Russia to its north; and China to the east. While there is a major concern with regards to rogue groups operating in Afghanistan, which borders Tajikistan and Uzbekistan, there is an internal threat in Kazakhstan, too.

With a population of slightly more than 18 million, Kazakhstan is home to about 15,000 adherents of Salafism, an ultra-conservative movement that developed in Saudi Arabia in the first half of the 18th century.  According to Kazakhstan’s national security committee, the recruitment of Kazakhstani citizens happens mostly through social networks. While abroad, specially trained militants find young people and start broadcasting propaganda.

Bakhytbek Rakhymberdiev, who leads the Department of National Security Committee, believes that the main tool of recruiters is a distorted religious ideology.

“There are social networks that bring together the faithful and are used as the placement of such propaganda materials. Of course, 99 percent of the faithful do not react to them, they understand that this is not true, but there are young people who do believe them because of their lack of life experience and poor religious knowledge,” Rakhymberdiev told Sputnik on January 10.

Earlier this week a resident of the city of Balkhash was sentenced to three years in prison for promoting a religious organization banned in Kazakhstan. The 28-year-old man organized meetings in a rented apartment to promote the ideas of the Tablighi Jamaat – a missionary movement, which is banned by several countries, including Kazakhstan.

The defendant pleaded guilty and concluded a procedural agreement with the prosecutor. After his release, he is prohibited from engaging in religious activities for five years.