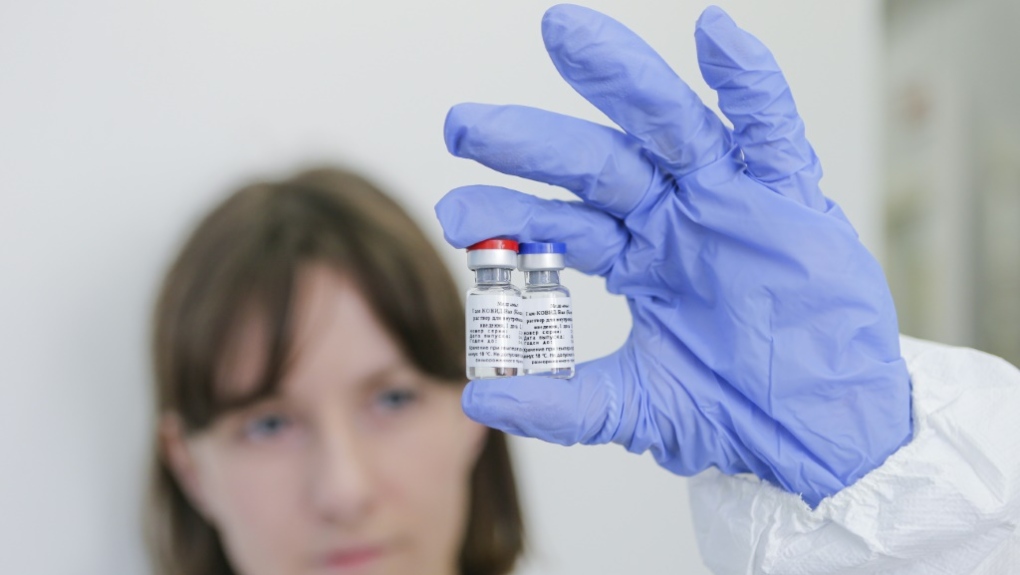 In an interview with Business FM, Logunov said that the peak of the immune response to the COVID-19 vaccine in each person is triggered by the age and individual characteristics of the body. / AFP

While Russia has already begun inoculating volunteers as part of a third phase of trials of the country's "Sputnik V", Denis Logunov, the deputy research director at the Gamaleya Center who is leading the group developing Russia's first coronavirus vaccine, shares his take on what to expect from the COVID-19 vaccine.

In an interview with Business FM, Logunov said that the peak of the immune response to the COVID-19 vaccine in each person is triggered by the age and individual characteristics of the body. According to him, findings of Phase 1 and 2 trials of "Sputnik V" showed an immune response in 100 percent of participants.

"Someone reaches very good titers even on the 21st day after the first vaccination," RIA Novosti quoted Logunov as saying on Friday. "We have 100 percent of the volunteers responding to vaccinations based on the results of the first and second phases. For some, the immune response starts markedly after the 28th day, the peak can come on the 31st or 42nd day."

Researchers from Moscow’s Gamaleya Research Institute of Epidemiology and Microbiology have posted early-stage trial results from two phase 1/2 trials of their COVID-19 vaccine, showing it was safe and induced the production of antibodies in every participant. According to the results published in The Lancet - one of the world’s oldest medical journals - on September 4, the trials of the two-shot vaccine, which were conducted between June and July, produced antibodies in all 76 participants and was well-tolerated.

The participants, aged between 18 and 60, were monitored for 42 days and all of them developed antibodies within three weeks. Logunov explained that the 42nd day after vaccination is considered the peak of the immune response as all the volunteers who participated in the drug trials developed antibodies by that time.

At the same time, early results from trials of Russia’s potential coronavirus vaccine show no major negative side effects. "Sputnik V" influence on the well-being of patients is similar to those from childhood vaccinations or influenza vaccinations, Logunov said.

"Most often, there is temperature, pain at the injection site, headache and some rare manifestations of delayed-type hypersensitivity - it happened with one volunteer," Logunov said, adding that adverse reactions to the vaccine may differ.

Citing the example of his own personal case, he stressed that he experienced no temperature after being dosed with the "Sputnik V" vaccine.

"I am quite a large person, and I am already over 40. Usually, according to our experience, those with a fairly high body mass index, age over 40 and male experience fewer side effects," he said.

The Russian vaccine is currently undergoing Phase 3 advanced trials on 40,000 volunteers in 45 medical centers across Russia with first results anticipated in October-November 2020.

Last month, the Ministry of Health of Russia registered a coronavirus vaccine, which was dubbed "Sputnik V" after the Soviet-era satellite that was the first launched into space in 1957, becoming the world’s first registered vaccine against COVID-19. The news was met with a range of questions from skeptics from some western countries and scientists, mainly because the vaccine had received approval before full clinical trials have been completed.

First identified in China, the novel coronavirus, or COVID-19, has infected more than 28.7 million people and killed more than 920,400 worldwide, according to data compiled by Johns Hopkins University. However, because the virus does not present symptoms in some people, the true number of cases is likely to be significantly higher.

After cases of human-to-human transmissions were confirmed outside of China, the World Health Organization (WHO) declared the coronavirus outbreak an international public health emergency, but due to a sharp surge in cases, it was soon forced to issue a new statement declaring the outbreak a pandemic.

Russia currently has the fourth-highest number of confirmed infections worldwide, however, the country's mortality rate is much lower than in other countries. Nearly 18,600 people have died from the virus since the beginning of the country's outbreak, while more than 876,000 patients have recovered.