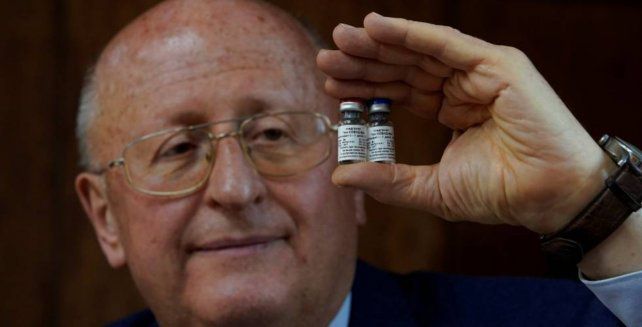 In an interview with Russia 24 news channel, Ginzburg claimed that AZD1222, developed by AstraZeneca and Oxford University in combination with Sputnik V, developed by Russian Gamaleya Research institute, will ensure immunity for two years.

Shortly after British pharmaceutical giant AstraZeneca unveiled its plans to test a combination of its experimental Covid-19 vaccine with Russia's first coronavirus vaccine Sputnik V to explore whether this could boost the efficacy of the British drugmaker's vaccine, Alexander Ginzburg, head of the Gamaleya Research Institute shares his take on what to expect from the research.

In an interview with Russia 24 news channel, Ginzburg claimed that AZD1222, developed by AstraZeneca and Oxford University in combination with Sputnik V, developed by Russian Gamaleya Research institute, will ensure immunity for two years.

"As a result of using such a two-component hybrid vaccine, memory cells will be much better formed, and the vaccine will obviously, accordingly, protect the vaccinated not for 3-4 months, but at least for two years," RIA Novosti quoted Gintsburg as saying on Monday during the interview, adding that additional work will be required to prove this experimentally.

Earlier, Russia's Gamaleya center invited researchers from the University of Oxford to add a component of its vaccine to an only component of AstraZeneca's, as the study had shown insignificant improvement in immunity after using the first component for a second time. So, the Russian Direct Investment Fund and AstraZeneca have agreed that clinical trials can be held which would use the component developed at Oxford as the first shot and the component forming part of the Sputnik V vaccine as the second one, Ginzburg reportedly said last week.

Russia was the world's first country to register a coronavirus vaccine in August. Russia's first vaccine, named Sputnik-V, bears the same name as the world's first satellite launched in 1957 by the Soviet Union during the space race, signifying the country's success in being the first nation to have an approved vaccine.

Sputnik-V currently ranks among top-10 candidate vaccines finalizing clinical trials and the start of mass production on the World Health Organization’s (WHO) list. While the vaccine is yet to complete its third and final phase of testing involving some 40,000 volunteers, the Sputnik V vaccine’s efficacy is confirmed at 91.4% based on data analysis of the final control point of clinical trials. The Sputnik V vaccine efficacy against severe cases of coronavirus is 100%.

Meanwhile, AZD1222 co-invented by Oxford University and AstraZeneca, a British-Swedish multinational pharmaceutical and biopharmaceutical company showed 62% efficacy in preventing Covid-19 disease in participants given two full shots of the vaccine, according to the latest results.

Both vaccines are based on the adenovirus that causes the common cold, but while AstraZeneca’s shot contains genetic material from the virus that infects chimpanzees, Sputnik V uses two strains of human adenovirus to trigger an immune response.

The deadly virus, which was first identified in Wuhan, the capital of China’s Hubei province, in December, has exponentially spread around the globe. The number of global coronavirus cases continues to rise, with more than 83 million confirmed cases and over 1,8 million deaths recorded in more than 200 countries and territories.

Although Russia has the fourth-highest number of confirmed infections worldwide, the country's mortality rate is much lower than in other countries. According to official government data, more than 3.1 million Covid-19 cases have been recorded in Russia since the beginning of the country's outbreak and 56,426 people have died from the virus.