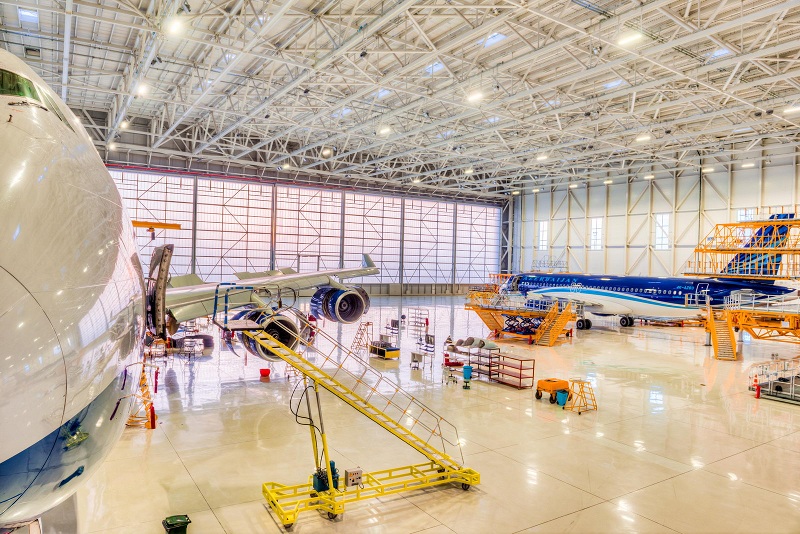 C-Check maintenance examination of the Boeing Dreamliner 787 aircrafts of AZAL has been carried out at the 26,000 square meters (279,862 square feet) hangar of the Silk Way Technics Company / Swt.Az

Roundtrip flights from New York to Baku are becoming much safer, as the internationally-recognized C-check aircraft maintenance procedure for the Boeing Dreamliner 787-8 airplane is being applied by Azerbaijan Airlines (AZAL).

AZAL is reportedly the first airline within the Commonwealth of Independent States (CIS) territory, which includes also Russia, Kazakhstan, and Turkmenistan, to use the C-check procedure on its Boeing 787-8 Dreamliner jets.

All commercial and civil aircraft are required to undergo periodic maintenance checks following their maiden voyage in the skies after a certain timeframe. C-check is one of the two most thorough aircraft maintenance checks to ensure aircraft meet international airworthiness standards. C and D checks, which are considered full inspections and higher than A and B checks, examine everything from thousands of tiny bolts to just a few roaring engines. Checks are optionally carried out either at the hangar of an airline or at the facilities of a technical company depending on the level of maintenance, repair or overhaul.

AZAL uses the Dreamliner for all of its flights to and from New York. Silk Way Technics Company has, for the first time, applied C-check to AZAL’s Dreamliner aircraft, which took 1,853 man-hours to complete, according to a press release issued by the company on December 20.

Aircraft are required to go in for a C-check after approximately 20 to 24 months of usage or after a designated number of flight hours, based on manufacturer guidelines. C-check can take anywhere from one to two weeks of full-time work and require up to 6,000 man hours.

AZAL is the state-run flag carrier of Azerbaijan, owning one of the newest and most modern fleet of airplanes in the Caspian region and throughout the world. AZAL’s aircraft suppliers include Airbus, Embraer and Boeing. It was the first country from the CIS to purchase the Dreamliner 787-8, in 2014. The company currently has two in its inventory, both used for round-trip flights from Baku to the United States.

Five other Boeing models, four 757-200 and one 767-300, comprise AZAL’s fleet. The company has plans to upgrade its fleet with five additional 787-8 Dreamliners, two Boeing 747-8F aircraft and ten 737 MAX Boeing aircraft, between 2018 and 2020 and based on a nearly $3 billion deal signed with the American jet manufacturer.

Alongside Russia’s state-run Aeroflot, AZAL is the only airline in the Caspian region that provides direct flights to the U.S.