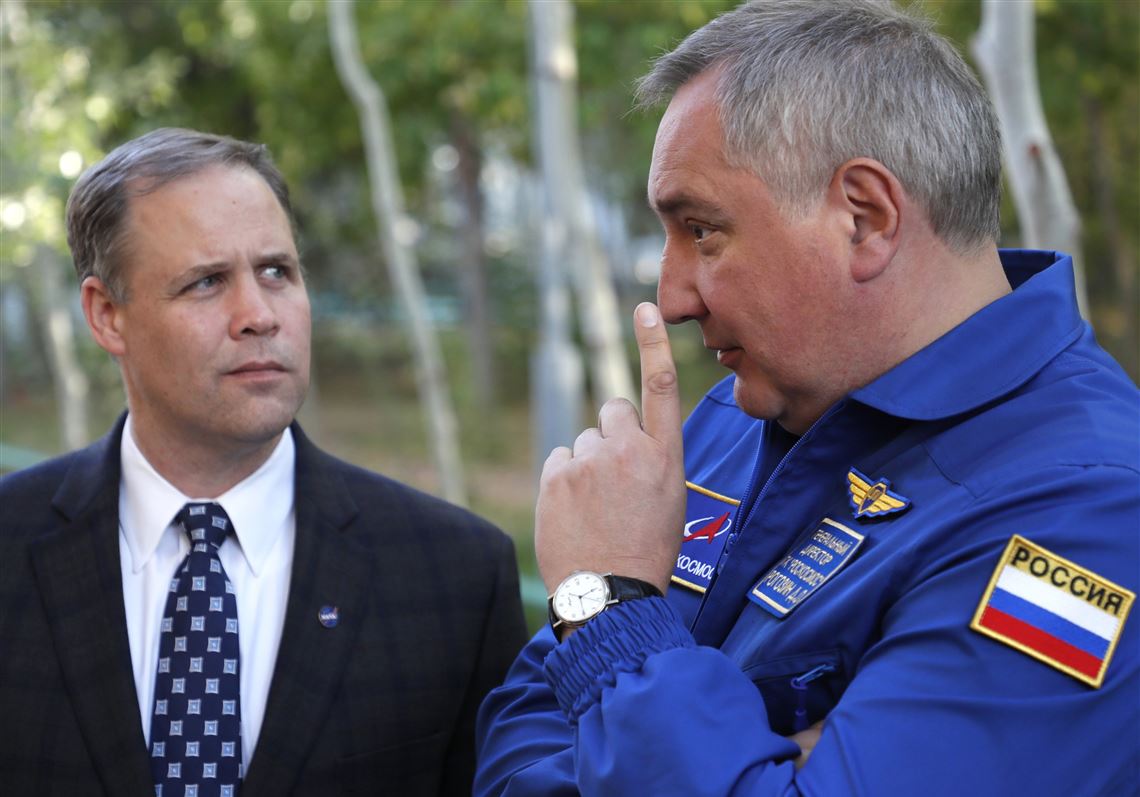 NASA and Roscosmos have worked together for decades. In 2014, they teamed up on a project called Venera-D, a mission to explore Venus, by 2026. The “D” in Venera-D stands for the Russian word dolgozhivuschaya, meaning “long-lived.” / Yuri Kochetkov / AP

Joint space exploration projects between Russia and the United States may be in jeopardy after officials from the National Aeronautics and Space Administration (NASA) rescinded an invitation extended to the head of the Russian space agency Roscosmos, Dmitry Rogozin, to visit NASA’s facilities in the U.S.

While diplomatic tensions between Moscow and Washington have been high for nearly five years, in part due to the Ukrainian crisis and alleged Russian meddling in the 2016 U.S. presidential election, Russo-American space exploration has largely been insulated from any political differences.

“A number of sensitive negotiations are underway for future cooperation,” RIA Novosti quoted the Director of the Space Research Institute of the Russian Academy of Sciences, Anatoly Petrukovich, as saying on Sunday. “One of the topics is the joint project Venera-D, the second one is the cooperation on the future exploration of the moon and the creation of a lunar station; the third is the cooperation on the International Space Station (ISS),” Petrukovich said.

In October 2018 following his first visit to Russia, NASA Administrator Jim Bridenstine said that Rogozin, who has been subject to U.S. sanctions since 2014, would temporarily have restrictions on him lifted so that he could visit Houston. Rogozin’s visit to Houston, Texas had been scheduled for February, during which time he was to visit NASA’s facilities such as the Lyndon Johnson Space Center where spacecraft are being developed and astronauts are trained, and speak at Bridenstine’s alma mater, Rice University.

But NASA’s invitation to the Russian official caused panic in Washington amongst lawmakers. On January 2, U.S. Senator Jeanne Shaheen (D-NH) urged NASA to withdraw the invitation to Rogozin because he had been sanctioned by the U.S. government over the Ukraine crisis.

“After receiving feedback from the Senate, we have rescinded our invitation to Roscosmos Director General Dmitry Rogozin,” CNN quoted NASA’s press secretary, Megan Powers, on Friday. “Russia is a key partner for NASA, and we look forward to continuing our cooperation,” Powers added.

However, Roscosmos has not yet received any official confirmation from NASA about the cancellation of Rogozin’s visit to the U.S.

“Roscosmos expects NASA to provide official explanations on its position concerning the organization of a return visit by the Russian delegation to the United States on the invitation that we have previously received,” read a statement posted to Roscosmos’ Twitter feed on Saturday.

The Kremlin described Friday’s announcement by the NASA official as a destructive step that will negatively impact space exploration between the two countries that have, historically, dominated the field.

“The United States and Russia have always played leading roles in the field of space exploration and space development,” RIA Novosti quoted Yuri Shvytkin, Deputy Chairman of the Russian parliament’s defense and security committee, as saying on Sunday.

Shvytkin added that the internal political atmosphere in the White House affects the development of the country and is preventing other countries from building bilateral relations with Washington.

NASA and Roscosmos have worked together for decades. In 2014, they teamed up on a project called Venera-D, a mission to explore Venus, by 2026. The “D” in Venera-D stands for the Russian word dolgozhivuschaya, meaning “long-lived.”

“Earlier, it was decided to support this work for five years starting from 2014,” TASS quoted Lev Zeleny, Deputy Chairman of the Council of the Russian Academy of Space and scientific director of the Space Research Institute of the Russian Academy of Sciences on Sunday. “These five years have actually passed, now there is a fork: either the work continues, or this mission remains a study on paper.”