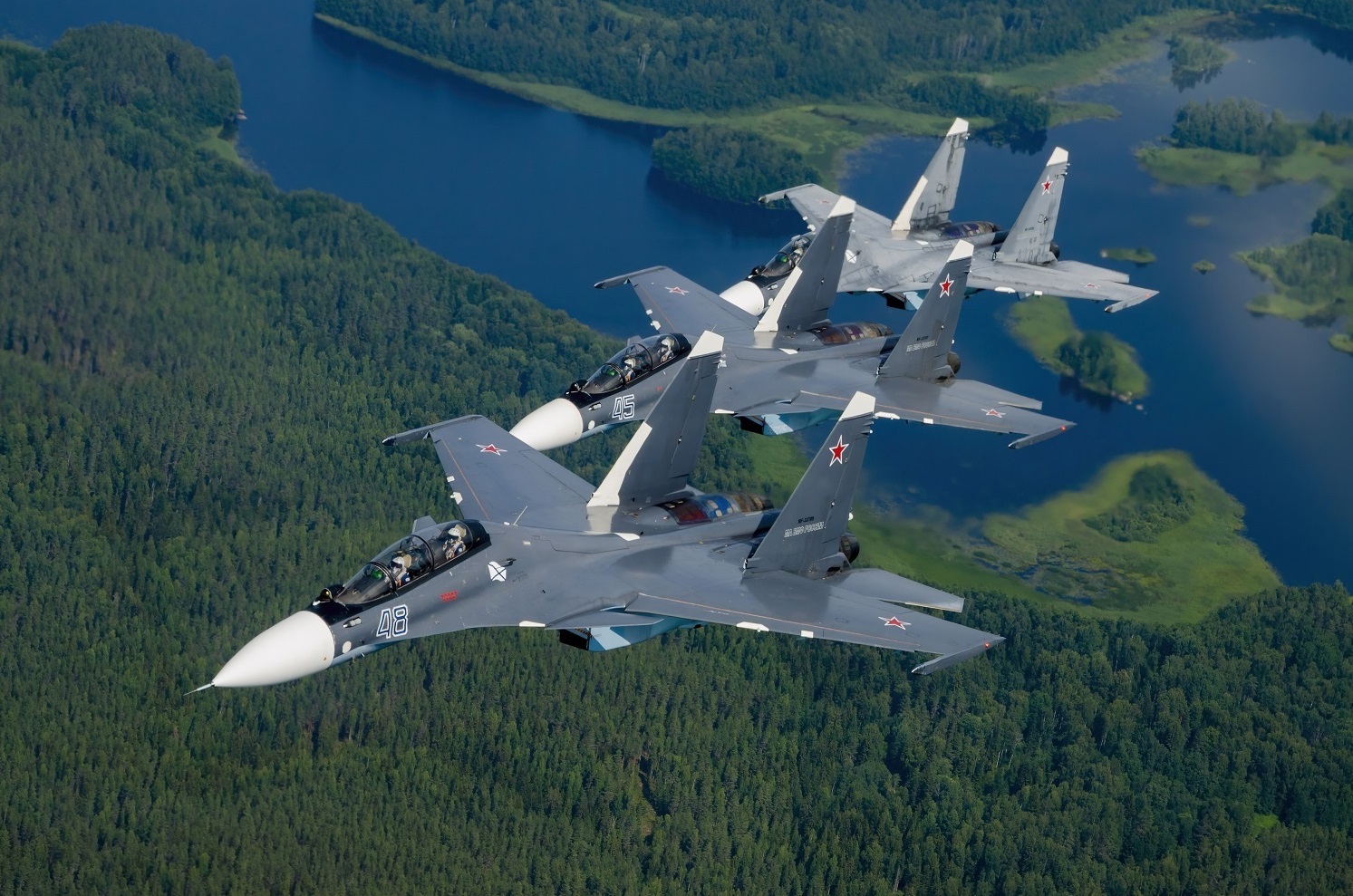 The aircraft landed at the Baranovichi airfield in the Brest region, 94 kilometers away from Hrodna, which homes the training center. The aviators are supposed to carry out joint combat duty to guard and patrol the borders of the supranational Union State.

The joint training center in Hrodna is one of three facilities Russia and Belarus agreed to establish during Moscow talks in mid-March. Following the meeting, the parties signed a strategic partnership program for the next five years that comprises more than 160 events, 40 percent of which are practical activities.

Su-30SM is a multi-role fighter manufactured by IRKUT, a subsidiary of Russia’s United Aircraft Corporation (UAC). The jet is developed based on the Su-30MK combat aircraft family and is equipped with advanced weapons and avionics. The Russian-made fighter can be deployed in counter-air strikes, counter-land, and counter-sea missions. In addition, it is capable of conducting electronic counter-countermeasures and early warning tasks. The aircraft also acts as a command-and-control platform within a fleet of combat aircraft performing joint missions.

Along with Russia and Kazakhstan, fighters of this kind are used in Algeria, Belarus, China, India, Indonesia, Malaysia, Venezuela, Vietnam, and others.

Meanwhile, the arrival of Russia’s jets in Belarus came two days ahead of the joint “Zapad-2021” military exercises. The drills, which will last through September 16, bring together up to 200,000 military personnel from the two countries to polish their mobility and readiness.

The exercise is a regular part of military training for the strongest military power in the Caspian region, which rotates among Russia’s four main strategic commands: Vostok (East), Zapad (West), Tsentr (Centre), and Kavkaz (Caucasus). The exercise has expanded internationally over the years, with Belarus joining in 2017 and China and Mongolia in 2018.

Maneuvers are expanded into the more multilateral framework by including forces from the regional members of the Shanghai Cooperation Organization (SCO) and the Collective Security Treaty Organization (CSTO). Troops from Kazakhstan, Kyrgyzstan, and Tajikistan are participating in the drills on the basis of their dual membership in the CSTO and SCO, while Uzbekistan’s involvement relates to its membership in the SCO.

Although Moscow and Minsk’s relations have experienced ups and downs over plans for deeper integration between the two countries, as well as a long-running oil dispute, Russia backs President Lukashenko, who has been in power since 1994.

Belarus — a former Soviet state — is vital to Russia both economically and strategically. Located between Russia and America’s NATO allies in northeastern Europe, Belarus serves as a buffer against the western military block. Both Russia and Belarus are co-founding members of the Union State, the Customs Union and Eurasian Economic Union.

Additionally, Belarus — a traditionally close ally to Russia — serves as a significant transit route for Russian oil and gas to Europe, its primary gas consumer, delivering 20 percent of Russian gas through its territory. Russia supplies nearly 39 billion cubic meters (bcm) of its natural gas to Europe, mostly to Germany, via the Yamal-Europe gas pipeline crossing Belarus.