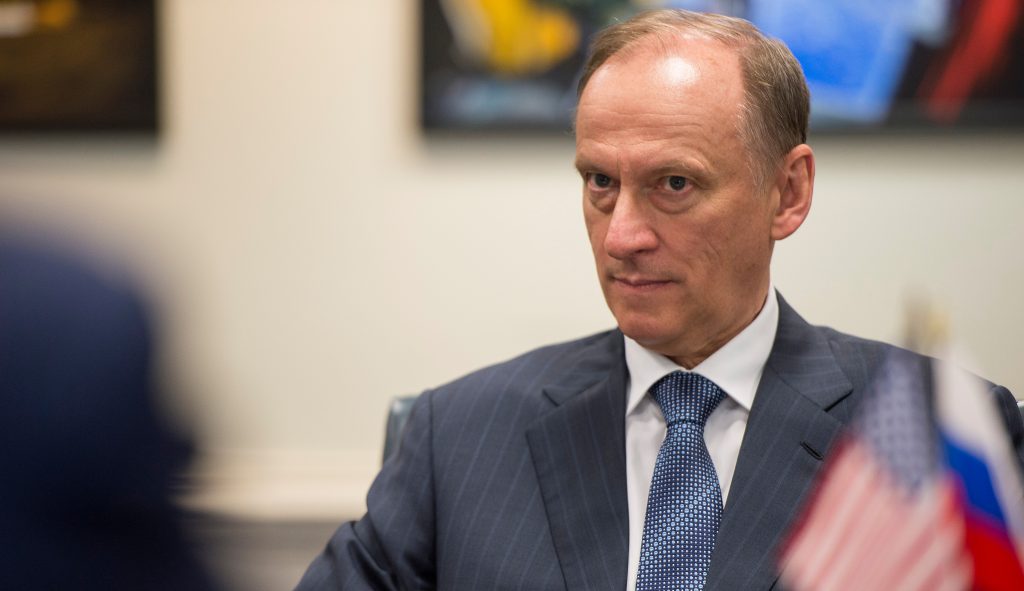 Russia’s Security Council Secretary Nikolai Patrushev says that Russia doesn’t want war, adding that those pushing for it are “pursuing selfish goals.” / US Secretary of Defense

“Currently, they say that Russia threatens Ukraine. Complete nonsense. There is no threat. The Ukrainians themselves, including officials, say that there is no threat,” RBC quoted Patrushev as saying on Sunday.

He further said that Russia doesn’t want war, adding that those pushing for it are “pursuing selfish goals.”

Patrushev echoed an earlier statement by Russian Foreign Minister Sergei Lavrov. On Friday, Russia’s top diplomat said that Moscow did not want war with Ukraine but wouldn’t allow the West to trample on its security interests under the pretext of alleged planning to invade Ukraine.

“If it depends on the Russian Federation, there will be no war. We don’t want wars. But we will not allow trampling our interests roughly, we will not allow them to be ignored either,” Lavrov said in an interview with Russian radio stations.

Tensions have soared in recent weeks amid regular statements coming from western officials who accused Russia of plotting an invasion of its neighbor and building up troops along the Ukrainian border. Moscow had repeatedly claimed that it was free to move its forces within its borders and had no plans to attack its neighbor. However, the United States and European Union have threatened to impose sanctions of an unprecedented scale if Russia invades Ukraine.

Russia, in turn, demands that NATO promise never to allow Ukraine to join the alliance and stop the deployment of its weapons near Russian borders and roll back its forces from Eastern Europe.

Moscow has repeatedly voiced concerns over the expansion of NATO’s presence along the country’s borders, claiming that any deployment of the western alliance’s troops to Ukraine threatens stability near Russia’s borders and may trigger a strong response from Moscow to ensure its security.

Earlier this week, the US and NATO formally rejected Russia’s demands for security guarantees, though Washington outlined areas where discussions are possible.

Ukraine, which is not a member of the EU or NATO, shares a border with Russia. However, the two former Soviet countries have been at odds since the 2014 crisis in Ukraine.

Ukraine accuses Russia of annexing the Crimean Peninsula that extends into the Black Sea. The Moscow-backed referendum held in March 2014 revealed that over 90 percent of Crimea’s residents reportedly wanted the peninsula to be under Russian control. However, the vote was declared illegitimate by Ukraine, Western countries, and the United Nations.