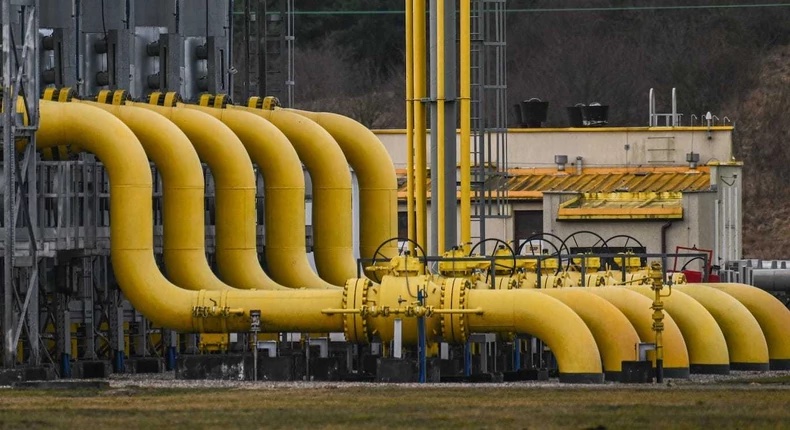 Both Poland and Bulgaria, almost entirely dependent on Russian gas, promptly reacted to the development, saying that Gazprom was in breach of contract.

Russia’s energy giant Gazprom has cut off gas supplies to Poland and Bulgaria after both countries refused to meet Moscow’s recent demand to pay in Russian rubles.

In a statement issued on Wednesday, Gazprom stressed that it had notified Bulgaria’s state-owned gas operator Bulgargaz and Poland’s PGNiG gas company about the suspension of gas supplies from April 27.

“Payments for gas supplied since April 1 must be made in rubles via new account details, of which the counterparties were duly informed,” the statement reads.

Last month, President Vladimir Putin announced the stipulation that all payments for Russian natural gas would have to be in the national currency rather than dollars or euros. He further ordered Russia’s central bank and gas suppliers to implement the change by March 31.

In its statement, Russia’s Gazprom also warned Bulgarian and Poland — both transit states for Russian gas — against any “unauthorized offtake” of gas supplies flowing through their territories.

“In case of unauthorized offtake of Russian gas from the volumes intended for transit into third countries, the transited supplies will be reduced by the volume that was offtaken,” the statement reads.

Both Poland and Bulgaria, almost entirely dependent on Russian gas, promptly reacted to the development, saying that Gazprom was in breach of contract.

Poland’s PGNiG confirmed that Gazprom’s supplies to the country via the Yamal-Europe gas pipeline had been halted and warned that the country reserved “the right to seek compensation” and would use “all available contractual and legal means to do so.”

PGNiG bought 53 percent of its gas imports from Gazprom in the first quarter of this year, but Warsaw has said it can get gas from other sources. Over the past few years, Poland has been working to reduce its dependence on Russian energy sources.

Meanwhile, Bulgaria is almost completely dependent on Russian gas. Gazprom is the gas supplier for Sofia, meeting more than 95 percent of Bulgaria’s national gas consumption. In response to Gazprom’s latest announcement, the country insisted it had paid for Russian gas deliveries for April and reiterated its stance not to pay in rubles for Russian gas.

“All trade and legal obligations are being observed, it is clear that at the moment the natural gas is being used more as a political and economic weapon in the current war,” Bulgaria’s Energy Minister Alexander Nikolov said.

Some experts believe that Russia’s ultimatum aimed to force the world to reengage with the Russian economy damaged by Western sanctions imposed after Putin decided to invade Ukraine. However, Russia faced fierce resistance from European nations, who have unanimously rejected the Russian president’s demand to pay for imported gas in Russian rubles, arguing that gas contracts must be honored in the currency they initially agreed to.

The European Commission described an announcement by the Kremlin-backed Gazprom as an attempt to use Russian gas as “an instrument of blackmail.” EU Commission President Ursula von der Leyen condemned Moscow’s move, saying that it has shown Russia’s “unreliability” as an energy supplier.

Comprising 27 countries with a total population of 447 million people, the European Union is considered one of the largest and most prolific markets for energy exporters, given its lack of domestic resources. For decades, Russia has dominated the continent’s natural gas market, with around 60 percent of imports being sold in euros and the rest in US dollars.

Since Russia launched what it called a “special military operation” in Ukraine, EU countries have been actively reducing their gas purchases from Russia. According to preliminary estimates, Gazprom may lose about a third of gas exports to Europe.