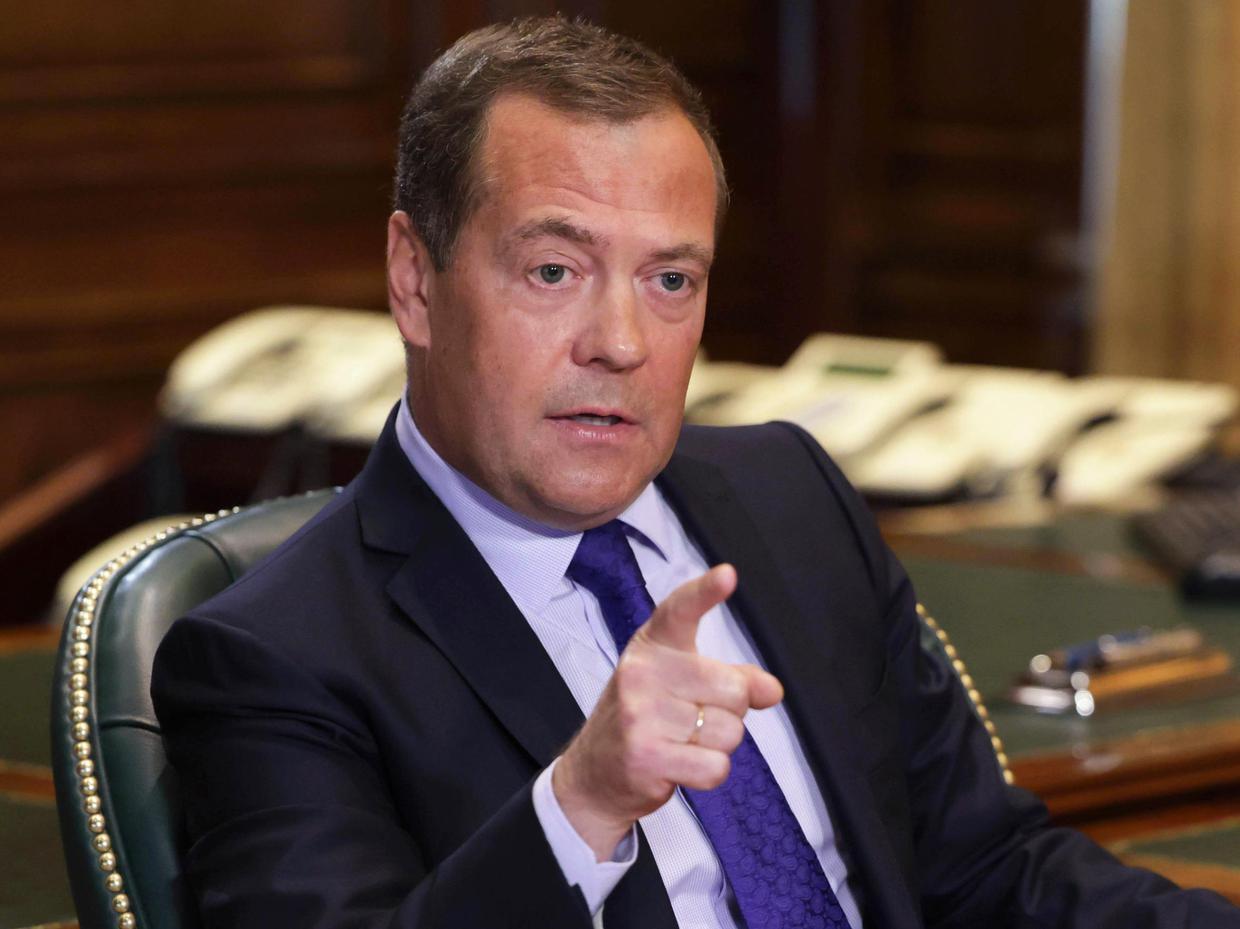 Medvedev’s statement echoed President Vladimir Putin’s recent address to the nation in which he accused the West of “nuclear blackmail” against Moscow and made it clear that Russia would use all weapon systems available to defend the country’s territorial integrity. / Ekaterina Shtukina / Kremlin Poolvia AP

The Kremlin has again raised the issue of the use of nuclear weapons in the war with Ukraine, assuming that the US-led military alliance will stay out of the conflict, fearing a nuclear apocalypse.

Dmitry Medvedev, a former Russian president who is now the deputy chairman of the country’s security council, said Moscow is entitled to strike against an enemy if it is pushed beyond its limits and that this is “certainly not a bluff.”

“Russia has the right to use nuclear weapons, if needed, in certain cases and in strict compliance with the Basic Principles of State Policy on Nuclear Deterrence. If we or our allies are attacked using this type of weapon. Or if aggression with the use of conventional weapons threatens the very existence of our state,” the senior official wrote on his Telegram channel on Tuesday.

Medvedev’s statement echoed President Vladimir Putin’s recent address to the nation in which he accused the West of “nuclear blackmail” against Moscow and made it clear that Russia would use all weapon systems available to defend the country’s territorial integrity.

Medvedev went further to say that Russia would do everything possible to prevent its “hostile neighbors” from acquiring nuclear weapons.

“We will do everything we can to prevent nuclear weapons from appearing in neighboring countries that are hostile to us. For example, Nazi Ukraine, which is directly controlled by NATO countries these days,” the statement reads.

President Putin first hinted at the possibility of using nuclear weapons at the start of what he calls a “special military operation” in Ukraine, warning that western interference would reap “consequences they have never seen.”

On February 24, Russia launched an all-out offensive in Ukraine, claiming that the assault was aimed to protect the people of the separatist-controlled regions allegedly being attacked by the Ukrainian military. The Kremlin explained that the decision was made after separatist leaders of the so-called republics had asked Moscow for military support against Kyiv.